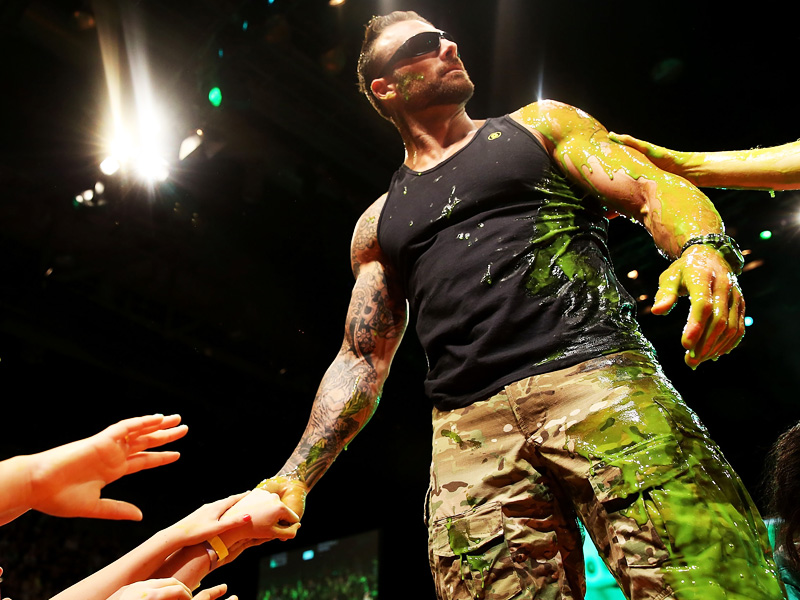 The latest season of The Biggest Loser is upon us and, as always, it will be a dangerous fantasy.

From September 13, as we watch transfixed with a mixture of loathing and pity, few of us will feel true concern for the safety of the contestants.

Our television screens will abound with the entertaining spectacle of tortured obese people pulling ropes attached to aeroplanes, pushing tyres across fields and crawling along their distended bellies with mouths full of sand, all while being lampooned by a handful of lean, bronzed celebrity trainers.

• Consumers warned over ‘useless’ pills and potions
• Common ways you are ruining your eyes
• Believe it or not, selfies could save your life
• This device could help office workers lose weight Sadly, research tells us that losing as much weight as you can, as quickly as you can — the entire premise of the show — is unlikely to lead to long-term success. And doing it from the starting point of morbid obesity is risky.

Successfully losing weight and keeping it off for the rest of your life is about as likely as an amateur footballer making it to the AFL, or a young executive taking over the company as a CEO within 10 years. It shouldn’t be, but it is.

In the world we live in, how can a middle-aged business person who works long hours, sits all day, likes to eat and has no interest in sport, health or fitness successfully find the three or four training sessions a week and the time to cook lean, healthy meals to turn their life around?

The key ingredient missing from the show is an emphasis on helping the contestants add a fitness aspect to their identity. Without this, these people are unlikely to exercise and eat well into the future.

Having worked with professional athletes, experienced trainers and competitive bodybuilders, the one thing that has stood out to me is that they don’t turn up to the gym day in and day out because they’re necessarily more motivated, or have great goals they are chasing. Many of them train only to maintain a certain level of physical conditioning. They turn up because they have embraced sport, health and fitness as part of their self-view. To not turn up to the gym would not be a relief like it is to many people; it would in fact create feelings of discomfort, because not going goes against their view of themselves.

Research has shown that those who embrace a health and fitness self-schema, those that see themselves as fitness-minded people, are more likely to turn up.

The trainers on The Biggest Loser fit into this category — it’s their work, their interest and a big part of their life. They write books about it and they give talks about it. The contestants don’t. Are they ever really made to feel like they could?

Gaining this self view doesn’t come from goal-setting, motivational books or by entering The Biggest Loser. Those that achieve that end make a decision that they want to identify with that. It doesn’t mean you have to become a personal trainer.

It doesn’t mean you have to leap into the gym industry or join the Crossfit cult, but it does have to be pervasive, and it does have to require dramatic change in how your see yourself.

Perhaps the biggest stumbling block for people is the person in the mirror. With so much social pressure on physical appearance, how can one embrace an identity of fitness and health when they simply don’t look like it?

This is where the trainers of The Biggest Loser can help the most. But instead of being role models, they become drill sergeants.

Davin Sgargetta is the editor of Muscular Development Magazine and has undergraduate and post-graduate degrees in psychology.

Why TV weight loss is a ‘dangerous fantasy’