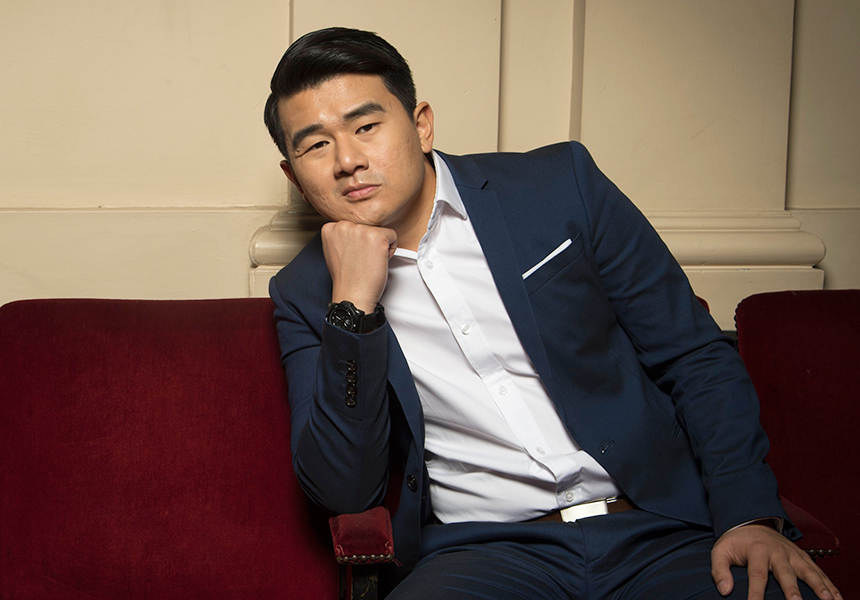 I’m not trying to evangelize about the benefits of my eating routine. The following is a personal account of an on-going health and fitness journey and is not inteded to be used as a health or medical guide.

Professional personal trainers and dieticians have made it their life’s work to understand the human body and weight loss, and I possess a fraction of their expertise at best. Please seek professional medical advice before attempting any weight loss methods described here or elsewhere.

About eight weeks ago I was starting to feel really sloppy.

Rinse and repeat the next day. And the day after that.

One of the supposed perks of being a touring stand-up comedian is doing whatever you want with your day, including the above routine. But as a soon-to-be 30-year-old man I just wasn’t feeling like I was living the dream anymore. It was more like I was eating the dream and then sleeping on it.

I guess that’s the danger of having no routine or restraint, with no one standing over your shoulder checking your behaviour – there is a high chance of becoming a disgusting mess.

So that’s when I decided to make some lifestyle changes. Being on tour meant that I couldn’t settle in with one personal trainer or one gym, so I needed something mobile. Also, I was out of shape so I couldn’t jump straight into the Ultimate Cross Fit Workout without tearing every muscle in my body.

So I started by downloading an app to help with calorie counting (MyFitnessPal). I’ve always been an over-eater. Partially because I’m greedy with food, but also because I was taught from a young age to not waste food, so I always cleaned my plate (and usually the plates of close friends around me).

Turns out “it’s terrible to waste food” is only half of the lesson my parents should have taught me. The other half is “after you turn 25 your metabolism is going to slow down and over-eating will cause more problems over the long term so it’s ok to not finish that scoop of butter posing as mashed potatoes or the french fries on your friend’s plate”.

The calorie counting app has a database of foods including well known dishes and brands. It can even scan bar codes of supermarket items.

It’s still annoying, but that’s the point – to keep me aware of my intake. It’s even more annoying when you’re out with friends having a fancy degustation.

You end up looking like you’re spending the entire dinner on your phone, which you are, but it’s because you’re trying to look up how many calories are in a “slow roasted western australian marron served with seasonal mushrooms, black truffle and madeira.” What is madeira? Also, how many grams of marron do you think this is? Fifty or 150? Let’s say 100g. After all, you’re only literally cheating yourself.

So calorie-counting for two weeks helped put some restraint on my physical instake. But what about my head? I felt like I was growing a little sloppy in the mind too, and it’s my business to stay mentally sharp.

I started looking at apps to help with meditating and with memory and problem solving. I tried a few guided meditation apps but I kept going back to the Calm app because it had the voice I liked the best.

The Luminosity app provided me with daily changing mind games of increasing difficulty for a subscription fee. Some people baulk at the mention of charges on an app, but the way I see it, if you’re willing to spend $50 a night on alcohol, why not put that money towards improving your mind?

After two weeks of having a routine of waking up, learning to meditate, doing some mental exercises and readjusting my eating quantities I was feeling better. But it wasn’t enough. I read somewhere that refined carbs and processed sugar release a large amount of energy really quickly in your body, but because they burn so quickly they make your body start to crave them. Hence a chocolate, ice cream, pizza addiction.

So if I was going to take this to the next level I would have to cut those out of my diet too. I started buying and cooking from supermarkets while on tour, because I could be sure of the calorie count and content when I made it myself at home. The first week was hard but I slowly found myself getting better at avoiding what I needed to avoid.

Talking to fellow comedians about it would be weird too. It felt like I was directly insulting them when I told them what I was doing and what prompted it.

“Oh, I didn’t mean…I wasn’t trying to describe you…”

“So you can’t eat carbs or sugar?”

“Well I can, I just don’t want to eat any of that stuff because I know I’ll get hooked again. It’s a spiral for me.”

“No! I don’t even know what that means. If I’m paleo it’s completely accidental. Look I’m not one of those guys who keeps talking about their diet. I’m just doing this for me right now.”

So it’s been eight weeks of calorie counting and daily walks. My energy levels are good but I concede that could be a placebo effect. What’s empirically quantifiable though is that I’ve lost about two jeans sizes.

I haven’t fallen off the wagon yet (although I came close when I was back doing shows in Malaysia – literally the best place for food in the world in my opinion. Willpower won out over appetite though.). And the longer I go without pizza, bread and dessert the less and less I crave them.

How long can I keep it up? As long as I can. “Lifestyle change” not “diet” remember? Wish me luck. Look I’m not trying to evangelize about my eating routine but…

Ronny Chieng will be touring Australia this September and October with his show ‘You Don’t Know What You’re Talking About’.