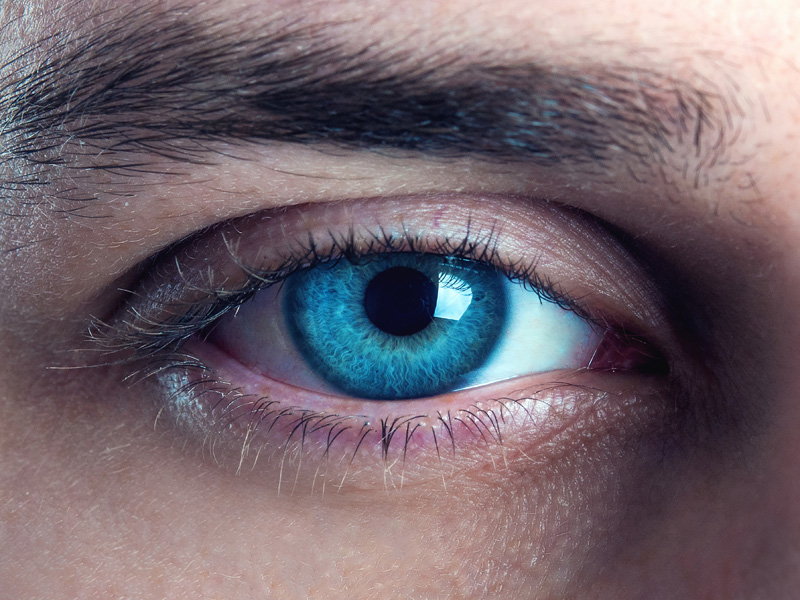 Australians are deeply concerned about the health of their eyes, but seem to know little about the topic, a new survey has revealed.

The vast majority (86 per cent) of adults fear losing their sight more than any other sense, a poll conducted for eye glasses retailer OPSM found.

• Believe it or not, selfies could save your life
• This device could help office workers lose weight
• Two of these will boost your brain power

And yet, the majority admitted to being ignorant about crucial areas of eye health.

For example, 71 per cent could not distinguish natural eye ageing from the treatable condition of macular degeneration. And 83 per cent did not know diabetes could cause vision loss. The need to prevent eye damage was clear from the survey. In the past five years, two-thirds (66 per cent) noticed a change in their vision, it found.

Here are some of the worst sins we perpetrate on our peepers.

Failing to get your eyes checked

The survey found more than half (53 per cent) admitted they would not get their eyes tested if their GP recommended it.

An expert told The New Daily such tests are crucial because approximately 80 per cent of vision impairment is preventable if detected early.

“What we’re finding is that the motivation for getting a test is coming when vision changes. In some cases, that’s shutting the gate after the horse has bolted,” Optometry Australia resident optometrist Luke Arundel said.

Glaucoma is one of the “sneaky” conditions that can go undetected without a check-up until it is too late, he said.

“It’s an invisible, painless disease, the sad truth being that a lot of folk are out there undiagnosed right now.

“Because it’s nerve damage, there’s no getting it back. If we pick it up early, we can stop you losing the vision, stop you from going blind, but we need to be ahead of the game.”

Staying indoors too much

Worldwide, the problem of short-sightedness (myopia) is “out of control”. Experts are unsure of the exact cause, but many blame a lack of outdoor time during childhood.

In the past 15 years, myopia rates among Australian 17-year-olds increased from 20 per cent to 30 per cent.

Those who are shortsighted see nearby objects clearly, but faraway objects appear blurry. Their risk of glaucoma and retinal detachment increases.

Excessive UV light exposure is linked to cataracts, macular degeneration, lid and eye cancer and pink, fleshy growths on the white of the eye (pterygium).

Despite the risks, approximately a quarter (25 per cent) of Australians never wear sunglasses.

“This one is a no-brainer,” Mr Arundel said. “Get on the sunglasses.”

No need for an expensive brand, he said. Just ensure the pair has a UV rating and thicker or wrap-around arms for side protection.

Eating unhealthily has been linked to macular degeneration and accelerated eye ageing.

Type II diabetes, caused by poor diet and obesity, can also trigger eye bleeds leading to blindness. In the OPSM survey, fewer than one in five (17 per cent) knew of this link.

The Australian diet is deficient in antioxidants found in vegetables and fruits. We also eat too much meat and not enough fish, Mr Arundel said.

“Antioxidants are very important to the health of the eye.”

Mr Arundel has seen a “litany” of contact lens errors committed by patients, which put their eyes at risk of “serious damage” from infections.

“When used properly, they are very safe, effective vision correction. But a lot of people tend to be a little bit blazé about it.”

Failing to clean the lenses, storing them in saline solution rather than using prescribed cleaning solutions and re-using the lenses too many times are “the big ones”, Mr Arundel said.

“They build up microbes, bacteria, stuff like that and that can have serious effects.”

Sharing mascara is commonly cited as risky behaviour because, as Mr Arundel agreed, the pots can get “festy” with bacteria.

But eyelash extensions are a bigger and lesser-known problem, he said.

The application of fake lashes can involve toxic glues, which trigger “really bad” allergic reactions. The weight of the extensions can tug on the natural lashes, resulting in permanent eyelash baldness. Unsterile equipment can spread infection. Poorly trained staff can accidentally injure eyes.

“Repeat application of false lashes can be an issue.” Common ways you are ruining your eyes