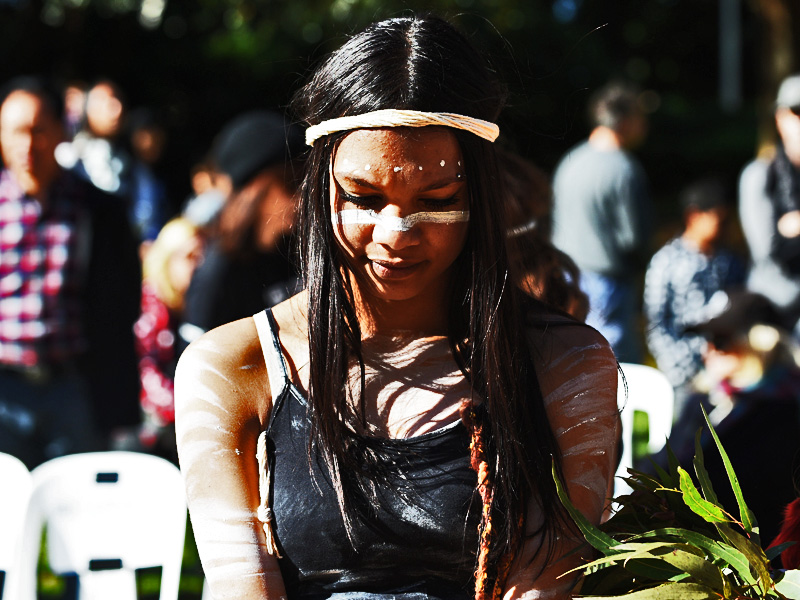 Single Indigenous mother of five Linda feels too ashamed to seek help for her mental illness in Kuranda, a small town 25km northwest of Cairns in Far North Queensland.

Her son John, 17, has been “judged a lot” for his own mental illness and Attention Deficit Hyperactivity Disorder (ADHD) by some in their community, but still she does not take him to the local mental health clinic.

“A lot of my family disowned him. They didn’t understand the problem and they just thought he was naughty. We weren’t invited to places or their homes or anything like that.”

For “many, many” years, Linda struggles alone, unaware of help. Now she knows of the Wuchopperen clinic. The trouble is, “everybody knows everybody”, so the mother and son stay away.

“A lot of people don’t like going there,” she says. “You’ll know some of the health workers.”

Outback Australia lacks health services. Those it does have fail to cater to the unique needs of the indigenous population. The system fails them. They suffer in silence.

Widespread chronic disease and premature death partly explain it. It is an endless cycle of loss and grief.

The pain of the Stolen Generation lingers, the loss of The Land still felt.

“Some are still dealing with hurt of colonisation, of being a minority in Australia, of feeling powerless and marginalised and unsure of their identity,” Psychologist Barbara Miller says.

She says health care workers must abandon the Western model of individualism and focus instead on kinship if we are ever to solve the problem.

The need is great, but the knowhow and resources sorely lacking.

A gaping hole in the system

In Mount Isa, where Dr McBain-Rigg conducted her PhD on the topic, the local youth mental health service was accessed via a door shared with sexual health services. Very few young indigenous adults would enter.

“People didn’t like going there. They wanted to find different ways to get into the building … They just won’t come. They won’t walk through those doors.”

The few clinics in Mount Isa that did cater to Indigenous culture proved very successful.

One of these used a walk-in system. Appointments work well in Western society, but not for the Indigenous.

A second initiative, the Kalkadoon Alcohol Sobriety House, was the only rehabilitation program in Australia to welcome family members of alcoholics, rather than just the addict. It saw better results.

“The idea was, in order for this one Aboriginal person who is addicted to grog to get off it, we actually need to affect change within the family group around how to support them through that process,” Dr McBain-Rigg says.

Back in Kuranda, Linda says she would prefer to talk with an Indigenous person, as no one else understands her cultural bonds.

“You know some people they don’t understand that we look after our family no matter what sort of illness they’ve got.

“When one person is sick in the house especially with mental problems it affects the whole house. It doesn’t affect just one person.”

“To the non-indigenous world, an indigenous person being spiritual, being visited by dead people … can be and has a lot at times been considered delusional.

“One of the reasons why I did continue in my field was because I found there was a lot of misdiagnosis due to spirituality versus a diagnosis.”

There are some culturally appropriate services in the outback, but not enough to cope.

“There are not many days where I have time to scratch myself,” Mr Creek says.

Adding to the mental turmoil is the lingering fear the West Australian government will close remote communities, inflicting further isolation.

“You restrict their connection, their activities on their country, you are going to drive that suicide rate higher than what it already is, which is at an international concern. I just don’t understand how they could be so ignorant to our connection to the country,” Mr Pigram says.

“I acknowledge that some of what has been said in the past about the state government’s plans has created confusion and anxiety. To be clear, there is no overall plan to close Aboriginal communities. There is no list of communities that will have services reduced,” Ms Morton says.

Instead, the Minister claims her government will prioritise investment in economically feasible areas that provide the best chance of keeping children safe and with access to education.

She also emphasised that Aboriginal communities would be consulted throughout the process.

Mr Pigram says desperately needed holistic care and cultural awareness will not be achieved if Indigenous people are stripped of their connected to The Land.

“There always has to be that country connection. If you don’t, you lose your identity and you just end up lost.”