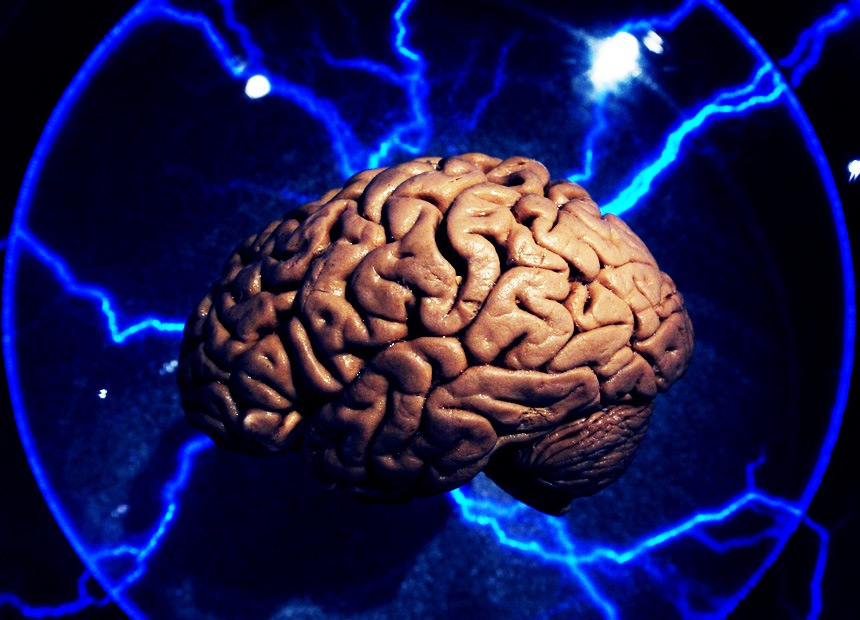 In 2010, James Sinnamon cycles to his afternoon cleaning shift at the Royal Brisbane Women’s Hospital, his brain as clear as any 50-year-old.

As he rides by a school, a four-wheel-drive car on the wrong side of the road smashes into him. The last thing James remembers is a moment seconds before the collision.

When he wakes in hospital, James learns his mind is forever impaired. Doctors diagnose him with diffuse axonal injury, the most common form of brain damage, which weakens his memory.

“One thing that people notice is because my brain doesn’t go as fast, I can’t always keep up with people’s conversations so I miss out a fair chunk of what people have said.”

More than 1.6 million Australians have some form of brain injury, Brain Injury Australia has estimated. Until now, recovering full cognitive function after suffering trauma has been almost impossible. But a revolutionary new technique is giving Mr Sinnamon and others hope.

Mr Sinnamon has volunteered for his damaged brain to be zapped with mild electrical shocks, which has the potential to give him back some of his mental faculties.

Two kinds of mild brain stimulation, known as transcranial direct-current stimulation (TDCS) and transcranial magnetic stimulation (TMS), are being tested as a treatment for a range of mental conditions, including depression, head injuries, Alzheimer’s and schizophrenia.

The Monash Alfred Psychiatry Research Centre (MAPRC) is testing TDCS on Mr Sinnamon and other patients with mild to moderate head injuries to determine if the technique can improve memory and attention. Its researchers will also experiment on test subjects with memory issues and Alzheimer’s using TMS later this year.

TMS uses a magnetic field to trigger nerve cells in targeted regions of the brain, whereas TDCS uses a mild electrical current.

“It’s not going to be curative because we’re not addressing the actual disease process, but we’re boosting activity and potentially boosting neuroplasticity functional connections, structural connections even,” Dr Hoy tells The New Daily.

The research centre has already found that 20 minutes of targeted electric current (TDCS) seems to enhance the working memory of those with schizophrenia, based on a test of 18 patients. It is thought to be milder than the magnetic method, which has been studied as a remedy for depression for over 15 years and is known to have a positive effect on improving mood, motor and cognitive functioning.

Both treatments have possible side effects, such as headaches, neck-aches, itchy scalp and twitches, though these usually subside over the course of treatment. Seizures can also be triggered, but usually only in those with a history.

Her sentiments are echoed in a recent paper published in medical journal The Lancet, in which German researchers describe the interactions between both procedures and brain activity as “poorly understood”.

Dr Hoy is concerned about the online sale of electric shock headsets, which claim to mirror the possible benefits of TDCS. Many of these users are gamers hoping to improve their skills.

She believes these claims are unfounded and argued that brain stimulation is more effective as a treatment for impairment. She also said increased dosage in healthy individuals can do more damage than good.

“People have an innate cognitive ability and we can’t push people beyond that,” she says,

“There’s been some research in the motor area where if you apply stimulation for 30 minutes instead of 20 you get a reversal of the effect and you get a decrease in brain activity instead of an increase.”

Magnetic brain stimulation is currently available through the private healthcare system as a treatment for depression.

Dr Hoy is optimistic electric stimulation will be added in the next decade, provided there is appropriate funding and further proof of its effectiveness.

“I think it would be impossible to get back to what I was before the 18th of May 2010, but I hope to be close to the same mental ability that I had then.”