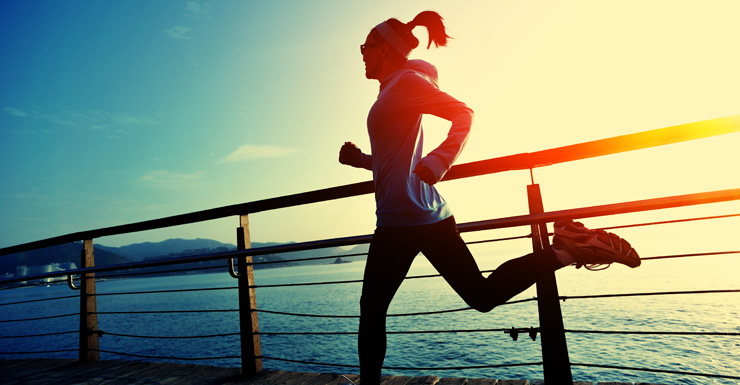 An hourly two-minute stroll when you would usually be sitting at your desk or lounging on the couch could stave off an early death, scientists have claimed.

Those few, precious seconds of exercise could cut your risk of dying by a third, the study published in the Clinical Journal of the American Society of Nephrology found.

“To see that light activity had an association with lower mortality is intriguing,” lead scientist Professor Srinivasan Beddhu from the University of Utah said in a statement.

• Why the rise of the ‘dadbod’ is good for men
• Government to you: start lifting your weight!
• Desk-bound Aussies drained of crucial nutrient

This is not the good news it seems. It is more an indictment of our sluggish lifestyles and a dire warning of the perils of inactivity.

Currently, an “alarming” level (57 per cent) of Australians are not active enough to promote their health, the Heart Foundation has warned.

Getting up and walking around will help, but won’t do on its own.

“This study does support the benefit of getting up off your backside regularly rather than sitting for hours on end,” said Australian Institute of Fitness spokeswoman Rosemary Marchese.

“This doesn’t mean that this is enough to achieve significant improvements in the strength of heart, muscles and bones.

“Basically, you need to exercise daily and get up and move regularly from prolonged sitting positions.”

So just how much extra should you do?

Everyone should be doing at least 2.5 hours a week (or 30 minutes a weekday) of aerobic exercise, and two sessions of strength-building activity.

The heavy-breathing stuff can be done in small chunks or larger bouts, and the heavy-lifting stuff should be done on two separate days.

And yet, only 43 per cent of adults get the minimum levels, the Heart Foundation has found.

Do we really need to do that much?

“If this were a drug, we’d all be taking it. Our doctors would all be prescribing it, and we’d be describing it as a miracle medicine.”

If we were all to meet these guidelines, the Heart Foundation has calculated the incidence of the following diseases would be reduced:

In addition to this “spectacular” list of benefits, there is also new evidence that physical exercise prevents Alzheimer’s and slows cognitive decline as we age, Associate Prof Shilton said.

How can you meet the guidelines?

How much exercise do we actually need?