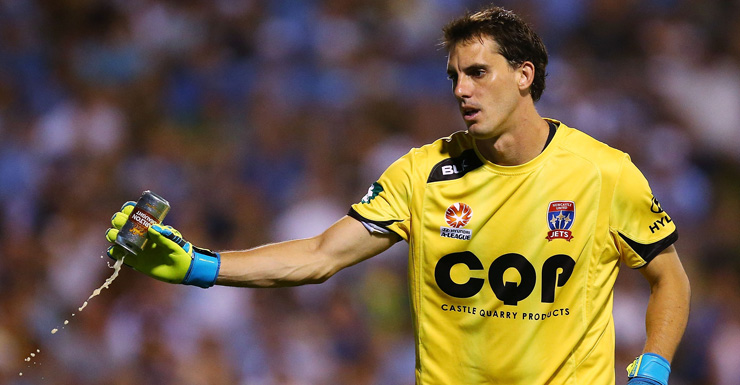 The majority of Australians have become “cynical” of the alcohol industry, its “swamp” of advertising and the “depths” of power it wields, researchers have claimed.

One of the nation’s most comprehensive alcohol polls has supported the claim, revealing consumers want to curb the industry’s political influence and its marketing reach.

Most (at least 60 per cent) want booze companies banned from political donations and their ads removed from public transport and daytime TV, with 69 per cent describing the levels of booze advertising as inappropriate, the Foundation for Alcohol Research and Education (FARE) reported in its sixth annual survey released on Thursday.

• Heroes to zeroes as the World Cup runneth over
• Alcohol’s benefits may be ‘harmful propaganda’
• Is a month off alcohol worth it?
• Are you drinking too much?

We have rightfully become “wise” to industry “tactics”, said FARE director of policy and research Caterina Giorgi based on the data.

“It’s time the industry are held accountable for the harm their product causes,” Ms Giorgi said.

The majority also believe these companies target young people and underage drinkers (59 per cent), and want alcohol companies to do more to prevent harms (66 per cent) and especially to pay to reduce harms (70 per cent), the survey reported.

The industry is “hugely involved” in politics, and consumers have realised this, said leading alcohol researcher Professor Mike Daub.

“They have lobbyists, they make donations, they’re in and out of politicians’ offices,” Professor Daub said.

“We’ll never get to the depths of it.

“The public is pretty cynical of our politicians. They see they’re not acting on alcohol policy and they ask themselves why.

“People have become aware of the harms, and are feeling absolutely swamped by alcohol promotion.”

But the annual poll has been challenged as “spin” by an industry figure.

The community was actually less concerned about alcohol, said Brewers Association chief executive Denita Wawn based on the survey results.

For example, the percentage of respondents who thought more needed to be done to reduce alcohol harms fell six points from last year to 73 per cent.

Fewer people believed the nation had a problem with alcohol abuse (down three points to 75 per cent) and fewer thought these problems were unlikely to improve in the near future (down five points to 71 per cent).

While levels of concern may have dropped, FARE chief executive Michael Thorn said there was an appetite for change among voters.

“Alcohol has long been seen as an issue that’s too hard to touch, but the poll shows this couldn’t be further from the truth,” Mr Thorn said.

“A majority of Australians think alcohol is a problem, the majority support a range of policy solutions.

Beverage giant Lion declined to comment on the poll results.