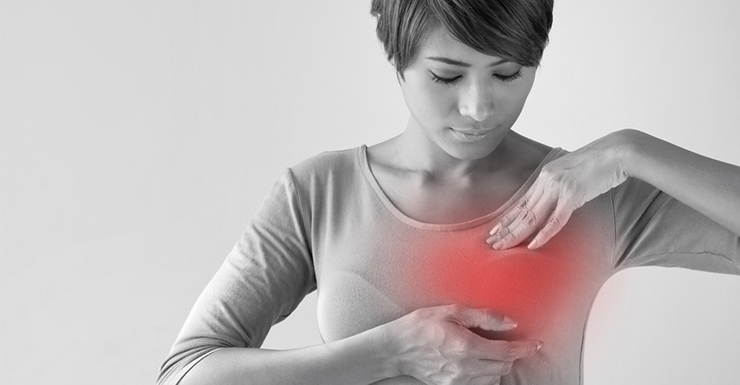 Women who find possible signs of breast cancer are putting off visiting their GP, a study from the UK has found.

The research, for Breast Cancer Care, reported that 17 per cent of women diagnosed with breast cancer had waited more than a month to make an appointment with a doctor after finding a symptom, while one in 20 delayed for more than six months.

Professor Bruce Mann, director of the Combined Breast Service of The Women’s and the Royal Melbourne Hospital, believes a study in Australia would yield similar statistics.

• Who will be affected by breast cancer? All of us
• Top execs to compete in Boardroom Challenge

“We certainly have people who, when they present, have clearly known about a definite change for a long time, and my impression is that for many that’s due to either fear or denial,” says Professor Mann.

“That is unfortunate, because breast cancer treatment nowadays is highly effective and the sooner someone presents, the easier and more effective it is.”

He was keen, however, to distinguish between the two statistics that were drawn from the study.

“The report that 20 per cent wait a month after spotting a potential symptom doesn’t bother me very much because a lot of women have some lumpiness, and it might just be a cyclical change,” he says.

“The idea that any change needs to be reported immediately because waiting a month is going to change things from curable to incurable is a little alarmist.

“The bit that bothers me is that one in 20 wait more than six months – with potentially fatal consequences,” he continues.

Warning signs – what to look for

The National Breast Cancer Foundation recommends monthly self-examinations for women of all ages, listing the following symptoms to look out for:

• A lump, lumpiness or thickening of the breast
• A change in shape, crusting, a sore or ulcer, redness or inversion of the nipple
• Discharge from the nipple that is blood-stained, clear or occurs without squeezing
• Changes in the skin of the breast, such as any puckering or dimpling of the skin, unusual redness or other colour change
• Changes in the size or shape of the breast. This might be either an increase in size or a decrease in size
• Unusual and persistent pain that is not related to the normal monthly cycle and occurs only in one breast

“If a woman finds something that’s clearly abnormal, she should report that to her GP promptly for investigation,” advises Professor Mann, who warns against relying solely on a mammogram.

“Some cancers that you can feel, aren’t actually visible on a mammogram. If you’ve felt something, tell your doctor.”

Smaller changes, on the other hand, can be monitored for a little longer.

“A more common situation is where a woman thinks she might have a change but isn’t sure – particularly in pre-menopausal women,” he says.

“In that situation, she should see what happens for one menstrual cycle or two. If after that she believes something is different from what it has been in the past, she should report that and get it properly investigated.”

The key, he says, is for all of us to be more breast aware.

“That will lead to earlier diagnosis. It also minimises the paranoia that can come from jumping at shadows.”

The New Daily is a proud partner of the Mother’s Day Classic, a fun run and walk, which raises funds for breast cancer research. It will take place on May 10. Visit the website to register online before the event.