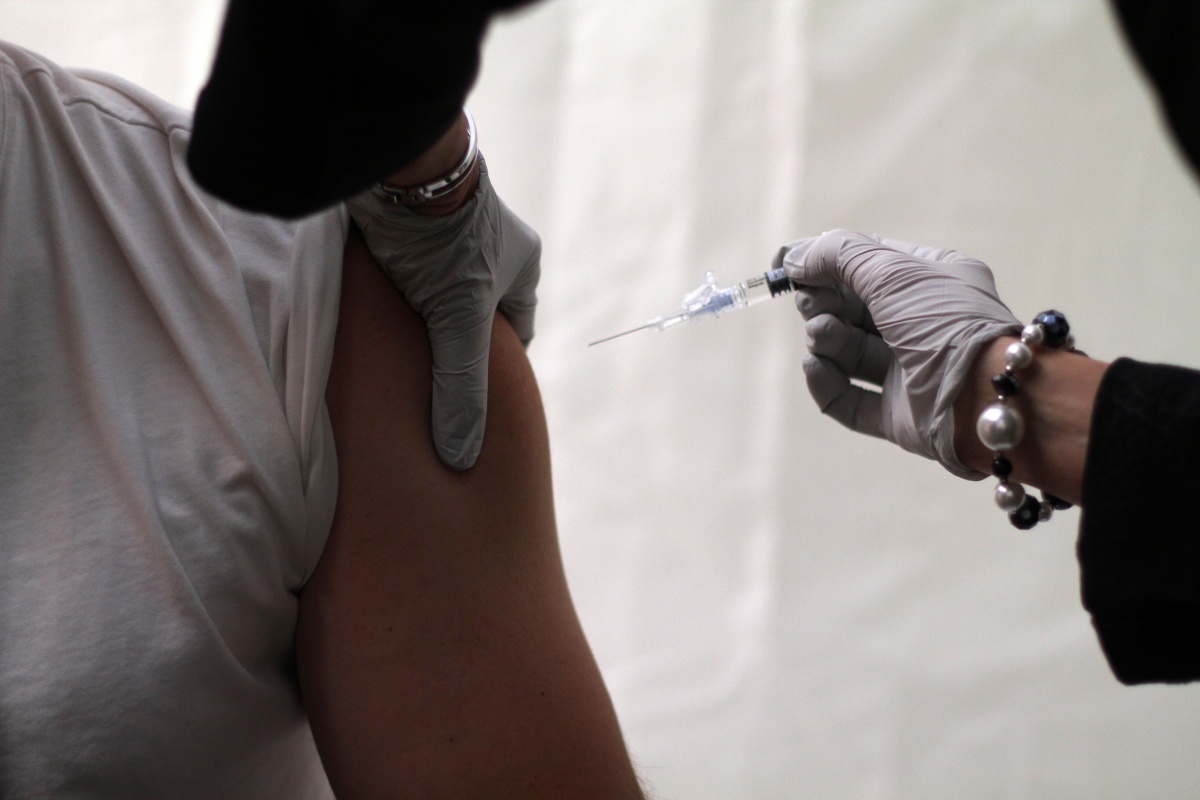 Health experts are urging Australians to protect themselves with a flu vaccine ahead of winter. Photo: Getty

Australians have six weeks at the most to get a flu shot before cases start to rise on the back of a particularly bad winter, an influenza expert has warned.

There had been a delay in availability of the influenza vaccine because of a change to the formula.

Influenza Specialist Group chairman Alan Hampson said it took time to get all the strains into the flu vaccine.

• Dieting vs exercise: which one is better for you?
• Hamburgers are ‘destroying the planet’
• Australians have ‘had a gutful of booze’

“You have to select the vaccine strains, which was done back in September, then you’ve got to work them up so that they can grow, then manufacturers have got to work them into production which is not easy, and this year it’s taken a bit longer than usual,” Dr Hampson said.

“So there has been a delay, particularly in the publicly funded program, for the people who are in the risk groups who get the vaccine from the government.”

Dr Hampson said many doctors’ surgeries already have supplies of the vaccine and he urged people to make an appointment to get the jab, saying many people underestimate the threat of influenza.

“It does nasty things to your body,” he said.

“The inflammatory response that happens when you have influenza can do all sort of bad things.

“It can precipitate heart attacks, strokes and things of that nature, so if you’re going to be prone to any nasty affects and have underlying risk conditions then you are at risk of getting a nasty infection.”

He said the flu was indirectly linked to a number of deaths each year.

“You don’t necessarily put them [deaths] down to influenza because they occur after the event, but it can be precipitated by influenza and people just don’t realise that,” Dr Hampsom said.

Because of the delay in the publicly funded influenza vaccination program, there had been some confusion over whether people who have already received a shot are covered.

“Any vaccine that has been distributed in Australia this year is the updated vaccine, so you don’t need another dose,” Dr Hampson said.

“It’s really that the government program contracts for a lot of vaccine to go to doctors’ surgeries around Australia and it has to contain vaccine for everybody.

“One of the issues with locally produced vaccine at the moment, although it did become available earlier than the overseas vaccines, it’s not registered for children and so the government wasn’t prepared to put out vaccine until they had a full set of vaccines for older adults and for children and for all the rest of the risk groups.”

“There was an unexpected event in 2010 when we did see a lot of febrile reactions in children and it was due to one particular vaccine,” he said.

“All the vaccines that are now available for children have been closely monitored and studied and it’s an ongoing study so that any signal now that there’s anything unusual going on will get to the government very quickly to get to the TGA [Therapeutic Goods Administration] and it will be stopped.

“Children are a little more likely to react adversely to influenza vaccine than adults but I think, on the whole, the vaccines now are very safe.

“The most you can expect for a reaction to vaccine is a bit of a fever and you may be slightly off colour for a day or so.”

Should you get the flu shot this winter?