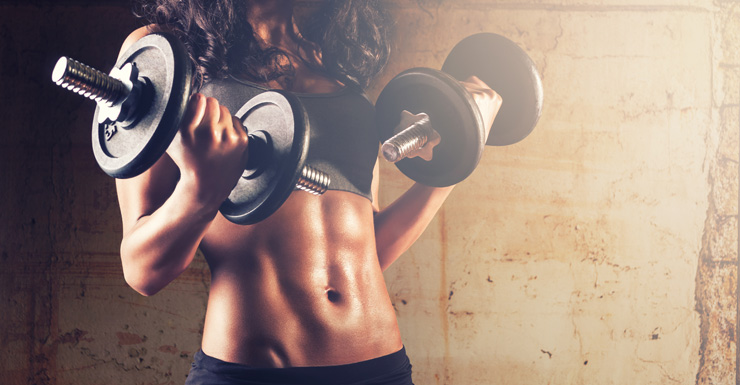 For the first time ever, all Australians – men, women, children and even the elderly – have been told by the government to build muscle.

On at least two days a week everyone should do muscle strengthening activities, say the new federal health department guidelines, whereas previous versions ignored the topic of strength.

• Hep A scare: buy local to avoid virus-laced berries
• Alcohol’s benefits may be ‘harmful propaganda’
• Is a month off alcohol really worth it?

Getting buff is beneficial because muscle scavenges off stored fat to fuel itself even when your body is at rest. Stronger muscles also prevent diabetes and osteoporosis, protect joints, force better posture and prevent falls in the elderly.

US experts have been calling for twice-weekly strength training since the late 1990s, but it took Australia more than 15 years to catch up.

“If you go out and walk and dawdle, you’re going to get dawdling results,” Dr Netto says. “Muscle is living tissue. It needs to be fed.”

Despite its sporty reputation, Australia is now the fourth-fattest advanced country in the world, after the US, Mexico and New Zealand. Almost a third (28.3 per cent) of Australian adults were obese in 2011, the OECD estimated.

For this reason, the new guidelines are “about time” because resistance training is “very, very effective” for weight loss, Mr Rutherford says.

“In fact, it’s essential in a fat loss program, in my opinion.”

The fitness industry seems to often be on the cutting edge while more official government bodies lag behind, but both end up moving in the same direction in the end, Mr Rutherford says.

But the trainer warns that the pendulum must not swing too far in the direction of strength and away from heart-strengthening activities like cardio.

It is also important to remember that pumping iron is not the only way to get stronger.

“It could be garden work, yoga, Pilates, rock climbing or other forms of resistance training,” says University of Newcastle Professor David Lubans, a physical activity expert.

But cardio is the clear loser if you are hoping to build muscle mass.

A recent study has even found muscle building exercise to be more effective than aerobic exercise of equal duration at shrinking belly fat.

As University of South Australia Professor Timothy Olds says: “It has everything going for it.”

Healthy Weight Week, which runs from February 16-22, is a yearly event that aims to promote healthy weight and eating habits.

Government to you: start lifting your weight!