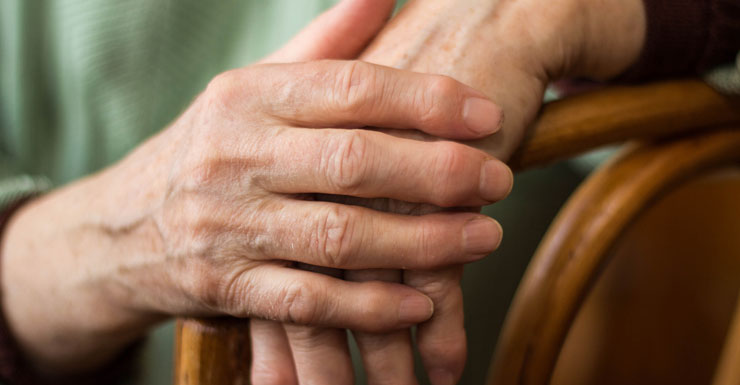 A new treatment for arthritis sufferers has been hailed as “magic” by a woman who had a pioneering electronic implant fitted.

Monique Robroek, who took part in the study at the Academic Medical Centre in Amsterdam, told Sky News she had seen a major improvement in her condition, having previously required the strongest drugs to help ease her pain.

“I have my normal life back,” she said, having had the implant fitted a year ago.

• Superbugs will be deadlier than cancer within years
• How you can burn the Christmas blubber
• Children and tragedy: how to help kids cope

“Within six weeks I felt no pain. The swelling has gone.

“I go biking, walk the dog and drive my car. It is like magic.”

Scientists said they have seen an improvement in the conditions of more than half of the 20 patients in their trial, which uses small pacemaker-type devices to send electrical impulses to a nerve relaying brain signals to vital organs.

Rheumatoid arthritis, which causes joint pain, swelling, stiffness and fatigue, is the second most common form of arthritis in the UK and the most common inflammatory joint disorder.

More than 400,000 people are affected by the disease in the UK, according to NHS figures.

Professor Paul-Peter Tak, a rheumatologist at the hospital, told Sky News: “Even in patients who have failed everything, including the most modern pharmaceuticals, we have seen a clear trend of improvement.

“We may be able to achieve remission in 20 per cent to 30 per cent of patients, which would be a huge step forward in the treatment of rheumatoid arthritis.”

He added that the treatment could provide an alternative for patients who would otherwise have to take medicines for most of their lives.

Kris Famm, of British pharmaceutical company GlaxoSmithKline, said he is hopeful one day the implants could help people with asthma, obesity and diabetes.