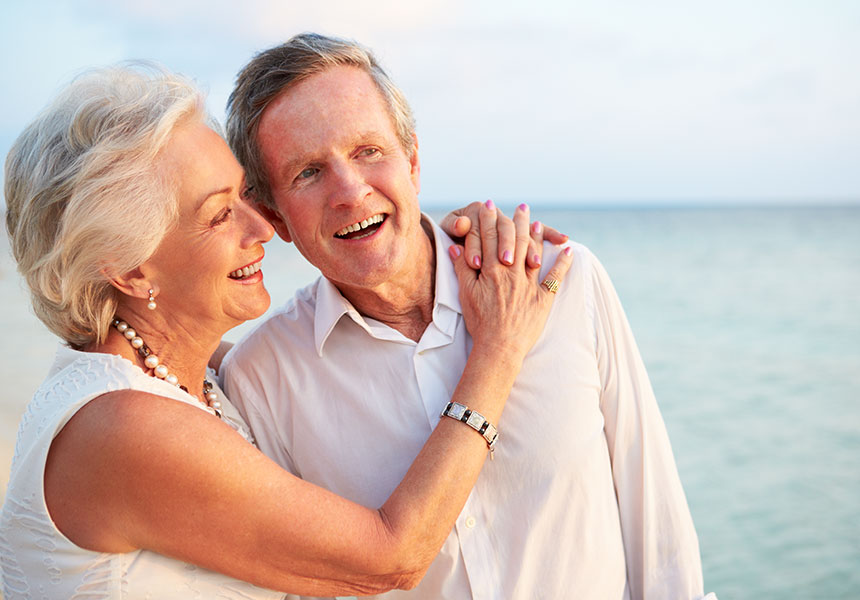 Older age may bring aching joints and fragile bones, but Australians over 65 are the happiest age group, according to new research.

The latest Alere Wellness Index found over 65s have the best life satisfaction, along with the lowest levels of stress, anxiety and depression.

• How to improve your mental health by eating
• Aussies ‘richer, healthier, taller’

The study of over 50,000 households, backed by Roy Morgan Research, also found older Australians eat the most nutritionally-rich diets.

However, if you’re in your twenties or thirties, the results aren’t so good. You’re likely to drink the most and be the most stressed.

Read on to see where you fit.

Despite having the poorest health of any age group, as well as the lowest level of fitness, over 65s seem to have plenty to smile about.

There is a vast improvement in mental health scores between people in their 50s and 60s, which indicates that retirement may be a good thing after all.

Alere Wellness Index creator Dr Jong Lang says this is because people in their twenties, thirties and forties bear the stress of career and family responsibilities.

“Once you put all that behind you and get into your retirement years, you can afford to enjoy the fruits of your labour,” Dr Lang says.

“As people get older, they get wiser and better health because they realise that it’s good lifestyle that’s going to stay in place of good luck and youthful genes.

“It’s not all roses, but the difference is quite marked.”

This is the direct opposite of Australians aged between 18 and 24 who are the most healthy, but have the worst psychological wellbeing.

Young Australians between 18 and 24 are blessed with the best medical and fitness scores, but are failing to look after their health.

According to the research, people in this age group eat the least nutritionally-adequate diets, have the worst psychological wellbeing and also drink the most alcohol.

The partying catches up with people in their late twenties and early thirties, with a large drop-off in their overall health and fitness levels.

By this age, people start to cut back on the drinking and smoking, and they begin eating better.

Luckily, the survey shows a person’s eating habits improve as they age, along with their mental wellbeing and stress levels.

While the index found women eat more nutritionally-rich diets, women were found to have much worse health than men.

Men have greater fitness levels, are less likely to smoke, have greater medical scores, as well as much better psychological wellbeing scores.

This is despite the fact that men are much bigger alcohol drinkers.

Dr Lang says the results reflect the stresses of child-rearing and work-life balance that women shoulder compared to men.

“We talk about the life burden people wear; women wear more of the responsibility of most of those things, where men can traditional focus on the workforce.”

“I don’t like to stereotype, but it is the way that roles are more likely to play out.”

Vegetarians the healthiest and unhappiest

Vegetarians place much higher on all of the survey’s health indices compared to meat-eaters, except for psychological wellbeing.

Those who have a meat-free diet have the best medical, fitness and nutrition scores. Vegetarians are also less likely to smoke and drink alcohol.

They also have vastly better nutrition scores, health levels, as well as much lower levels of alcohol consumption.

Despite being physically healthy, vegetarians are much more likely to suffer from depression, and have a more negative outlook on life.

Dr Lang says this can be explained because people who are able to stick to restrictive diets are more likely to have greater obsessive compulsive tendencies.

“We know that whenever you’re going to subsist with a radical departure from normality, it usually comes partly as the toll of certain psychological traits you carry, and obsessive compulsive is one of them.”

Over 65s are the happiest, 20s most stressed