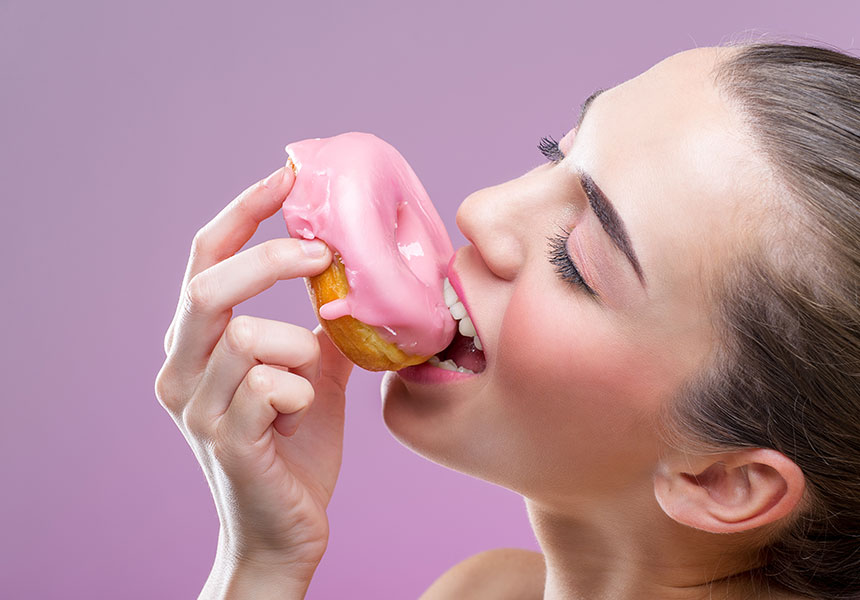 Your efforts to lose weight may be doomed to fail regardless of how disciplined you are, according to hormone experts. And it made be down to a group of hunger-boosting hormones you have no control over.

“It is the only clearly identified peripheral hormone that stimulates appetite,” Professor John Furness – Melbourne University

Monash University’s Dr Zane Andrews, an authority on how the brain regulates food intake, tells The New Daily that our bodies are designed to hoard food and ward off weight loss.

• The BMI could be grossly underestimating your waistline
• Organic food: the hidden dangers that might surprise you
• The eight unhealthy habits you don’t know you have

If you gain and retain extra kilos, your body soon resets its internal bodyweight regulator to think of this excess weight as ‘normal’, according to Dr Andrews.

When you start cutting back, the brain is tricked into thinking it is starving, and fights to defend the extra weight by unleashing ghrelin (pronounced grell-en), a hormone which makes you hungry.

Humans are hardwired to get obese, according to the Dr Andrews. This may be a byproduct of our evolution – a throwback to times when food was always scarce.

“If you have the opportunity to eat all you can eat, you do it, and you get obese. And once you’re obese, you stay obese, because if you’re faced with six months of low food availability the people that are going to survive are the ones that have the most energy stores to start with,” Dr Andrews says.

Ghrelin is the name of your dieting nemesis.

According to University of Melbourne’s Professor John Furness, a ghrelin researcher, the stomach-secreted hormone has two main functions – to boost appetite and stimulate muscle growth.

“It is the only clearly identified peripheral hormone that stimulates appetite,” Professor Furness says.

Contrary to what you might expect, the body actually becomes resistant to ghrelin the more overweight you become. The brain simply stops listening to the ghrelin signals.

But if you start eating much less, ghrelin can kick back in with a vengeance.

Nope. Unfortunately, we cannot blame ghrelin for our tummy fat, no matter how much it thwarts our dieting attempts.

“A number of very extensive surveys have been done to see if there’s any instances where obesity can be attributed to overactive ghrelin, and the answer is that it can’t,” Professor Furness says.

We will not be seeing ghrelin-based diet pills any time soon, although the Professor did say that synthetic drugs based on ghrelin have been used in the US to treat those with poor appetite, such as HIV-AIDS and cancer sufferes. Research is ongoing into ghrelin as a treatment for diabetes, and it may also slow cancer cell growth.

While fad dieting, with its emphasis on massive weight loss in a short space of time, is probably doomed to fail, slight undereating is backed up by the science.

Try the Japanese motto of Hara hachi bu, which roughly translates as “eat until you are 80 per cent full”.

“There are studies that show that it is actually pretty good for you to slightly reduce your food intake,” Dr Andrews says.

Your body’s cells work more effectively, and create less toxic products like free radicals, in a state of “slight” calorie restriction, he says.

Your ghrelin levels will still go up slightly if you do this, but that’s okay, Dr Andrews says, because the hormone may improve learning and memory, and protect against degenerative conditions like Alzheimer’s and Parkinson’s disease.

This is why your attempts to lose weight always fail