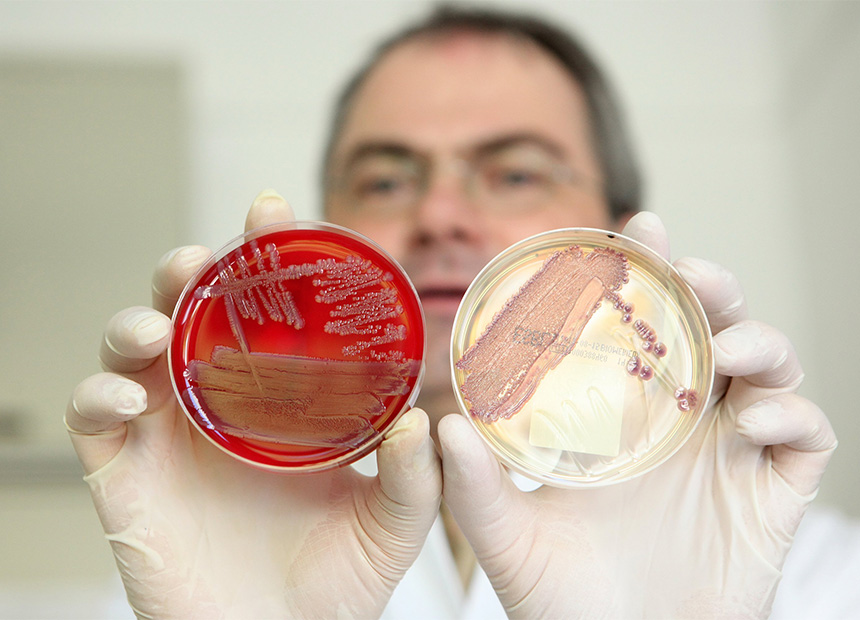 Antibiotic resistant strains of bacteria are steadily multiplying in Australia, according to the latest research.

A national study published by the Department of Health and led by University of Adelaide researchers found that E. coli – the most common and commonly harmful gut bacteria – almost doubled its resistance to antibiotics of last resort in a four-year period.

“We’re now seeing some E. coli resistance to reserve intravenous antibiotics, which practitioners would normally only use once the patient is sick enough to admit to hospital.”

The most concerning statistic, according to lead author of the report Professor John Turnidge, is the rise of mega superbugs – bacteria with multi-resistance to three or more antibiotics.

Multi-resistance was found in 7.6 per cent of E. coli samples compared with 4.5 per cent four years earlier.

· The unhealthy eating habits you don’t know you have
· An aspirin a day could save your life
· Good news on allergies. But it involves worms

If the superbugs multiply, then “our backs are against the wall”, Professor Turnidge said.

“We’ll have to use our last line antibiotics or even go further and dig up some ones that we discarded 30 or 40 years ago because we thought they were too toxic.”

Colistin is an example of one of these very toxic drugs being brought back into the fight. It was discovered 50 years ago, and causes “very troublesome” side effects, such as kidney damage.

“We’ve been using Colistin now on a regular basis for some particularly resistant organisms that occur in very special populations,” Professor Turnidge said.

While common strains of E. coli can cause urinary tract and other localised infections, some strains can invade the blood stream and cause septicaemia (blood poisoning), which kills up to 20 per cent of patients.

“We’re now seeing some E. coli resistance to reserve intravenous antibiotics, which practitioners would normally only use once the patient is sick enough to admit to hospital, with blood poisoning for example,” Professor Turnidge said.

The Adelaide University study is based on data collected from 29 health centres around Australia in 2012 from non-hospitalised patients with urinary infections. It tested 2,025 species of E. coli, 538 of Klebsiella and 239 of Enterobacter, and compared these results against a previous study in 2008.

Professor Turnidge has conducted annual studies on superbugs for a decade, and said he has observed a “steady climb” in prevalence.

Compared with many other countries in our region, antibiotic resistance rates in Australia are still relatively low, but the upward trend is worrying.

The big message from his research is that superbugs, once confined to hospitals, are now spilling over to the wider community, Professor Turnidge said.

“Importantly, this study looked at samples from patients who were not hospitalised, so these are rates of antibiotic resistance out there in the general Australian population.

Why is this happening?

Australian National University’s Professor Peter Collignon, an expert in infectious diseases, told The New Daily that an overuse of antibiotics, both in humans and farm animals, is partly to blame.

Resistant bacteria are also spreading between humans, mainly via food and water. Travellers to developing countries need to be particularly wary, Professor Collignon said. These bugs can hitch a ride in their stomachs back to Australia, lying dormant until an injury, inflammation or infection unleashes them on the body.

“In places like India, for instance, half of the E. coli that cause urinary tract infections and presumably bloodstream infections are probably untreatable,” he said.

Antibiotics are frequently prescribed in the Western world for respiratory infections, such as coughs, colds, runny noses, sore throats and bronchitis, despite most of these being caused by viruses, which drugs cannot treat.

These infections will get better at exactly the same rate, regardless of whether antibiotics are used or not.

What you can do

If you are travelling to a developing nation, only eat hot food and boiled or bottled water.

When visiting your GP, keep in mind that these doctors often, according to Professor Turnidge, feel pressured or obligated to prescribe antibiotics, even when they know the drugs are useless and possibly harmful.

Make it easier for your GP, and help fight the problem, by asking these simple questions:

Do I really need an antibiotic, or will my infection get better just as quickly without it?

Do I have a viral infection that antibiotics cannot treat?

Even if I have a bacterial infection, will these antibiotics make any difference?

France awaits verdicts after 10-month trial for 2015 Paris attacks
Matteo Berrettini ruled out of Wimbledon with COVID-19
NSW reports leap in COVID deaths, as infections spiral
Unseasonably heavy rain brings renewed flood threat for three states
Three dead when US train hits truck, derails
Breakthrough in Solomon-Aust relationship
This story will get you out of your chair
Today's Stories

Rise of the superbugs: a disaster in the making