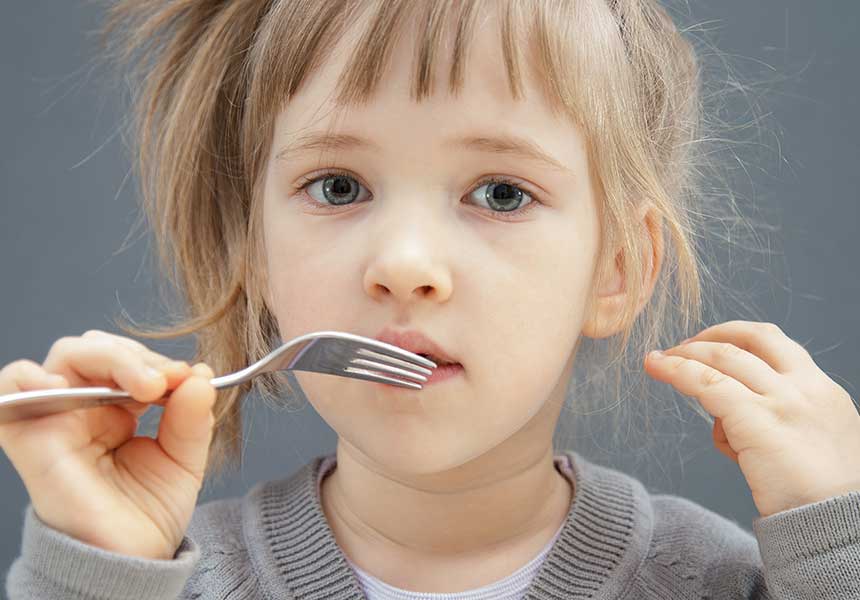 Children are renowned for being fussy eaters – especially towards anything green.

The issue of children and weight has been brought into focus this week, with the lovely Chrissie Swan publicly revisiting the pain of the vicious internet backlash about one of her children’s size. A study of 4000 Australian children was also released by the Australian Institute of Family Studies claiming at least two in five children aged 8-11 have a strong desire to be thinner.

I was inspired to post what I thought was a fairly innocuous article about the topic on my private Facebook account. To my surprise it became one of those posts that inspired passionate and heated debate from my friends.

Educated, liberal and health conscious parents vented their strong opinions which in most cases were well meaning, but perhaps lack a depth of understanding of the broader issues at at play.

It wasn’t just an isolated Facebook post, but an alarming theme of personal and professional conversations where smart men and women potentially harming their children by holding onto old fashioned, traditional prejudices about food and weight – even in the face of a large scale research and government programs.

Parents seem to be getting the message that their language around food, eating and dieting matters are crucial to a child’s development, yet they are choosing to ignore or modify the advice for some really interesting reasons.

Many parents (on my Facebook, anyway) feel that words such as ‘junk food’ or ‘bad food’ are really important to drive home nutritional messages to their kids. Sadly they are missing the key point that such words are loaded with meaning for our children.

Parents (well, people in general) seem to have a deep seeded fear of ‘fat’, particularly if it is something they have struggled with themselves and from that protective intention comes some unhelpful behaviour.

The parents who are worried about their kid’s weight – a very common thing according to the new figures – are transferring their own worries on to their kids. It was interesting that in her interview on A Current Affair, Chrissy Swan was comfy with her own size (yippee) but her eyes welled up at the thought of the internet trolls calling her child fat and questioning her parenting. Although the number of overweight children in Australia and overseas has been reduced, it is still a concern – one that should be treated with caution (i.e. never put your child on a diet; you will be setting up a lifetime cycle of weight loss and gain).

“The language of ‘good/bad’ foods can heavily influence kids and lead them to think of themselves as being ‘good/bad’,” she says. “Providing a wide variety of nutritious foods, as well as some exposure to foods simply for pleasure is one of the greatest gifts we can give our kids so they can navigate eating confidently and independently.”

We know that parenting is a tough gig (I know, I have two under 8 years old myself) and that there are a lot of conflicting messages out there.

Here is my guide on how to approach dieting and eating with kids.

• Aim not to comment on your own weight, size or eating behaviour in front of your kids. “Oh, I shouldn’t have that ice-cream, I haven’t been to the gym” may seem like a light-hearted comment, but it’s a really unhelpful message.

• Don’t diet or talk about dieting.

• Aim not to comment on anyone else’s weight, size or eating behaviour in front of your kids.

• Aim to use the words ‘sometimes food’ and ‘everyday food’ to replace ‘good food’ and ‘bad’ food.

• Praise children for all the cool things they do that are unrelated to their body or appearance – “You are so strong/smart/kind” rather than “You are so beautiful”.

• Limit greeting other adults or children with appearance-based comments (notice how hard this is!).

• Offer a wide variety of foods to your kids. It’s up to them to eat them, we can’t ‘force’ them!

• Try to avoid using food as a reward or to make them feel better (again, notice how ingrained this is).

• Never put your child on a diet or make a fuss if they seem to be eating more than you think they “should.” Appetites fluctuate from day to day, week to week. If you are concerned, speak to a professional.

I know how difficult it is to be a parent and all the things you need to remember, but giving your child the gift of being confident and calm eaters with a good body image and healthy self-esteem is a really great thing.

We don’t always do it right all the time (I don’t) – but it’s certainly worth thinking about your family’s vocabulary.

Sarah Harry is a body image and eating disorder psychotherapist and co-director of Body Positive Australia.

How your diet could be harming your kids