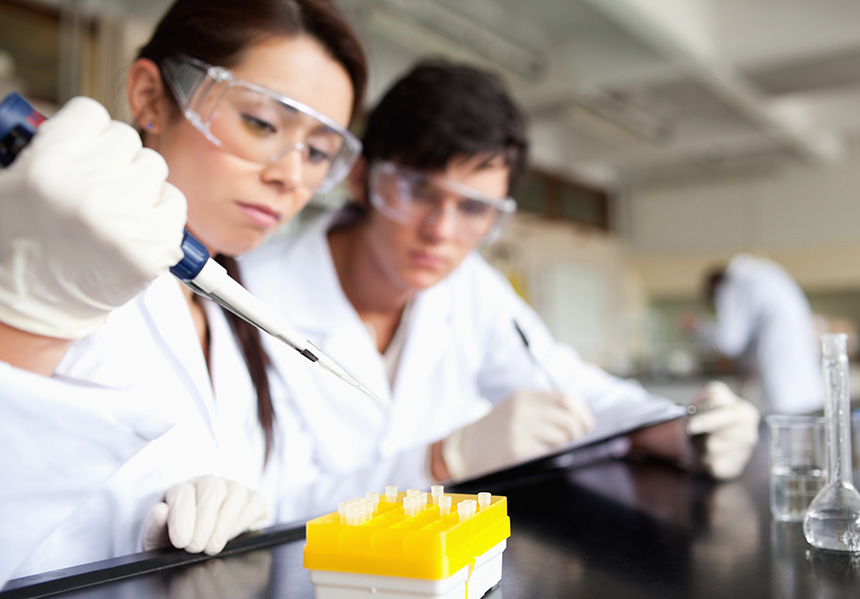 • Part one: Cancer survival rates climb as a cure gets closer

The complexity of cancer has long baffled researchers trying to identify common patterns and traits, but now experts say a more targeted way of fighting cancer is on the horizon.

Personalised cancer treatment is being hailed as the next big breakthrough in the hunt for a cure. This custom-made medicine will treat an individual’s specific cancer type to deliver more targeted results and Australian cancer researchers are leading the way in its development.

“The goal of personalised medicine is to have proxy systems that will predict how successful given treatment will be, both initially and in the long run,” he says. “This information will advance care for all patients and this is our best chance of a cure.”

In this second part of The New Daily exclusive survey of Australia’s leading cancer research institutes, experts say new therapies are set to eclipse current one-size-fits-all treatments such as chemotherapy and radiology.

Dr Carter says traditional techniques have doubled survival rates for children with cancer during the past 30 years, but that progress has plateaued. Personalised cancer treatment will keep driving new advances in cancer survival, but Dr Carter says funding shortfalls mean it will be another 10 years before the treatment is available.

“The research and state of the art technology required to make the progress we want is a massive venture involving time and money,” he says. “Government investment and ongoing philanthropic support is critical.”

The scientific world has been abuzz about the prospect of personalised medicine after the first whole human genome was sequenced more than a decade ago, giving researchers vital clues about a patient’s genetic information.

Whereas the first human genome was sequenced for more than $1 billion dollars, today it costs as little as $1000.

“Our understanding of the complexities of cancers has been greatly enhanced by the significant improvement in our knowledge of the human genome,” she says.

“Greatly improved resources and state of the art equipment mean the cancer genome is now open for investigation.”

The sheer unpredictability of cancer is the biggest obstacle standing between researchers and a potential cure. Peter MacCallum Cancer Centre’s executive director, cancer research, Professor Joe Trapani says solving the cancer riddle is made extremely difficult by the fact that cancer is not a single disease, but a collection of hundreds of distinct diseases that can swiftly mutate.

“Within a single cancer there may be several genetic mutations at work, responsible for the growth and spread of different cells in the tumour,” he says.

“Therefore a targeted therapy could effectively take out most of a tumour, but be ineffective against the remaining cells, which could then grow back aggressively. “A major hurdle is to cleanly hit what can be an evasive and dynamic target.”

“Immunotherapy involves modifying a person’s cells in the laboratory, effectively training the cells to fight the cancer and returning them to the patient’s body,” he says. “We’ve had some early successes and we’re running clinical trials for its use in brain cancer and a particular variation of throat cancer.

“It’s looking very promising. Melanoma trials won’t be far away and breast cancer is in the future.” Australia’s largest cancer research group, the Peter MacCallum Cancer Centre, is using genetic and family cancer history data to investigate a person’s likelihood of developing the disease. Professor Trapani says this work is helping individuals and families understand their cancer risk and to make informed decisions.

“All this means that therapy is becoming more and more personalised, a trend that will progressively grow over coming years,” he says.

Kate Jones is a Melbourne-based journalist and editor.