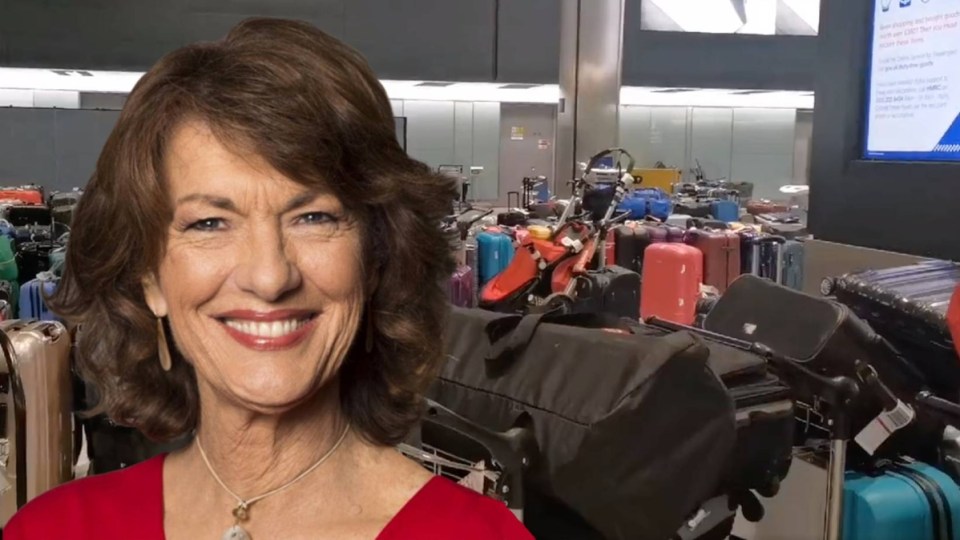 The chaos caused by travel-hungry masses and labour shortages are definitely not just an Australian problem.

What happens when you mix the COVID-emerging millions, summer holidays, vanishing workers and cheap airfares?

You get chaos in Europe: Absolute bedlam, with little end in sight – to my eyes – till late this year. No, these labour shortages are not just an Australian problem.

Having escaped aviation snafus over the years, the great European air disruption hit me with a vengeance this weekend, at the end of three marvellous weeks of long service leave.

What should have been a fairly orthodox, 25-hour trip – Dublin-Frankfurt-Singapore-Sydney – turned into a 60-hour marathon involving copious queues, a whole new Frankfurt-Hong Kong-Melbourne-Sydney ticket and much fatalistic deep-breathing practice.

At least I’m home, though still with no baggage, wearing the same clothes I put on three days ago.

But hey, I’m far from alone. That’s the warning I want to share with fellow Australians, gearing up excitedly for their first glimpse of Europe in two-and-a-half years or so.

I’ve always rather mocked airport drama-queens. Well, I may have turned into one, out of necessity.

Never again will I pooh-pooh the three-hour appearance before a big flight, even though I scorn lives wasted, waiting at airports.

Not everyone will be affected like this. I suspect flying out of major hubs like Heathrow (if you overlook the obsessive security attention to carry-on-baggage fluids) might ease the situation, though maybe not given the exceptional conditions.

My message to Australians about to travel is that cliché; anticipate the best, plan for the worst. Because there is plenty of it. And this was merely in June – imagine July and August, Europe’s peak holiday time with travel en masse. Truly, I shudder to think.

The world is on the move. The airline systems delivering them are just not coping. The frontline workers seem to have evaporated. ‘Where have all the baggage handlers gone?’ is the familiar refrain. And the service workers? This new ‘threatened species’ affects a range of industries but is acute right now in the airlines.

Flights are routinely cancelled. Delays are de rigueur, which then throw out forward connections. Airports, especially smaller ones like Athens and Dublin, are utterly packed. I personally saw two whole planeloads of baggage just sitting in a baggage area, like forgotten spectres – their owners … who knows where?

Airlines faced with diabolical decisions about balancing the needs of passengers versus associated baggage are apparently choosing passengers, somewhat ruthlessly deciding that bags will find their owners … somehow. Eventually. And the compensation and insurance issues will be dealt with … eventually!

The new chatter among travellers is: ‘Only take cabin baggage if at all possible’. Don’t be tempted to check in luggage unless you’re ready to live without it for a while. Until it catches up with you, sometime.

Even Michael O’Leary, whose Ryanair really perfected the cheap European travel phenomenon, said this week that air travel was now “too cheap” – that his famous £40 fares were often cheaper than the ride from Stansted airport to London post-flight.

And if you find yourself, as did I, unexpectedly around midnight, alone in a huge airport like Frankfurt, don’t imagine you can swan off to one of the related hotels and simply grin and bear the cost.

First, there’s just no human beings to ask anything. The airport ‘shuts’ at 10pm. All the airport service desks are vacant.

Second, the hotels over-booked. One lovely German concierge told me both airport Hiltons of about 600 rooms each could have been sold twice over, such were the numbers stranded.

I eventually found a room online in the nearby city itself, thankfully, around 12.30am and copped the $55 taxi fare, the young driver telling me my situation was “happening every single day”.

The aviation issues in Asia are another story, with onerous COVID regulations still applying.

Hong Kong airport was an eerie ghost town with shuttered shops, workers in PPE gear, quarantine hotels required at your cost and, oh, the presence of a typhoon shortly ahead of our arrival.

Yes, this trip had everything!

But it was Europe that absolutely astonished me.

God knows how the airline workers are managing. They are trying their best, but need to deal with some very distressed customers, all the while knowing without doubt they cannot solve the hot mess around them.

So these are my suggestions, if you’re about to set off:

Geraldine Doogue AO is a journalist and radio and television presenter. She currently hosts the ABC Radio National Extra and Saturday Extra programs