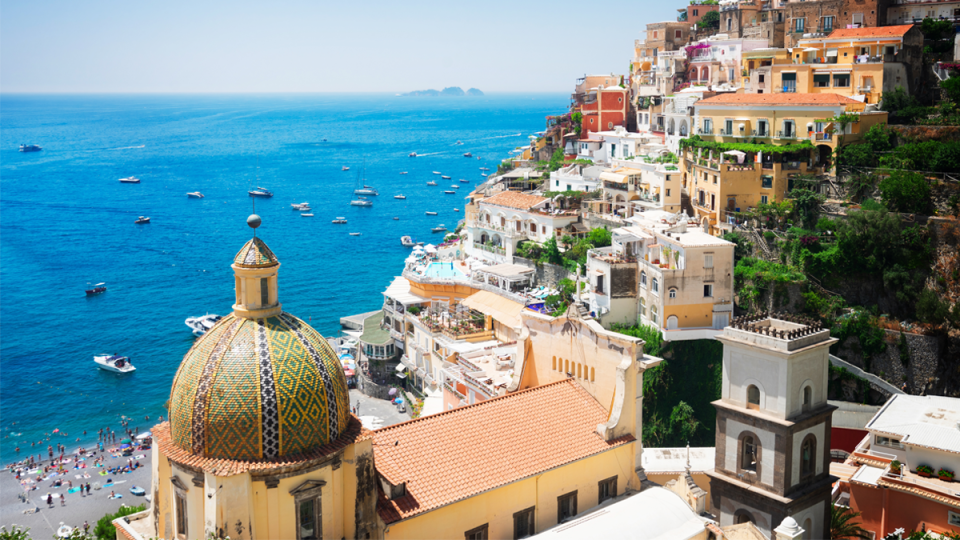 Winter in Australia is the perfect time to jet off to Europe, and new data from Webjet shows Australians are once again flocking to where the sun currently shines.

This year marks the first time since the start of the pandemic when Australians can easily travel overseas, and it appears many are taking advantage of this renewed freedom.

“A European summer is a classic holiday that many Aussies have been dreaming of throughout the last two years, and as our lives continue to return to a sense of normality so has the demand for key European destinations,” Webjet’s CEO David Galt said.

“Flight bookings to Europe have made up 21 per cent of all international bookings through Webjet so far in 2022, a figure that is nearly on par with pre-pandemic figures, and highlights how high Europe is on travellers’ priority lists.”

Airlines such as Qantas, Emirates, Qatar Airways, Thai Airways and Singapore Airlines offer connections from Australia to a variety of Europe cities with just one stopover.

However, Webjet also looked at the cities where the number of bookings skyrocketed in April to find out what destinations Australians are becoming more interested in.

Here are the six top trending European destinations from the past few months, based on how many Australians are taking the plunge and booking air fares.

The number of bookings from Australia to Paris surged 54 per cent in April, compared to the previous month.

Located in the heart of Europe, it’s a city many Australians opt to visit while on the continent.

It’s also one of the cities Qantas is considering adding as a destination for its ultra-long-haul direct flights.

Bookings to Rome jumped 55 per cent in April as Australians return to Italy.

Return flights from Melbourne or Sydney start from about $1550 per person.

“With destinations like Rome, Paris and London continuing to become more sought after, airlines seem to be reacting swiftly with more routes returning to the market,” Mr Galt added.

The number of flights Australians booked to Barcelona increased 63 per cent last month.

Perched by the Mediterranean Sea, the Catalonian city helped solidify Spain’s place as one of the top-trending countries that Australians are looking to visit.

Return flights from Melbourne or Sydney also start from about $1550 per person.

Athens is not only an eternally popular tourist destination, but it’s also one of the cheaper cities in Europe for Australians to fly to.

In April, bookings on Webjet jumped by almost 69 per cent.

“With June just around the corner it’s never been a better time to beat the European rush and start booking flights,” Mr Galt said.

Milan is the second-highest trending European destination in terms of bookings, with the number of air fares sold jumping 89 per cent.

But the Italian fashion capital also happened to see the highest increase in the number of searches from March to April, too, spiking by a massive 357 per cent.

For context, the second-most-searched-for European city was Rome, where the number of airfare queries jumped by a paltry 37 per cent.

Despite not being in the top 10 most popular destinations overall, the Spanish capital Madrid saw the highest spike in bookings in April at 183 per cent – almost triple the number of bookings made in March,

Madrid is known for its good food, vibrant nightlife and – although it lacks the landmarks of some of the other cities on this list –  its Baroque architecture.

Its world-renowned art galleries are also home to the likes of Pablo Picasso and Salvador Dalí.

Picasso’s 1937 masterpiece Guernica is a sight to travel for.