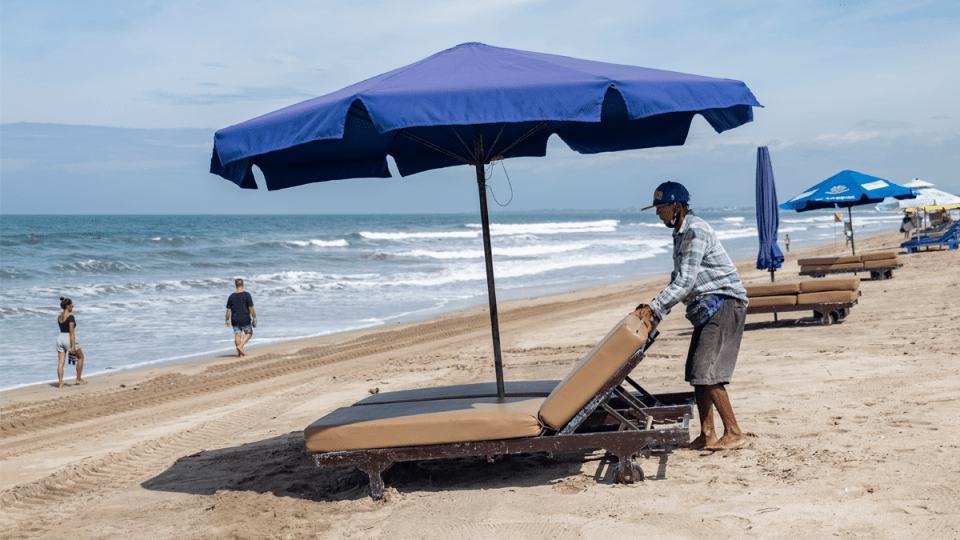 Bali has reopened to international tourists, and the industry is preparing for Australians to return. Photo: AAP

There are currently no direct flights from Australia, and upon arrival fully vaccinated travellers will have to spend five days at one of the five government-approved quarantine resorts: The Grand Hyatt, the Westin Nusa Dua, the Griya Santrian, the Viceroy and the Royal Tulip Springhill Resort.

Ms Lawson said it’s not uncommon for Australians, and Western Australians in particular, to visit Bali several times in a year. She has been 49 times.

“There is no question that the Bali regulars are dying to get back, but the five-day quarantine is only one obstacle,” Ms Lawson told The New Daily.

Another barrier is that Australians need to apply for a tourist visa beforehand, rather than receiving a visa on arrival.

Restrictions like this have proven to be a barrier for travellers in the past, and that’s especially true for people looking for a quick getaway.

Jetstar first noticed this for other destinations that opened up sooner, like Fiji and Phuket.

The airline is due to resume direct flights to Bali by March 1, and told TND that things could change if authorities further ease restrictions.

“We’re currently reviewing the entry and quarantine requirements for travellers into Bali and will provide an update if there are any changes to our flights, which are currently scheduled to take off from Melbourne and Sydney in early March,” a spokesperson said.

Ms Lawson believes the quarantine requirements will eventually be relaxed, but noted that the pandemic has been unpredictable thus far.

Qantas is eyeing direct flights for March 28 and Singapore Airlines will resume its flights on February 16.

Virgin Australia is waiting to see how prospective tourists respond to the restrictions before deciding when flights will restart.

But this uncertainty and lack of direct flights hasn’t stopped Australians from searching.

Balinese authorities announced the reopening on Tuesday, and by Wednesday, flight search engine Skyscanner experienced a 33 per cent jump in traffic from Australia.

“This is another step in the direction towards travel fully reopening for Australians, and we know that this destination news will unlock a wave of pent-up demand as travellers react to the latest changes,” the company’s Asia-Pacific director Paul Whiteway said.

Even before the announcement, there was plenty of demand from eager Australians.

Bali was one of the most searched for international destinations on Skyscanner in January, alongside London, New Delhi, Manila and Bangkok.

Over on Expedia, travellers made enough hotel bookings for Bali over the Easter break to make it the third most popular international destination among Australians, after Fiji and the Hawaiian main island of Oahu.

When asked if there will be tourists on board these flights, the airline’s CEO Irfan Setiaputra replied: “In sha’Allah (God willing) there are.”

Bali is back open for Australian tourists, but a lack of direct flights isn’t the only hurdle