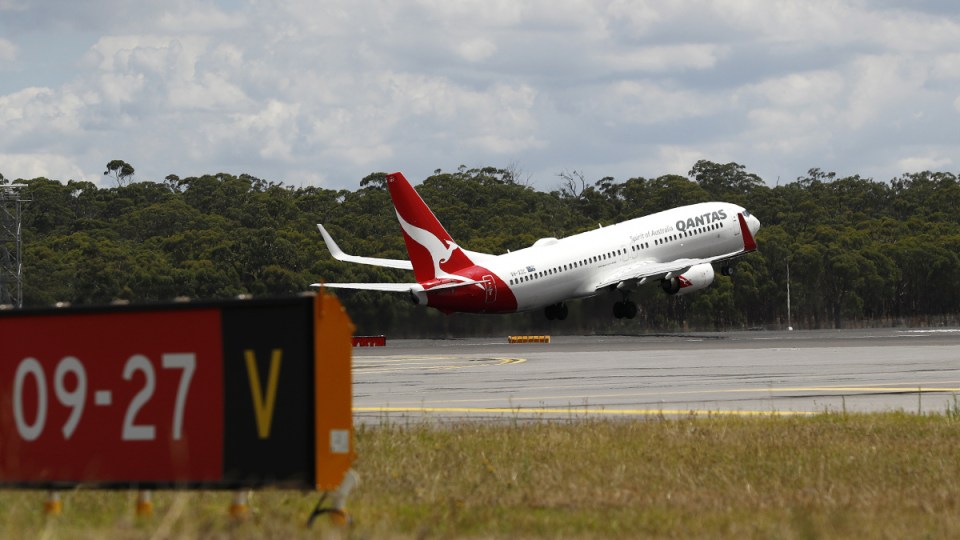 Qantas is being accused of using EBA negotiations to force flight attendants on to lower wages. Photo: AAP

Aviation will be among the most difficult sectors to cut emissions unless governments support new technology, experts warn.

Qantas was one of the first airlines to commit to net-zero emissions by 2050, and capping net emissions at 2019 levels.

Now 31 of 60 major passenger airlines have made the 2050 net-zero pledge, but global emissions in the aviation sector are still expected to nearly double by 2050.

Australia did not join the US, UK and 21 other countries which signed up in 2021 to the new International Aviation Climate Ambition Coalition to reduce aviation emissions.

But nor did China, India, Russia and Brazil – together the source of almost one-fifth of aviation emissions.

Australia is instead part of the a different group – the International Civil Aviation Organisation Carbon Offsetting and Reduction Scheme for International Aviation – that began in 2016.

“In fact we were one of the first countries to make this commitment,” a spokesman for Deputy Prime Minister Barnaby Joyce told AAP.

“Australia is actively participating in the international development of measures that support the scheme and we are working with industry to incorporate these efficiencies into our aviation sector,” he said.

The global aviation sector accounted for 3.2 per cent of global carbon emissions the year before COVID-19 took hold, after almost doubling since 2000.

This share of the world’s pollution is expected to rise with air travel demand likely to grow strongly after the pandemic.

Fleet modernisation and more efficient ground operations could also be part of cleaning up the sector, Mr Kawahara said.

More fuel-efficient, narrow-body aircraft are being ordered from Airbus, Boeing, China’s Comac and in Russia.

The world’s first electric aircraft, developed by Israeli company Eviation, is being tested in the United States.

The nine-passenger “Alice” can fly for one hour and has a maximum speed half that of a Boeing 737.

Feasibility studies for hydrogen fuel are also under way at a handful of airlines.

The International Air Transport Association has drawn up a decarbonisation flight plan that brings air transport in line with the objectives of the Paris agreement to limit global warming to 1.5 degrees Celsius.

But experts warn significant government support is needed to get it off the ground, along with collaboration by airlines, airports, air navigation and manufacturers.

To serve the needs of the 10 billion people expected to fly in 2050, it is estimated at least 1.8 gigatons of carbon must be abated in that year.

The Australian Renewable Energy Agency has identified advanced biofuels as one of the few low-emissions alternatives to traditional jet or marine fuels that are available in the short to medium term.

Some $33.5 million in additional funding to ARENA announced at the time included research, development and deployment of advanced sustainable aviation and marine biofuels.

Emissions-busting aviation improvements yet to take off