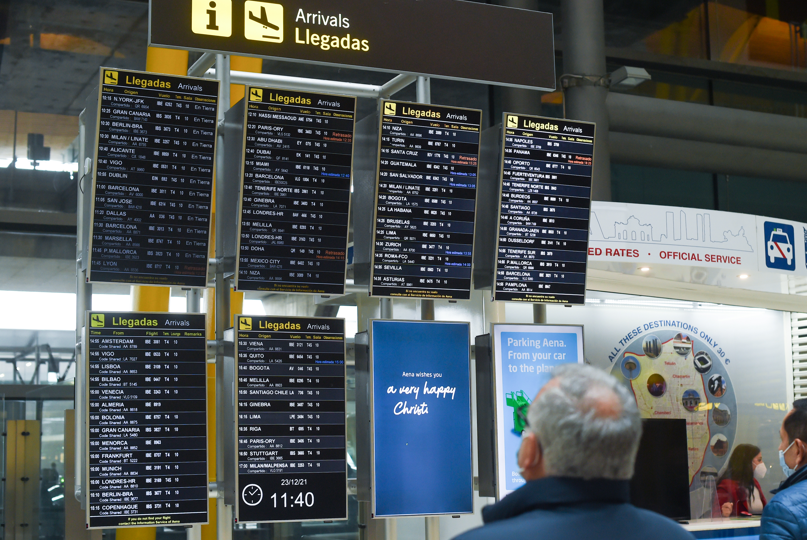 All over the world, from Melbourne to Moscow, Christmas travellers have had their plans dashed by cancelled flights. Photo: Getty

Commercial airlines around the world have cancelled more than 4000 flights over the Christmas weekend, as a mounting wave of COVID-19 infections driven by the Omicron variant created greater uncertainty and misery for holiday travellers.

Airline carriers globally scrapped at least 2314 flights on Friday, which fell on Christmas Eve and is typically a heavy day for air travel, according to a running tally on the flight-tracking website FlightAware.com.

The website showed that another 1404 Christmas Day flights were called off worldwide, along with 340 more that had been scheduled for Sunday.

In Australia, hundreds of flights were cancelled and would-be passengers stranded by COVID-related staff shortages due to isolation requirements.

Commercial air traffic within the United States and into or out of the country accounted for about a quarter of all the cancelled flights over the weekend, FlightAware data showed.

COVID-19 infections have surged in the US in recent days due to the highly transmissible variant Omicron, which was first detected in November and now accounts for nearly three-quarters of US cases and as many as 90 per cent in some areas.

The average number of new cases has risen 45 per cent to 179,000 per day over the past week, according to a Reuters tally. New York reported more than 44,000 newly confirmed infections on Friday alone, shattering that state’s daily record.

Rising hospitalisations were hitting healthcare systems especially hard in the US Midwest, with intensive care units in Indiana, Ohio and Michigan bracing for the worst even as they remain under pressure from an earlier wave of Delta variant cases.

In Britain, many industries and transport networks were struggling with staff shortages as sick workers self-isolated, while hospitals have warned of the risk of an impact on patient safety.

One in 20 Londoners had COVID-19 last week, a figure that could rise to one in 10 by early next week, according to data released on Thursday by the Office for National Statistics.

Government data showed a record tally of 122,186 new infections nationwide on Friday, marking a third day in which the number of known cases has surpassed 100,000.

Although recent research suggests Omicron produces milder illness, and a lower rate of hospitalisations, than previous variants of COVID-19, health officials have maintained a cautious note about the outlook.

France hit another infection record on Friday, with its daily tally exceeding 94,000 while hospitalisations from the virus reached a seven-month high.

Chaos the world over: Thousands of Christmas flights cancelled