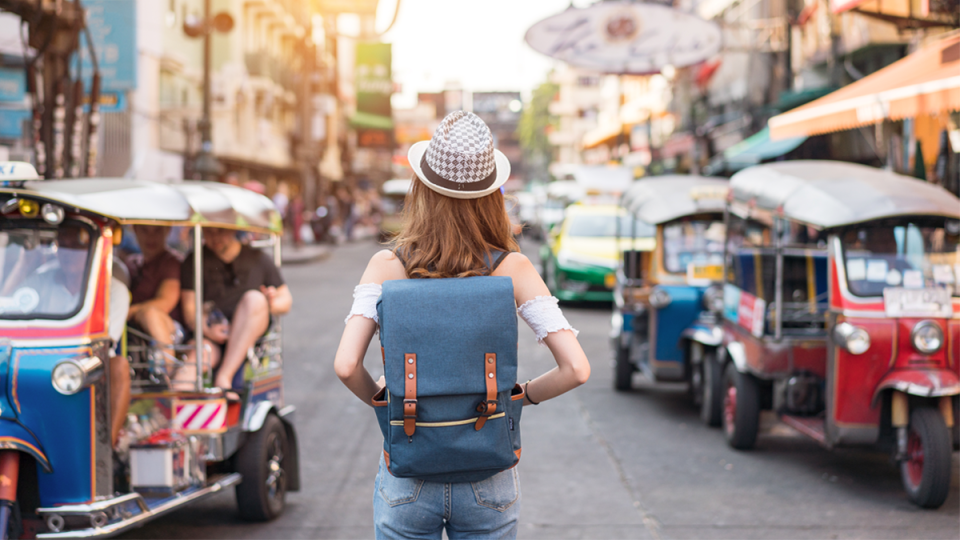 Two of the most popular overseas playgrounds for Australians look set to allow quarantine-free travel as airlines prepare for huge demand with international travel resuming.

Bali is expected to make an imminent decision on opening its doors to Australia which was left off the original list of 19 countries welcomed back a week ago.

Indonesian government tourism and foreign ministers are reportedly meeting this weekend to discuss Australia being added and it could be signed off as soon as Monday.

Travellers to Indonesia are required to be fully vaccinated and must undertake three days in hotel resort quarantine after arriving in Bali.

Meanwhile Thailand has announced Australia is among 46 nations that will be exempt from quarantine after November 1 as the tourism mecca looks to rebuild after closing its borders to most foreign visitors 18 months ago.

It comes as airlines have brought forward international flights to and from Australia as state governments move away from hotel quarantine and border restrictions.

Starting from November, Australians will have numerous direct flights across Asia and the Pacific to choose from, in addition to a few destinations on other continents.

Qantas, Jetstar, Virgin Australia, Singapore Airlines, Thai Airways, Etihad and others have all announced the restart of key routes, and there will likely be more to be added. 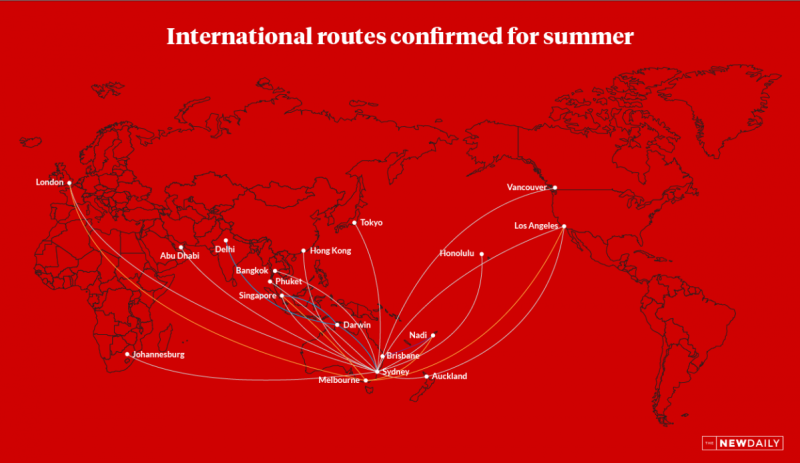 Airfares are expected to be affordable because airlines are keen to fill as many seats as possible.

In many cases, it will even be possible to continue on to other parts of the world.

Here are all the destinations that have been confirmed so far.

Fiji will reopen to fully vaccinated tourists on December 1, after the country largely managed to avoid the COVID-19 pandemic.

Qantas has now pushed forward flights between Sydney and Fiji’s main airport in Nadi to December 7.

Budget airline Jetstar will operate the same route from December 17.

Australia is on the cusp of establishing a travel bubble with Singapore, and several airlines have already announced more flights.

Singapore Airlines will boost its services to Sydney from December 1, with multiple daily flights that will include an Airbus A380.

“With the NSW and Australian border opening up from 1 November, the A380 will support even more Australians hoping to reconnect with loved ones ahead of the Christmas period,” Singapore Airlines regional vice-president Louis Arul said on Friday.

Jetstar will also start flights from Melbourne and Darwin to Singapore on December 16.

On November 1, Thailand will reopen to fully vaccinated tourists from 46 “low-risk” countries, including Australia.

Thai Airways has announced new flights between Sydney and Bangkok on November 17.

From December 1, some of these flights will transit in Phuket, adding yet another direct destination for Australian travellers.

Jetstar will resume its Sydney-Phuket route on January 12, and Qantas will restart flights between Sydney and Bangkok on January 14.

Thai Airways also plans to fly to Melbourne in the coming months.

Air New Zealand will also restart its Sydney to Los Angeles route, via Auckland, with one flight per week from November 5 and and four flights per week in December.

“We haven’t been sitting on our hands over the last 20 months and have been taking the time to ensure that as international travel ramps back up, we are better than ever,” Air New Zealand’s chief customer and sales officer Leanne Geraghty said.

Hawaii is also on the cards, with ABC News reporting that Qantas will fly to Honolulu from December 20.

Qantas will restart flights from Sydney to London on November 1, starting at $1869 return.

Flights from Melbourne to London will also restart six weeks ahead of schedule on November 6.

Qantas will also fly between Sydney and Delhi, India, from December 6. The route will include a stopover in Darwin, but it’s not yet clear if additional passengers will be allowed to board during that stopover.

The airline will also fly between Sydney and Johannesburg, South Africa, from January 5 next year.

Qantas will also fly to a second North American city – Vancouver, Canada – with flights expected to start from November 18.

Several other overseas airlines also have Australia in their radar.

Executive Traveller reports that Japan’s flag carrier airline ANA will ramp up to five flights per week between Sydney and Tokyo from November 1.

However, the city has strict travel restrictions and many visitors will likely only transit through the airport.

Meanwhile, Etihad announced on Twitter that the Sydney-Abu Dhabi route would resume on November 1, with tickets starting at around $2400.

While many of these newly-announced routes revolve around Sydney, other Australian cities are next in line.

“We hope that as vaccination rates in other states and territories increase, we’ll be able to restart more international flights out of their capital cities,” Qantas CEO Alan Joyce said on Friday afternoon.

“In the meantime, Sydney is our gateway to the rest of the world.”

Asia, the Pacific and beyond: Airlines are restarting international routes in time for summer