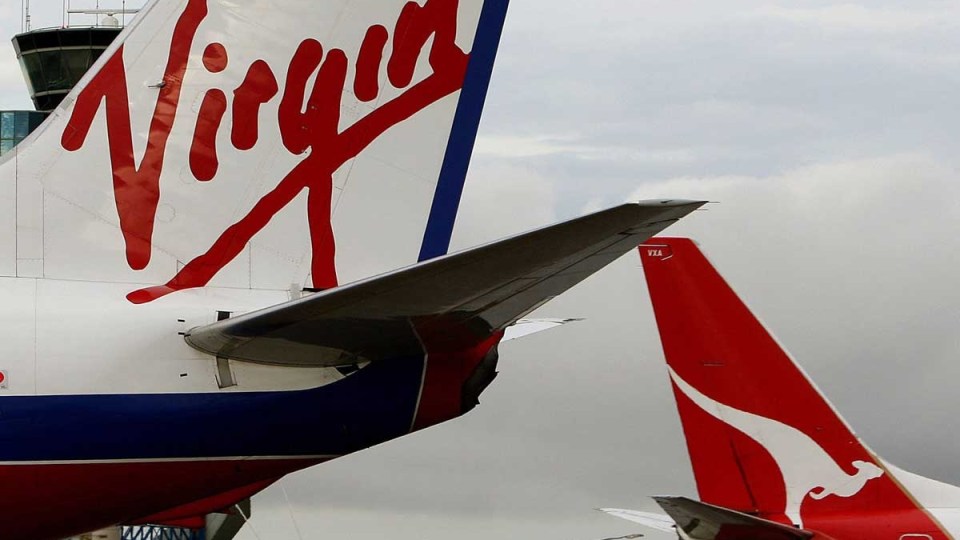 Virgin Australia and Qantas have reported a recent surge in the purchase of flights. Photo: Getty

As the country races to reach its 70 per cent fully vaccination target, Australians are rushing to buy tickets for their interstate and overseas travel plans.

Virgin Australia and Qantas have both reported surges in flight bookings on Monday after Victoria and Queensland announced the upcoming re-opening of their borders.

Late on Tuesday afternoon, Victoria confirmed it would ease border rules with NSW. From midnight, there will be no declared “red zones” in NSW, with all of greater Sydney moving to orange and many other areas easing to green.

“This means after 11.59pm tonight, if you have had two doses of the COVID-19 vaccine and you have been in the Sydney area (which will become an orange zone), you can enter Victoria on an orange zone permit without any quarantine or testing requirements,” chief health officer Brett Sutton said.

Unvaccinated arrivals from orange zones into Victoria must get tested within 72 hours and remain isolated until they get a negative result.

Traffic to the Virgin Australia website soared by 100 per cent on Monday, and an overall increase in bookings by 134 per cent directly following Queensland Premier Annastacia Palaszczuk outlining the state’s roadmap to reopening.

Nearly half of all bookings were for travel in December and January, Virgin Australia said.

“Already we can see travellers are excited by the prospects of flying again, which has been evident by the significant uplift in website traffic and bookings,” a spokesperson said.

It was also the “single largest day” of points spent in Virgin’s loyalty program since June, with a 150 per cent jump in redemption bookings.

Since October 1, thousands of frequent flyers have snapped up seats on flights between Sydney and London and Sydney and Los Angeles after Qantas brought forward its planned restart date for international flights to November 14.

“There’s no doubt we will appreciate travel in 2022 like never before and Qantas is excited to help Australians rediscover the joy of flying and making travel memories with their loved ones,” Qantas Loyalty CEO Olivia Wirth said on Tuesday.

The return of international travel, Victorian Premier Daniel Andrews reminded people at a press conference on Tuesday, was in the hands of the federal government.

Prime Minister Scott Morrison poured cold water on that plan within hours, saying returning Australians would have the first priority before international tourism could resume.

“We are not opening up to everyone coming back to Australia at the moment,” he said – and did not specify a date for when that might changed.

However, the cap on returning citizens and permanent residents will lift for the fully vaccinated from November 1. Certain international flights are also expected to resume from mid-December.