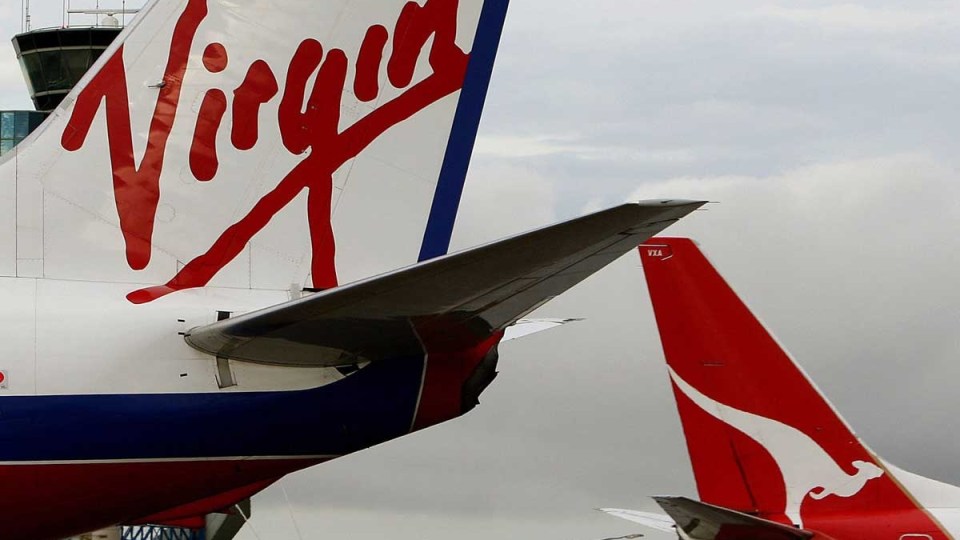 Australian airlines have taken out a fleet of prizes in the prestigious world’s best airline awards, despite the pandemic keeping most planes grounded for the past 18 months.

The Alan Joyce-helmed firm was beaten for the top gong by Qatar Airways in first place, Air New Zealand in second, and Singapore Airlines in third.

Qantas also picked up the awards for best lounges and best domestic service.

Rival Virgin Australia took out the coveted best cabin crew award and was named 18th in the global top 20.

Jetstar Group boss Gareth Evans said the pandemic had affected the airline, but it was committed to being there when borders open.

“At a time when families and friends are looking forward to reuniting after months and years apart, providing affordable travel through our low fares is more important than ever, and we can’t wait to reconnect loved ones when international borders open,” Mr Evans said.

Monash University aviation expert and co-author of Up in the Air Greg Bamber told The New Daily the top world’s top three airlines – Qatar, Air New Zealand, and Singapore –  had an advantage from being public-sector enterprises that could continue to operate during the pandemic.

Qantas, which came third for best airline in 2019, has fallen in the rankings over the course of the pandemic.

“During the pandemic, Qantas has stopped all of its usual international flying apart from its special repatriation flights and flying in the Australia-New Zealand bubble,” Professor Bamber said.

The pandemic prompted Qantas to start another round of cost cutting, which resulted in a drop in customer service standards, he said.

“It made thousands of people redundant and closed its customer service centres in airports,” Professor Bamber said.

“This made it more difficult for customers to change their flight arrangements, say, if their flight has been cancelled.”

The coronavirus has already changed the way we travel, with border closures and outbreaks making it more difficult.

But when borders open, Professor Bamber said there may be good news for those flying internationally.

“In view of health concerns, it is likely that the pandemic will induce customers to prefer to fly point-to-point wherever possible rather than to transfer through a hub,” he said.

“Therefore, this may give an impetus to Qantas to implement its plans to fly non-stop, from example, from Melbourne and Sydney to London and New York.

“Customers will be more reluctant to transfer via such hubs as Singapore and Los Angeles as they have done hitherto.”

What makes a great airline?

To be named in the top 10, airlines must achieve a seven-star safety rating and demonstrate leadership in innovation for passenger comfort.

Qatar Airways was ranked No.1 because of its cabin innovation, passenger service, and its dedication and commitment to continue to operate throughout the COVID pandemic.

The airline boasts a slew of industry firsts.

It was first to complete IATA’s IOSA safety audit, first to be fully COVID audited and compliant by both AirlineRatings and Skytrax, and among the first to trial IATA’s COVID Safe Travel Pass.

Air New Zealand earned its second place finish thanks to its innovation and industry leadership.

Qantas secured the fourth spot due to its outstanding safety record and fiscal performance during the extremely difficult COVID pandemic, according to the awards.

World’s best airlines revealed: From Qantas to Virgin, this is how Australia’s carriers fared