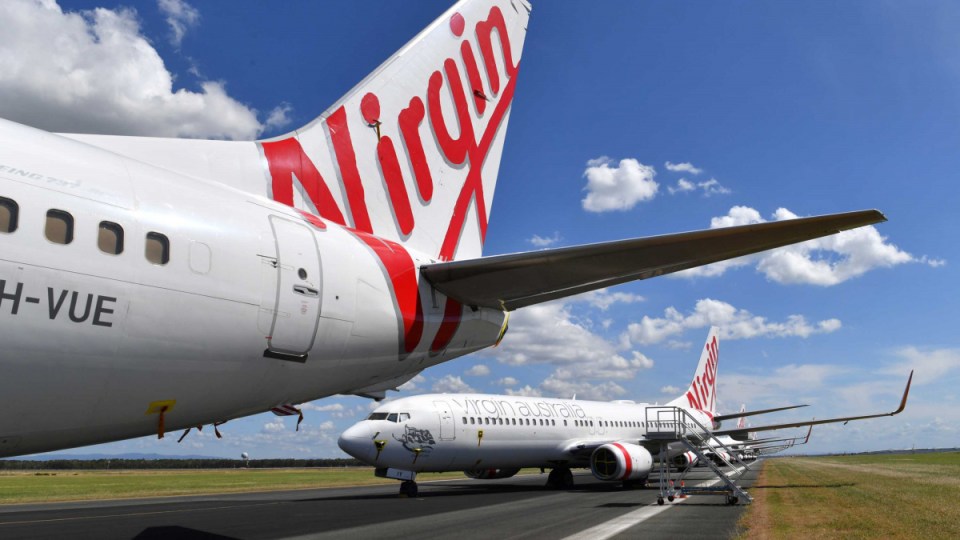 Virgin Australia says it plans to reach 100 per cent capacity by the end of the calendar year in the aftermath of crippling COVID-19 restrictions, with several aircraft and 220 cabin crew set to return to the skies.

As part of its staged comeback, the airline announced plans to bring in an additional 10 Boeing 737-800 aircraft to meet an expected surge in domestic tourism.

Between now and the June school holidays, Virgin has committed to add more than 220 return flights a week to its schedule on key travel routes across the country.

It comes after a year of rolling travel restrictions, which grounded hundreds of aircraft and left thousands without jobs across Australia as the airline’s capacity plummeted to 20 per cent at the height of the pandemic in June 2020.

Speaking in Brisbane, the airline’s chief executive Jayne Hrdlicka outlined the airline’s recovery plan, with plans to reach 80 per cent capacity by mid-June.

“We are hopeful we will get back to 100 per cent by the end of this calendar year – that’s the burning desire,” Ms Hrdlicka said at a cabin crew training event.

“Today, we are operating around 850 weekly return flights, and as we approach the June school holidays, we will add another 220 return flights per week to our schedule.”

Ms Hrdlicka said Australians were increasingly hungry to travel again, with more than 75 per cent of tickets booked with the recovering airline from May onwards.

“We see a lot of demand in Australia. Those people who get back in the air are so excited to take their first steps to get back to normal,” she said.

New flight routes will be created between Melbourne and Hamilton Island and Melbourne and Darwin as part of the airline’s fast-tracked recovery efforts.

Ms Hrdlicka said 220 Virgin staff who had been on a redeployment list during the pandemic are set to be reemployed.

Airline staff who were part of discontinued Tiger Australia’s international long-haul crews or regional aircraft teams had been on retrenchments lists since being stood down in 2020.

“All new jobs will be first to alumni, so we can get as many people back in the family and back into the team,” Ms Hrdlicka said.

A recruitment drive is also underway for an additional 150 cabin crew roles.

Ms Hrdlicka said she was hopeful domestic border closures would soon be “a thing of the past”.

From April 19, Virgin will also bring in flights from Brisbane to Alice Springs and Brisbane to Mount Isa under a new leasing arrangement with Alliance Airlines.

Ms Hrdlicka called on the federal government to start opening its borders to countries with high vaccination rates, such as the US, Britain, Israel and Singapore.

“We need to get more confident in taking bold steps – reducing time in quarantine, changing quarantine rules for people who have been vaccinated,” she said.

It comes as delays to Australia’s COVID-19 vaccination program threaten to push back plans for airlines to resume international travel.

Earlier this week, Federal Health Minister Greg Hunt said international borders may not be reopened, even after all Australians had been vaccinated.

But Ms Hrdlicka said she was confident Australia would open its borders to the world once the most vulnerable had been fully vaccinated.

Qantas boss calls for passengers to be vaccinated

Qantas CEO Alan Joyce said while the domestic market was in an amazing position, the international border question was an important one for Australia’s future.

“National cabinet is discussing how do you open up and the Prime Minister has said he is going to have a number of meetings each week about the requirements for that,” Mr Joyce said.

“I am hoping once we get to herd immunity for the adult population in Australia, there should be no reason why you do not open up the international borders.”

“I think there is a real danger to our economy, to our tourism, to our business traffic, that we are laggards here and fall behind the rest of the world.

“All the good work that was done through suppressing COVID will disappear because we will fall behind economically and some sectors of the economy will take a hit on it.”

Mr Joyce said he believed most governments would require a COVID-19 vaccination for incoming international passengers as travel resumes across the globe.

“I think Iceland now has put in place the requirement that if you get into Iceland and you have been vaccinated, you do not have to go into quarantine,” Mr Joyce said.

“The Israelis are talking to the Greeks and Cyprus about people who have been vaccinated being quarantine free.”

Mr Joyce said it was likely Australia would also require the vaccine for incoming passengers if they do not enter hotel quarantine.

“We are regarded as the safest airline in the world. As a consequence of that, we have a duty of care to our people and our passengers,” he said.

“We think, as a requirement, that people should be vaccinated before they get on our aircraft.”

On Thursday, Mr Joyce reopened the first class lounge in the international terminal at Sydney Airport, ahead of the resumption of flights with New Zealand on Monday.

“The flight display information system at the lounge is still displaying the flights that were operating on March 23 last year, on the day we closed the lounge down,” he said.

“This has been locked in time for over a year. In a move that is very symbolic we are going to flick the flight board to show those departing on Monday.”