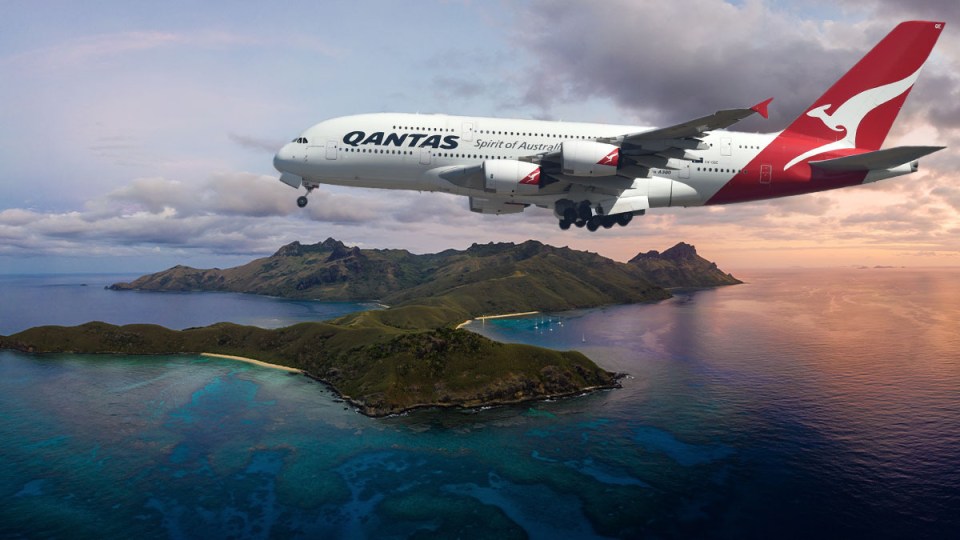 Qantas is offering a limited number of 'mystery flights' in a bid to offset pandemic losses.

Australia’s international borders will remain shut until at least the middle of the year due to the coronavirus pandemic, but that doesn’t mean all travel is off the cards.

The nation’s international borders were first closed a year ago, and will remain so until at least June 17, the government confirmed on Wednesday.

Last week, Qantas announced that it would push back its launch date for resuming international flights from July to October 31, in line with the government’s stated deadline for the completion of its coronavirus vaccine rollout.

For sightseers unwilling to wait that long to get aboard the Flying Kangaroo, the airline announced on Wednesday that it will be reviving  ‘mystery flights’ for a ‘limited time only’.

It follows the success of  the airline’s scenic ‘flight to nowhere‘, which made international headlines after selling out in just 10 minutes in September.

Qantas last offered ‘mystery flights’ in the 1990s, but the 2021 version will come ‘with a twist’, the airline said in a statement.

“You book a flight without knowing what destination you’ll end up in until you join 120 others on a surprise adventure day outing,” Qantas said.

“The destination will be revealed as the aircraft commences its descent. You’ll also be able to live track your flight path on the seat-back screens.”

Three private-charter Qantas B737 flights will depart from Sydney, Melbourne and Brisbane and transport passengers to an undisclosed location about two hours away.

Passengers will enjoy activities, meals and drinks before being flown home.

Tickets start at $737 for an economy fare,  with seats to go on sale on Thursday.

Qantas has been hit hard by COVID-19, bleeding a record $1.08 billion in the last six months of 2020, with the closure of international borders due to COVID-19 largely to blame.

On Wednesday, Qantas domestic and international chief executive Andrew David painted a grim picture to a parliamentary inquiry into the future of Australia’s aviation sector post-COVID-19.

“It’s been a very sad year,” Mr David said, with the airline cutting staff and grounding most of its fleet.

“If we saw state borders close again the impact is going to be huge,” he said.

Monash University aviation expert and co-author of Up in the Air Greg Bamber said the aim of resuming Qantas and Jetstar flights to select international destinations by October 31 “should be an achievable target”.

However, “much will depend on governments keeping borders open and getting effective vaccines administered widely, not only in Australia, but also around the world”, Professor Bamber warned.

“Many other countries have much less effective logistics and health systems than Australia. It’s difficult to predict the future with this awful pandemic, with new strains emerging periodically,” he said.

“The vaccines may not all be effective in relation to all of the new strains. If there are new outbreaks, governments may react by closing borders.”