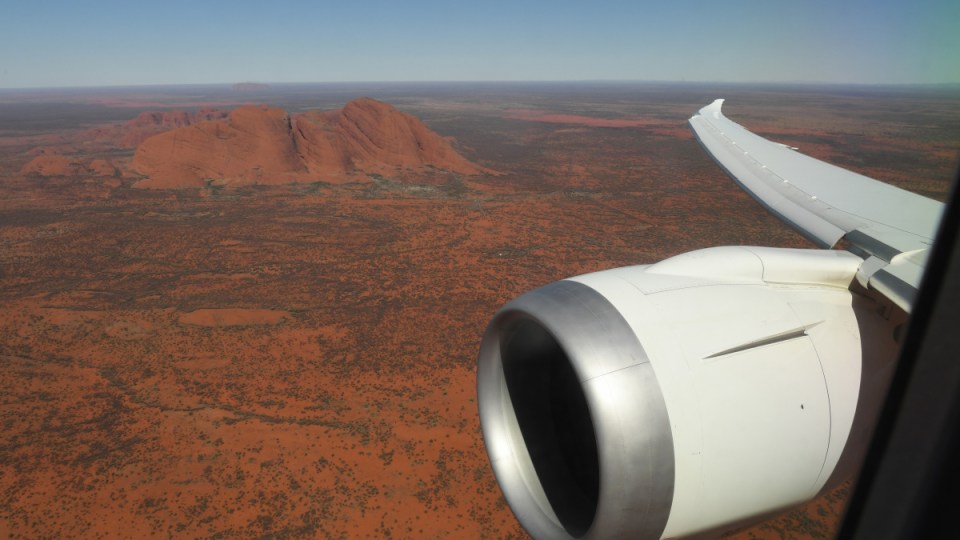 Buoyed by the success of its “flight to nowhere”, Qantas is about to get a whole lot more specific with a series of scenic “flights to somewhere”.

Seats on the airline’s ‘Great Southern Land” flight sold out in 10 minutes when it was announced in mid-September.

Dubbed the “flight to nowhere”, the October 10 flight took off from Sydney for a journey taking in some of Australia’s most famous sights – the Great Barrier Reef, Uluru and Kata Tjuta among them – before landing back in the harbour city seven hours later.

Now Qantas, which has been battered by the pandemic, has another idea to help keep its planes in the air.

“We were overwhelmed with the response to our scenic flight while most border restrictions were still in place. It sold out in 10 minutes and the feedback from people onboard was fantastic,” Qantas Group chief executive Alan Joyce said on Thursday.

With more domestic borders opening, the national carrier is expanding the scenic flight concept to offer overnight getaways to some of Australia’s travel hot spots, while still including spectacular low-level flybys.

The first of the scenic flight getaways will take off on December 5, taking 110 passengers from Sydney to Uluru to experience one of the country’s most culturally significant sites.

The overnight outing will start with a pre-flight lounge champagne breakfast, and also feature low-level flybys of Sydney Harbour and circuits of Uluru and Kata Tjuta.

Qantas is promising guests a “memorable Red Centre experience” at Uluru, with an overnight stay and cultural tours.

Mr Joyce said Qantas and its budget arm Jetstar were operating at just under 30 per cent of their pre-pandemic domestic capacity.

“If borders continue to be relaxed, we’re hoping that will reach about 50 per cent by Christmas. That will be great news for a lot of people in the travel and tourism industry as well,” he said.

Tickets for the first flight go on sale on Thursday afternoon. They don’t come cheap – starting at $2499 for twin-share accommodation and economy class seats.

From nowhere to somewhere – Qantas takes off with more scenic flights