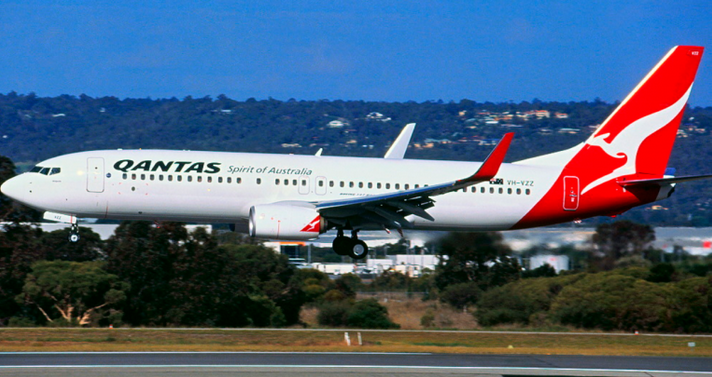 Qantas says it won't fly overseas, except a handful of flights to New Zealand, until at least October. Photo: Qantas

Qantas has cancelled international flights until late October except for services to New Zealand.

Qantas signalled flights could resume if travel between Australia and other countries opened up.

“With Australia’s borders set to remain closed for some time, we have cancelled most international flights until late October,” a Qantas spokesperson said early on Thursday.

“We still have some flights scheduled across the Tasman in the coming months, with the expected travel bubble between Australia and New Zealand.

“Should travel between Australia and other countries open up and demand returns, we can add more flights back into our schedule.”

On Wednesday, Senator Birmingham encouraged Australians to holiday domestically, with international travel forbidden for the foreseeable future due to the coronavirus threat.

He said the government might eventually look at short-term overseas travel to countries other than New Zealand that have similar success in suppressing coronavirus.

“I do, sadly, think that in terms of open tourist-related travel in or out of Australia, that remains quite some distance off, just because of the practicalities of the volumes that are involved and the need for us to first and foremost keep putting health first,” he told the National Press Club.

Instead, Senator Birmingham encouraged Australians to holiday at home.

“For those Australians who can afford to do so, we want them to feel an almost patriotic duty to get out and support the jobs and small businesses of their fellow citizens by having whatever Aussie holiday they can,” he said.

“I hope Australians use this time to travel across our magical continent and become better-informed ambassadors of all that we have to offer.”

The closure of state borders has been a sticking point in preventing Australians from holidaying farther afield throughout the country.

South Australia reopened its borders to people from Western Australia, the Northern Territory and Tasmania from Wednesday. It will follow with visitors from other states from July 20.

Queensland is expected to reopen to interstate visitors from July 10, midway through the NSW school holidays.

The NT will open its border on July 17, while Tasmania has also flagged a July date. Only WA is yet to set a date for ending its border closure.