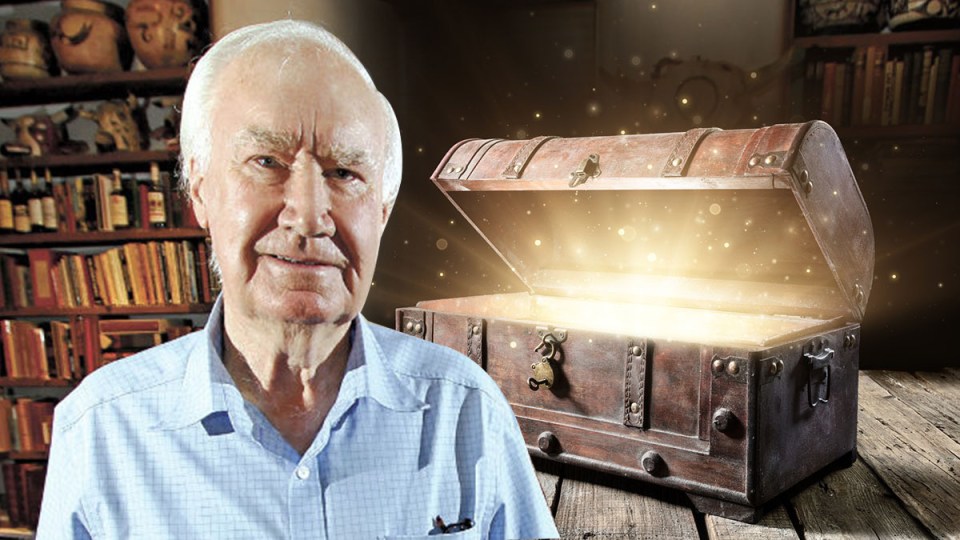 Forrest Fenn hid a chest containing $US1 million of goods in the mountains more than a decade ago. Photo: AAP/TND

For 10 years, it was arguably the world’s greatest treasure hunt.

Now, it seems to have come to an end.

Author and antiques dealer Forrest Fenn hid a treasure chest full of $1 million of jewels in the Rocky Mountains in the US, and laid clues to its whereabouts in his 2010 memoir in 24 lines of poetry, as well as online.

On Sunday US time, Fenn, 89, confirmed to a Santa Fe news outlet that ‘The Thrill of the Chase’ had finally come to an end.

The finder was “from back East”, Fenn said, but did not reveal any more clues about his identity.

Fenn told the Santa Fe New Mexican the man had confirmed the find through a photograph.

“It was under a canopy of stars in the lush, forested vegetation of the Rocky Mountains and had not moved from the spot where I hid it more than 10 years ago,” Mr Fenn announced via his website.

“I do not know the person who found it, but the poem in my book led him to the precise spot.”

Mr Fenn hinted that more information, including photographs, will follow in the days to come.

It took Fenn two trips to transport it to its hiding spot.

He said he decided to set the challenge as a way to encourage people to explore nature, and to give hope to people following the global financial crisis.

It has been estimated more than 350,000 people have trekked through the mountains looking for the treasure – some people have said they quit their jobs to take on the challenge. Five people died on the hunt.

Last year, a Colorado man sued Mr Fenn for $US1.5 million, saying he laid “fraudulent statements” that prejudiced his ability to find the treasure.

David Hanson claimed he followed the clues, but when he arrived where the “treasure was hidden” Mr Fenn released more clues, which led him away from the search area, allowing someone else to find the treasure. The case was thrown out in February.

A Chicago real estate attorney further told the New Mexican she’ll be filing an injunction to the federal district court, saying she solved the puzzle but was then hacked by a stranger, who used her solutions to get to the chest.

Barbara Anderson intends for the injunction to prevent this unknown defendant from selling the chest’s contents.

She’s further asked for the court to hand the ownership of the chest to her.

Forrest Fenn’s treasure hunt solved after a decade of searching