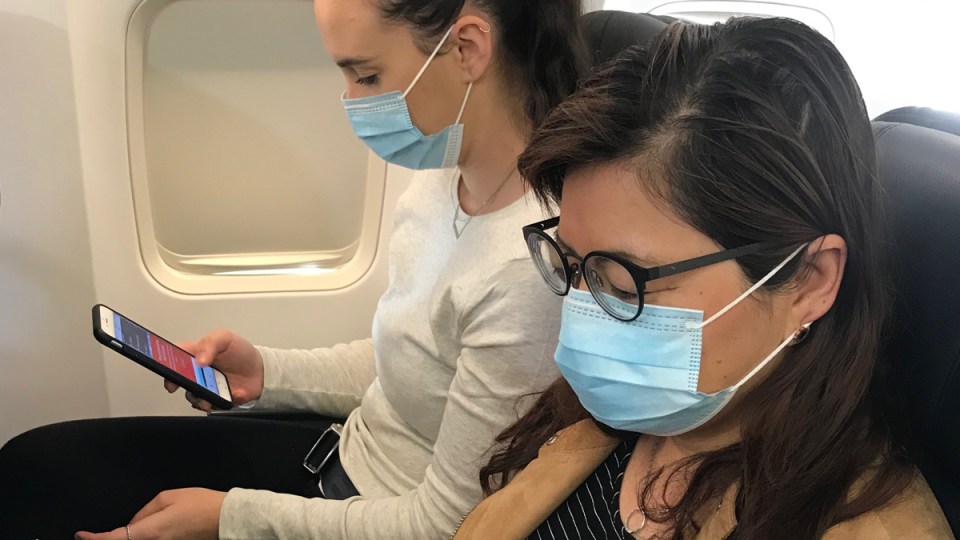 Qantas says it will sell middle seats when it returns to carrying crowds of passengers. Photo: Qantas

Qantas chief executive Alan Joyce has defended his company’s decision to not abide by social-distancing restrictions on flights.

He told RN Breakfast it would be “uneconomical” to leave the middle seat in every row unfilled and would lead to skyrocketing airfares.

“To get the four metres squared, you’ll end up with 22 people on an aircraft of 180 seats … and the airfares are nine to 10 times as much.”

Mr Joyce also said, based on expert medical advice, his airline’s other precautions were enough to prevent the spread of coronavirus on flights.

On Tuesday, Qantas released its new measures to safeguard against the pandemic while flying.

It said the air-conditioning on its planes were fitted with hospital-grade HEPA filters, which removed 99.9 per cent of all particles, including viruses.

The airline also said the cabin air was refreshed every five minutes, and that it would provide passengers with wipes, sanitiser and masks.

However, wearing a mask is not “mandatory” on board, but is recommended for “everyone’s peace of mind”.

Despite Qantas claiming the risk of catching coronavirus on board was “extremely low”, not every medical expert was convinced.

“Being in an aircraft is a high risk … it’s an enclosed space where lots of people congregate for long periods of time,” Professor Raina MacIntyre, a virologist at the University of NSW, told the ABC on Tuesday.

Professor MacIntyre said the use of HEPA filters on Qantas’ flights would help to limit the risk of catching the virus through its air-conditioning.

But she said the risk of infection also depended on whether Qantas was using “outside” air or “recycled” air, and that refreshing the cabin air every five minutes might not be enough.

Mr Joyce said: “We’ve carried a lot of people around the globe since COVID-19 has come out.

“And we know hundreds of thousands of people have travelled in aircraft, and there’s no person-to-person known transmission on an aircraft.”