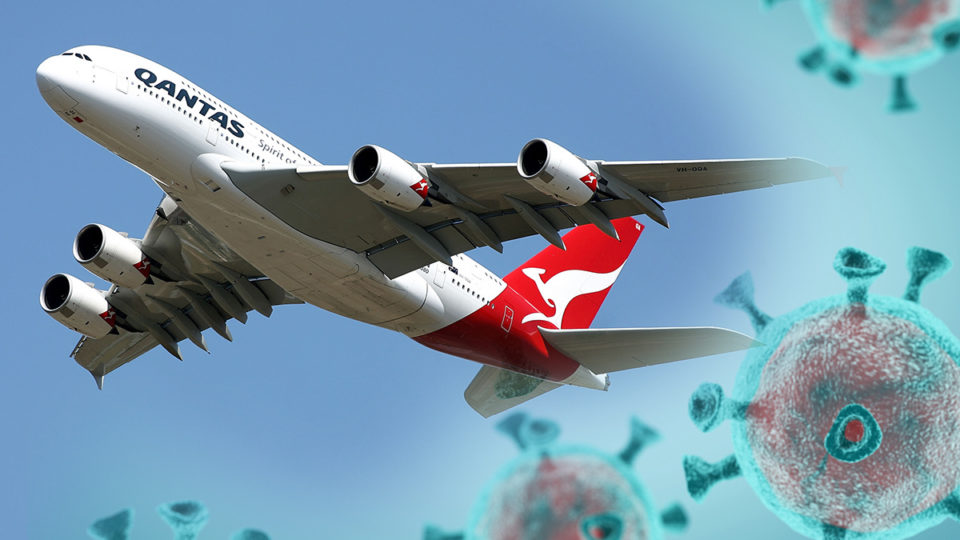 Like airlines across the world, Qantas has been hit hard by the virus outbreak, and has suspended more aircraft orders. Photo: TND Photo: TND

Qantas has hit pause on more aircraft orders as it seeks to buffer the financial blow dealt by the worldwide virus pandemic – but its ultra long-haul flights could be its saviour in the long run, an industry expert says.

The Flying Kangaroo made the announcement on Monday that it has halted an order of three Boeing 787s and 18 Airbus A321neos, in addition to the 12 Airbus A350s pegged for Project Sunrise long-haul flights, which it put into limbo last week.

However, Professor Bamber said Qantas still has Project Sunrise to fall back on.

While it might seem like 20-hour direct flights from Australian eastern capitals to New York City and London would be among the first plans to be scrapped as airlines seek to re-enter skies in the coming years, it could be what travellers favour most in a post-pandemic world, Professor Bamber said, who is also co-author of the book Up in the Air.

We already know the Project Sunrise flights were going to be expensive, aimed at the business flier who wants to get from A to B with the minimum of fuss.

There’s a lot of talk and worry in the aviation world about what travel will look like when it’s able to resume, Professor Bamber said.

Part of that talk is what health measures will be introduced.

It’s highly likely, he said, that passengers and their carry-on luggage will need to be disinfected before getting on their flight, adding time and costs to the boarding process.

Passengers might worry that stop-over airports may also insist on some kind of quarantine, Professor Bamber said.

“It may well be that people may be more willing to pay more for that premium flight … because they don’t want to get caught up in the struggle of transferring flights,” he told The New Daily.

Of course, these situations are in the distant future for Qantas.

More immediate is the airline’s desire to get its domestic routes back in the skies with as many bums on seats, as soon as possible.

The government is enforcing social distancing on domestic flights, which most commonly looks like the middle seat of three-person rows going empty, a move that’s been adopted by some US carriers.

“We just need to get those practices that are on those charter flights into the domestic operation, which is our intent,” Mr Joyce told the program.

Professor Bamber said the middle-seat conundrum was likely to pop up more as we look to restart domestic flights to some degree.

Leaving it vacant will push up airfares considerably, he said.

“Airlines around the world are tightening their belts very much so and some of them are going to disappear unless governments help them out,” said Professor Bamber, adding it may be up to three years before airlines see a pre-COVID level of demand for flights.

“The chief executive of Emirates has said it won’t be flying its A380s or super jumbos any time soon.

“It’s going to be very hard for airlines to fly their big planes when people are reluctant to travel and people have gotten used to being able to work from home (and not have to travel for work).

“The industry is very worried, across the world.”

Qantas suspends aircraft orders, but has a plan to return to full strength