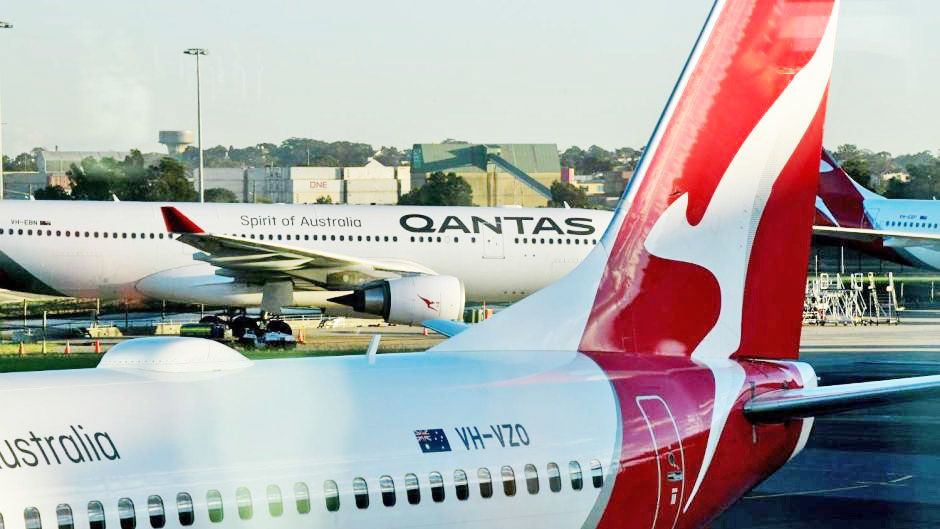 Airlines around the world – including Qantas – are taking extreme measures in the face of the coronavirus spread. Photo: Getty

The government is under pressure to save Australia’s airlines as key carriers move to cut 90 per cent of international and 60 per cent of domestic routes.

Qantas on Tuesday announced it would be dramatically slashing the number of international seats, in a desperate bid to stay in the air.

Already, the airline has asked some staff members to take paid or unpaid leave to help keep its bottom line balanced.

It might seem like a dramatic move on the surface, but it’s more tempered than some international airlines’ reactions, Monash University aviation expert Greg Bamber told The New Daily.

Professor Bamber said Qantas and Virgin Australia had been reacting to the evolving situation step by step, but were overall doing the “responsible thing”.

Because of the tight margins airlines make on flights as it is, coupled with the monopoly airports have on the Australian industry, some of the responsibility now lands with the government to keep our national carriers flying.

“There’s pressure on governments around the world now to move away from the mantra of, ‘We’re not going to help businesses’,” said Professor Bamber, co-author of Up In The Air.

There’s many ways the government can help airlines – from relaxing payroll taxes to persuading airports to reduce parking and landing taxes.

“There are other levers the government can pull in these situations,” he said.

“They sure don’t want to see another airline go belly up, like Ansett did in 2001.”

Reality is Qantas is Too Big To Fail (TBTF). Govt may let Virgin go but Qan, Challenger, AMP, Sydney Airport are all TBTF. And, of course, the banks. Corporate welfare story to come #auspol

Given the reduced numbers of passengers on planes, those who are choosing to fly are able to keep the recommended social distancing on planes, Professor Bamber said.

For Queensland woman Amanda Hesse, who flew home from Melbourne on Tuesday afternoon, it was a different experience.

Ms Hesse told The New Daily while she arrived to a relatively empty Melbourne airport, her flight to the Gold Coast was full.

Passengers were diligently wiping down their seats and tray tables before sitting down, she said.

The virus spread was the talk of the aircraft.

“I overheard one young lass say she was a nurse so was resigned to the fact that one day she will be in fact COVID-19 positive,” Ms Hesse said.

“A couple of people coughed. No one stole toilet paper from the aeroplane dunny. All very civilised really.”

What airlines should be doing now, Professor Bamber recommended, is making sure they keep as many workers as they can.

“That’s a lot of experience and knowledge base to potentially lose,” he told The New Daily.

“People will be flying again, but we just don’t know when that will come.

“Airlines need to be prepared when that happens.”

It’s what the government does during this slowdown that will most affect the future of our national carriers, Professor Bamber said.

Already, the industry is hurting – wounds like the Boeing 737 MAX shutdown are still bleeding.

That’s put pressure on Airbus as a manufacturer to pick up extra orders.

The government’s action or inaction will heavily decide whether airlines pass the cost of this downturn onto consumers when aviation travel returns to normal.