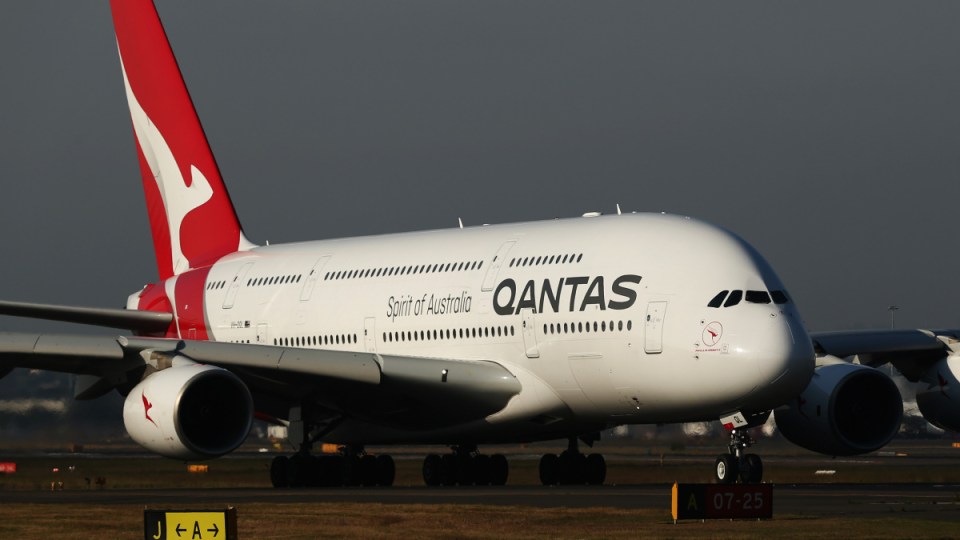 Qantas has been blasted over its cleaning practices after a workplace safety inspection determined the airline could be putting workers and passengers at risk of catching coronavirus.

SafeWork NSW was stinging in its assessment as it issued the airline with an improvement notice on February 26.

An investigation found that workers or passengers could be put at risk due its “inadequate system of work used to clean planes that may have transported passengers with an infectious disease”.

A Qantas spokesman said the airline was looking at SafeWork NSW’s claims and was “considering appealing the notice”.

“Our aircraft are thoroughly cleaned after each international flight,” he said.

The scathing assessment comes a month after a Qantas employee was stood down for raising safety concerns about cleaning planes coming from China.

The Transport Workers Union said the worker was suspended for advising colleagues on their health and safety rights when ordered to clean Qantas aircraft used to evacuate people from Wuhan, the epicentre of the coronavirus outbreak.

“This is the main regulator in New South Wales and its issued a report essentially stating that Qantas has put passengers and workers at risk of exposure to this virus because of the shoddy way that it’s directing its planes to be cleaned.

“The details will sicken anyone who’s flown on any Qantas flight in the last little while.”

TWU Assistant National Secretary Nick McIntosh calls on @Qantas to immediately act on the SafeWork notice that slams the airline’s exposure risk to #Covid_19 due to unsafe cleaning procedures and equipment. pic.twitter.com/T7Gpk4gDBs

Workers have told the safety watchdog they occasionally had to clean up vomit and blood.

SafeWork NSW ordered Qantas to develop and maintain a “safe system of work” for cleaning its fleet of aircraft by March 30, to minimise the risk of workers and other people catching infectious diseases, including COVID-19.

It also ordered the airline to consult with a health specialist to develop a system specifically to deal with COVID-19.

It recommended that it minimise cleaners’ exposure to tissues, face masks and nappies by having passengers dispose of their own waste.

Qantas blasted over potentially exposing workers and passengers to virus