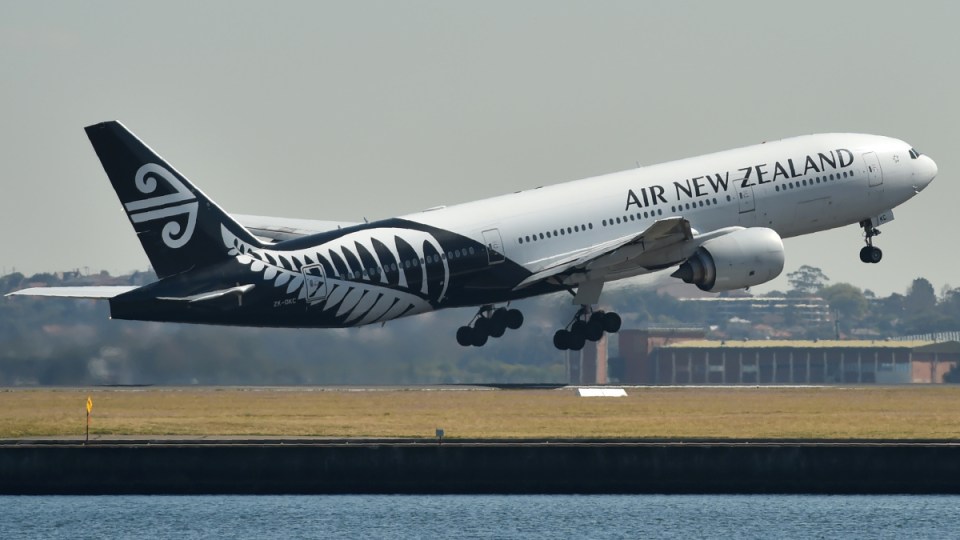 New Zealanders will be able to visit NSW and South Australia under the new deal. Photo: Getty

Australian carriers have lost out to their high-flying cousin across the ditch, as Air New Zealand took home the gong for world’s best airline.

Snatching the slot off last year’s winner, Singapore Airlines, Air New Zealand was praised for its record-breaking performance, in-flight innovations, and reducing its carbon footprint by 22 per cent over the past 10 years, at the prestigious awards run by airlineratings.com.

Monash University aviation expert and author of Up in the Air, Greg Bamber, said it was a “great achievement for the airline”.

The integral factor to the airline’s success was that it works with its staff, he said.

“One of the secrets of its success has been a determined strategy to have a high degree of workforce engagement,” Professor Bamber said.

“The assumption Air New Zealand is making is if it has a happy workforce then the workforce will ensure it has happy customers and they’ll return, thereby creating a circle.

“This could be compared with British Airways, one of the biggest airlines in the world which used to be ranked as the world’s favourite airline. It’s slipped to No.17 in this list and we can attribute that to some extent by the poor industrial relations it has fostered in recent years,” Professor Bamber said.

AirlineRatings.com editor-in-chief Geoffrey Thomas said the Kiwi carrier “punches well above its weight” and “is the industry’s leading benchmark”.

“Air New Zealand’s commitment to excellence in all facets of its business starts at the top with outstanding governance and one of the best executive teams in aviation through to a workforce that is delivering consistently to the airline’s strategy and customer promise,” he said.

The airline excellent awards cover the best in the aviation business, giving out kudos for swankiest airline lounges, finest first-class cabins and the most exciting – in-flight entertainment.

The airline, which is in a middle of testing its new 19-hour flight from London to Sydney didn’t win the Excellence in Long Haul travel award.

There was overall a “strong showing” from Australia, said Professor Bamber.

“Qantas is ranked No.1 for its lounges, which does not surprise me. It has excellent lounges,” he said.

“So an especially strong showing from this part of the world.”

The long-haul award was picked up by Cathay Pacific Airways, while  AirAsia won Best Low-Cost Airline in Asia/Pacific and Cebu Pacific clinched the title of Most Improved Airline.

“Our 12,500 employees both on the ground and in the air are committed to offering the best travel experience on the 17 million customer journeys we facilitate every year, so it’s fantastic to have these efforts recognised by such an esteemed global judging panel,” he said.

“While we are extremely proud to receive this award, 2020 marks Air New Zealand’s 80th year and we are focused on delivering some great new initiatives, as well as launching our non-stop Auckland-New York service in late October.”

This is the world’s ‘most excellent’ airline for 2020