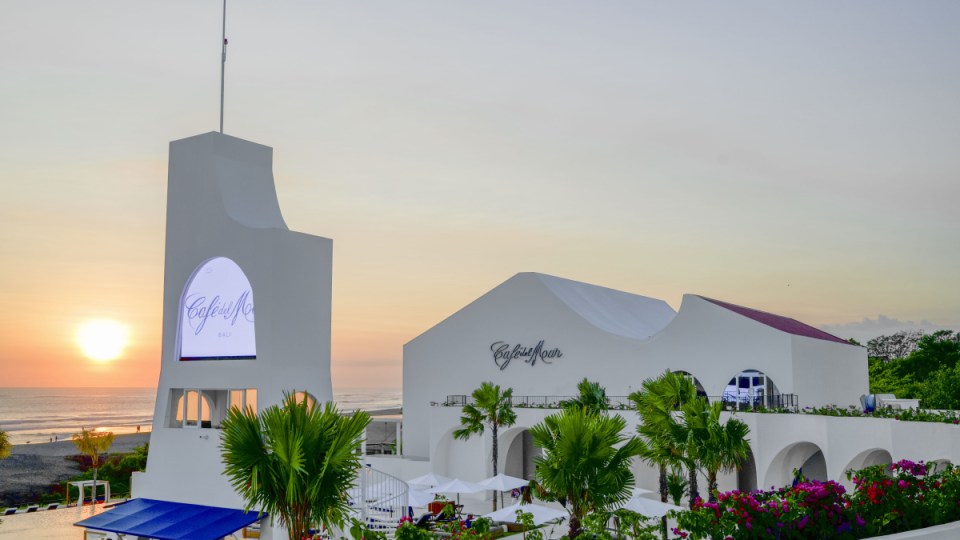 Earlier in 2019, Finns VIP beach club in Bali made headlines when it was revealed it was charging nearly $1200 for the privilege of lying on a daybed.

Despite the sky-high price, the so-called circular floating “party beds” at Finns VIP in the surfing mecca of Canggu have proved to be the club’s most popular attractions.

Now, a new beach club in Bali has raised expectations and shattered all price records – it’s charging just under $5500 to sit in a private cabana for the day.

Surrounded by other glamorous venues and shops in upscale beachside Seminyak, the new Cafe Del Mar Bali beach club is the 13th instalment of the famous lifestyle franchise founded in a whitewashed bar at Ibiza’s San Antonio Beach in 1980.

“When Cafe Del Mar started in Ibiza, it wasn’t even a beach club. It was a bar with an unobstructed view of the sunset,” said global chief executive and proprietor John Zappia, a Melburnian whose business interests span training, logistics, land development, property investment and hospitality.

“This place is obviously a lot fancier – it’s the biggest Cafe Del Mar ever built. But at the end of the day, it’s all about great music and amazing sunsets. ‘Born in Ibiza, reborn in Bali’ – that’s our tagline.”

From the moment one enters the foyer at Cafe Del Mar Bali, everything is palatial and white. The main bar is crowned with a 10-metre high white lighthouse with giant video screens on all four sides.

The oasis-shape pool covers a whopping 1000 square metres and has three sunken islands with circular couches that can be booked exclusively. There are also two sunken swim-up bars.

Daybeds with fresh blue and white linen line the 500-metre beachfront while the restaurant is cavernous, with three mediaeval-themed chandleries dangling from the ceiling. In the kitchen, chefs grill tomahawk steaks that normally sell for about $200 in Bali.

“In terms of food, we’re trying to be a bit more luxe than the other beach clubs. That means no burgers and fries,” Mr Zappia said.

On the other side of the 10,000-square-metre venue – which can accommodate up to 5000 guests – is a stage covered in a giant white dome where many of the world’s most popular DJs will perform under the curatorship of Sydney music promoter Rodd Richards.

Highlights from @thesoundgarden party last night are out! What an energetic crowd we had — survived 5 hours amazing set of both @missmelera and @djnickwarren 🎶 Thank you to those who joined us and look forward to seeing you again on the 17th November for another round of party at #cafedelmarbali with @cristophmusic 🎧 Presale online: 200K inc. one cocktail At the door: 250K inc. one cocktail Get your tickets: cafedelmarbali.id/events Suites, cabanas and daybed bookings available RSVP at VIP.bookings@cafedelmarbali.id or Whatsapp: +62 811 – 3941 – 4436 #cafedelmarbali #canggu #bali

But whether or not Boy George, the former British pop star turned DJ who has played at three sold-out Easter shows at Cafe Del Mar Sydney, will play in Seminyak is unknown.

“Boy George is so popular that he’s getting a little unapproachable. I don’t really see us as the kind of venue that needs to bid for famous DJs,” Mr Zappia said.

Alongside the stage and dance floor is the club’s pièce de résistance: A row of private cabanas. Each has its own plunge pool, lounge room, kitchenette, showers, bathrooms and change rooms. The largest is the size of a typical two-bedroom apartment in Australia, with two lounge rooms and a deck where a private chef can man a barbecue station.

Last Sunday, at an event featuring chart-topping DJ Nick Warren, the cabanas were advertised for $1550 a day, plus a $3100 minimum spend, on food and drinks. After adding 10 per cent tax and 8 per cent compulsory service charge, the minimum spend comes to $5481.40.

“There are big punters out there who are prepared to pay that much for the exclusivity and access,” Mr Zappia says.

“But it’s really not that unaffordable … You could have 25 guests in any of the cabanas. That breaks down to about $200 per person for front-stage access, a couple of waiters, bottle service, lots of cocktails, great food, your own private chef and the full-blown VIP treatment.”

Mr Zappia also told The West Australian recently that his long-delayed plans to open a Perth chapter of Cafe Del Mar were back on the drawing board.

“We’re working on it right now and are hopefully very close to signing a lease for a venue,” he said.

Is this the best beach club in the world? It certainly has the price tag for it