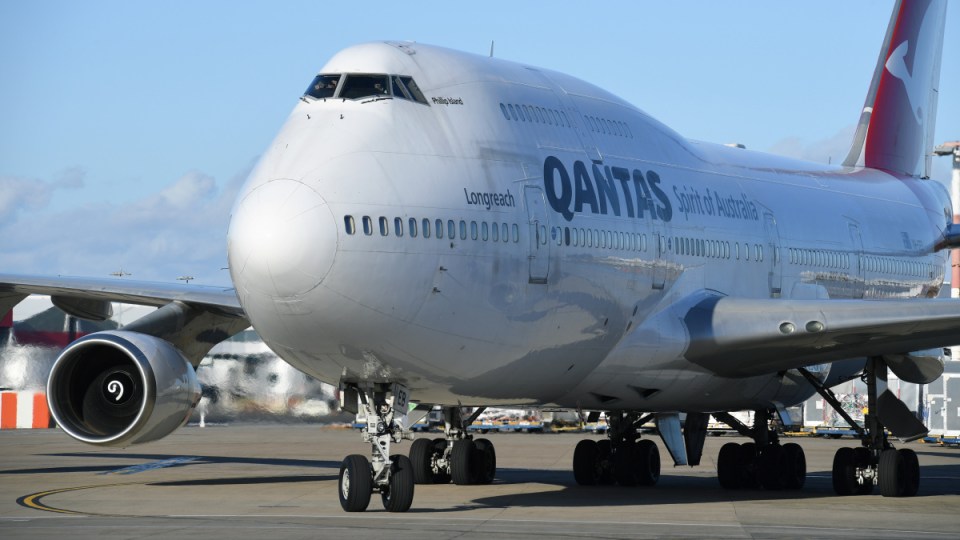 The plane was forced to undergo repairs at the base. Photo: Getty

Qantas has vowed to cut its net carbon emissions to zero by 2050, becoming just the second airline in the world to make such a pledge.

Chief executive Alan Joyce said the airline would cap net emissions at their 2020 level, and cut them gradually over the next 30 years.

The pledge includes all of of Qantas’s domestic and international operations, including its Jetstar, QantasLink and Qantas Freight offshoots,

Qantas’ announcement comes amid mounting scrutiny of the aviation industry’s carbon footprint. The industry contributes about 2 per cent of global carbon dioxide emissions.

The pledge exceeds that made by global industry body International Air Transport Association – which has committed to halving emissions from 2005 levels by 2050 – and is in line with the commitment made by British Airways owner International Airlines Group in October.

Mr Joyce said the company’s 2050 goal would be achieved through fuel efficiency and the use of carbon offset schemes, rather than by people flying less often.

“Concerns about emissions and climate change are real, but we can’t lose sight of the contribution that air travel makes to society and the economy,” Mr Joyce said.

“The industry has already come a long way in cutting its footprint and the solution from here isn’t to simply fly less but to make it more sustainable.”

To help achieve the net emissions goal, Qantas and Jetstar will double the number of carbon offset flights by matching every dollar spent by customers who choose to fly carbon neutral.

The money will go to Qantas Future Planet, which supports more conservation and environmental projects in Australia and overseas.

The airline will also invest $50 million in the next decade to help develop a sustainable aviation fuel industry.

“We know from our own trials that the technology works but we need to get to a scale of production where it’s a practical substitute,” Mr Joyce said.

Qantas said it would work with governments and private sector partners to support the development of sustainable aviation fuel in Australia and overseas.

The national carrier will also continue to invest in more fuel efficient aircraft.

It is on track to replace its Boeing 747 fleet by the end of 2020 with the more fuel-efficient B787 Dreamliners. Jetstar’s A321neo (LR) aircraft,
which begin arriving in 2020, use 15 per cent less fuel than the aircraft they will replace.