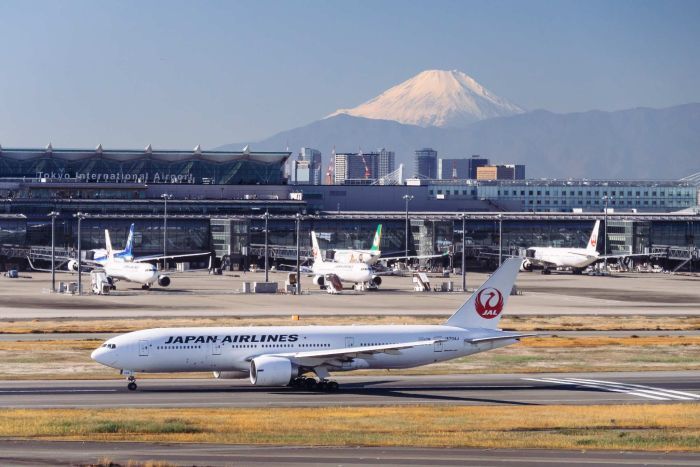 The option is being described as "trying to make everyday life as convenient as possible". Photo: Flickr

Passengers travelling on Japan Airlines (JAL) flights now have the opportunity to see where babies and toddlers are seated before they make their final seat selection.

The feature is available on the carrier’s online ticket booking system, where passengers deciding on seats view “infant icons” over the seats taken by those aged between eight days to two-years-old.

However, this feature will only be applicable to passengers who book domestic individual fares through JAL’s website, which knocks out those travelling on the carrier via tour or award tickets.

Additionally, if the aircraft is changed at the last minute, the carrier said the child-alert system may not necessarily be correct.

On its website, JAL presents the option with little fanfare, simply writing that the option “lets other passengers know a child may be sitting there”.

‘It is very Japanese’

Heloisa Flores, a Japan-based moderator on the popular aviation Facebook group, Airborne Memes for Flight-Oriented Teens, told the ABC that the decision was reflective of Japanese commuting traditions.

“I think this new feature is trying to make the experience of commuting on flights more similar to commuting on buses, trains or the Shinkansen, which are very quiet,” Ms Flores said.

“Usually, this is due to respect for workers who are either preparing to work long hours or are coming back from it.”

She added that speaking loudly, eating, and drinking on public transport is a cultural taboo.

Nice. But how long before we get upcharged for seats away from said babies? Japan Airlines introduces new seat map that shows where toddlers will be sitting on the flight @DailyMailUK https://t.co/2MUQoX024D pic.twitter.com/uJPj4oYEOn

“[The map] is in a sense very Japanese, trying to make everyday life as convenient as possible with little behavioural changes.”

The news of JAL’s move has been met with positivity online, with some Facebook and Twitter users writing that this added layer of comfort in the flying process should be made mandatory for travellers everywhere.

News about JAL’s decision has brought out other people’s flying grievances online, as other Facebook users noted that they wanted the option to avoid “seat recliners” and “landing clappers”.

For Ms Flores however, making the option available to other carriers might lead to other consequences.

“Outside of Japan, I think it could work indeed, but it could also lead to the monetisation of the service.”

Jordan Chong, news editor at Australian Aviation Magazine, told the ABC that the JAL move is one tool airlines can use when managing a variety of passenger needs in the one aircraft.

“So it’s [about] making sure the passenger experience is as comfortable as it can be when you’re stuck in an aluminium tube for hours and hours on end.”

He explained that airlines have introduced a variety of measures to keep every flyer happy, which includes siphoning-off parts of the cabin specifically for those who want quiet.

Carriers such as Scoot and AirAsia X administer “quiet zones”, where children under high-school age are barred from sitting in certain areas of the plane.

Similarly, Mr Chong pointed to Malaysia’s long-haul flights using the Airbus A380, where the plane’s upper level — which carries first-class, business, and some economy class seats — are entirely child-free.

Well this is interesting…..#JapanAirlines offering a baby map so that you can avoid sitting by any children!

Hmmm I think this is great, I mean no offense to anyone with children, but it’s your money and if you can have choices and options why not?

WHAT DO YOU GUYS THINK? pic.twitter.com/HwD6smJpa6

Another long-haul carrier, Etihad, specifically has flight attendants who are trained to work with young children, referred to by the carrier as “Flying Nannies”.

But others online have voiced a dissenting view to those who have implied that young children are to be avoided when flying.

However, Carrie Bradley, founder and editor of travel website Flying with a Baby, told the ABC that most people “are understanding when a young child is upset”.

“Often more issues can be caused by adults, [or] talking loudly,” she said.

She added that JAL’s decision may be able to reassure other parents flying for the first time with a baby, as they know others have had the option to move father away before take-off.

Other Facebook commentators also suggested the creation of “family areas” that would place young families in a certain section of a plane.

For Mr Chong, however, the variety of responses to JAL’s infant map reflects the diversity of people flying today — a situation which he said should be catered to.

“Travel is different things to different people,” he said.

“So we shouldn’t discourage anyone from trying new things when trying to improve the passenger experience.”