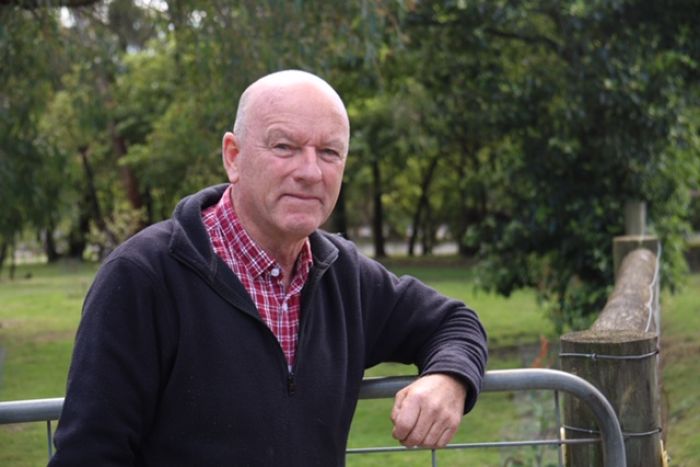 Mark Pearson and his wife Jenny had been booked on a Bentours world journey from China, to Mongolia, Russia and beyond.

“The trip really is to repay my wife for 49 years of putting up with me, but of course, it’s all ended in tears,” Mr Pearson said.

Tempo Holidays and Bentours were placed into voluntary administration on September 19, according to a company announcement.

Mr Pearson learnt that the insurance he had for the trip – he used coverage offered via his credit card provider to book the journey – was useless.

He said he was told by his insurance provider that on page 60 of the PDF document explaining his coverage it states that there is no cover for insolvencies.

“It’s buried right down the back for God’s sake,” he said.

When the Pearsons realised they would not be able to get their money back, they decided to pay an extra $5,000, on top of the $40,000 already spent.

They have settled on doing a shorter version of their original trip, with another provider, but he said it was not the “trip of a lifetime” they had originally planned.

“We’ve done a fair bit of travel over time,” he said. “And this was supposed to tick off another wonder — one of the Seven Wonders of the World, The Northern Lights — and it doesn’t look like it’s coming off.”

Cox & Kings has been struggling to meet its financial obligations for months.

The 178-year-old company ended operations early Monday – stranding hundreds of thousands of travellers – after a raft of challenges that included shifting travel habits, the rise of online booking sites and a 1.6 billion-pound ($2.9 billion) pile of debt.

Thomas Cook’s collapse has also caused pain for local company, Webjet, which has announced a $7 million loss to its bottom line and $200 million loss in expected revenue.

The fact that Thomas Cook and Cox & Kings have faced financial troubles at the same time raises wider questions about the state of the travel industry.

Flight Centre managing director Graham Turner does not believe it is a sign of the industry’s demise.

“It’s a real shame for an iconic brand like that [Thomas Cook] to go out of business. It’s a pity. But I don’t think it’s the marketplace. It’s the way they’ve been organised and run, and the amount of debt they have.”

Mr Turner said the fact that the two collapses happened within the space of a few days was just coincidental.

He also noted that the Thomas Cook model was unique in that it owned the airlines and hotels it offered consumers – all a huge cost impost.

As for the local tour operators who have faced trouble, he said, “We don’t know what the reason behind the collapse is.”

“It [Cox & Kings] been in trouble on and off for the last 15 years, so it’s not a big surprise for people in the industry.”

He said Flight Centre did sell some tours via Cox & Kings, and is dealing with its customers impacted.

“It’s not obvious at the moment,” he said.

“Liquidators have been appointed but we’re currently looking after our customers who are affected.

“Bear in mind that we do about $11.5 billion of travel in Australia — so it [the end of the brands] is not totally insignificant.”

The travel agent has evolved, and still will…

Despite the chaos, Mr Turner believes this is not the end of the traditional travel agent.

“I’m pretty confident that the [bricks and mortar travel agent] model will be here for at least the next 10 or 20 years, and after that I probably won’t be too worried about it,” he said.

“We believe people will still want to talk to people.

“If you’re doing a more complex arrangement in travel you really do need a travel adviser to help you with it, or you’ll end up paying a lot more.”

Mr Turner said out of a $42 billion travel leisure industry in Australia, about $6.5 billion was booked via online travel agents.

But he also noted that online was experiencing far higher growth rates of about 7 to 8 per cent a year, compared with only 2 to 3 per cent a year growth for traditional travel bookings.

Professor in tourism and director of the Centre of Tourism and Leisure Management at the University of South Australia, Mariana Sigala, said people would always pay for good service.

But she said travel agents “have to justify to people why they have to pay them a fee in terms of saving time, providing expertise, providing consular support.

“They need to realise they need to invest more in technologies having a presence on the high street is not enough.”