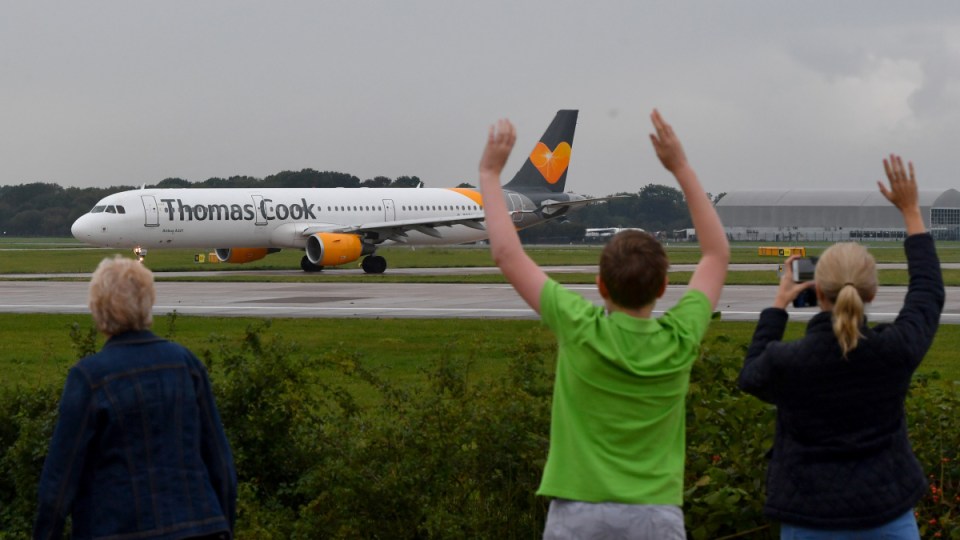 Tour operator Thomas Cook is said to be just days away from collapse unless it can reach a deal with its creditors. Photo: Getty

Up to 600,000 travellers have been left stranded after the failure of last-minute talks to save the world’s oldest travel company.

Thomas Cook was ordered into compulsory liquidation on Monday morning (Australian time) after it became apparent a deal to save the debt-written tour operator could not be reached.

Richard Moriarty, the chief executive of Britain’s Civil Aviation Authority, said the government had asked his organisation to launch “the UK’s largest ever peacetime repatriation”.

“Thomas Cook Group, including the UK tour operator and airline, has ceased trading with immediate effect,” the CAA said.

“All Thomas Cook bookings, including flights and holidays, have now been cancelled.”

The embattled company had earlier made a last-ditch appeal for a British government bailout and was in emergency talks with its creditors amid reports it would go into administration unless it secured an extra £200 million pounds ($A369 million).

“Banks, including RBS and Lloyds, insist the firm comes up with the new contingency funds in case it needs extra money during the winter months,” the BBC said.

Tourists were already reporting problems. Guests at a hotel in Tunisia owed money by Thomas Cook told journalists they had been asked for extra money before they were allowed to leave.

The company runs hotels, resorts, airlines and cruises for 19 million people a year in 16 countries.

It currently has 600,000 people abroad, forcing governments and insurance companies to coordinate a huge rescue operation.

Britain’s Department for Transport said all Thomas Cook customers overseas who were booked to return home in the next fortnight would be brought home as close as possible to their booked return date.

British Transport Secretary Grant Shapps said dozens of charter planes, from as far afield as Malaysia, had been hired to fly customers home free of charge and hundreds of people were working in call centres and at airports.

The government and CAA were working round the clock to help people, he said.

The CAA’s dedicated website for the company’s customers crashed shortly after the announcement.

“Although a deal had been largely agreed, an additional facility requested in the last few days of negotiations presented a challenge that ultimately proved insurmountable,” he added.

“It is a matter of profound regret to me and the rest of the board that we were not successful.

A million customers will also lose future bookings, although with most package holidays and some flights-only trips protected by insurance, customers who have not yet left home will be given a refund or replacement holiday.