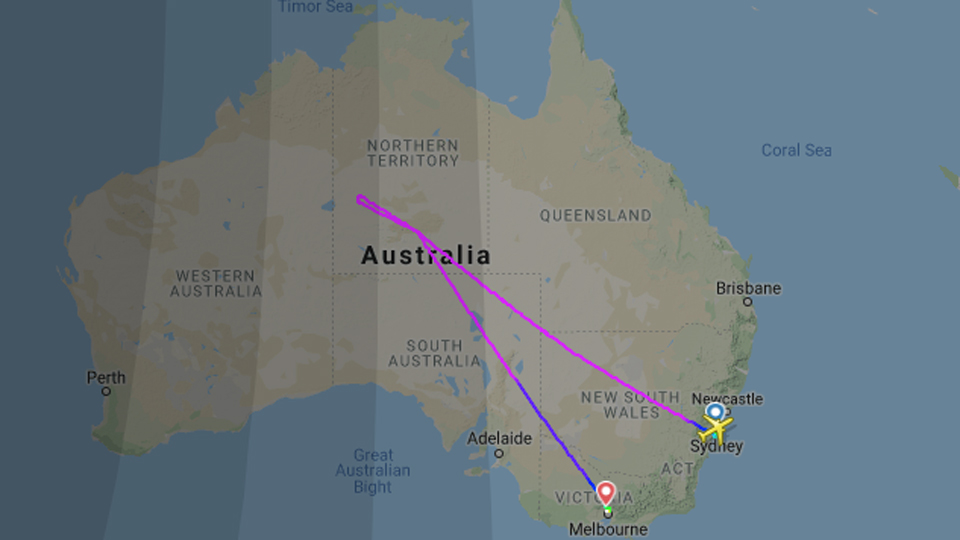 Flight JQ37 turned back about three hours into its flight to Denpasar. Photo: Flight Radar 24

A Jetstar flight bound for Bali has been forced to turn back and land in Melbourne after pilots reportedly noticed cracks in the windshield.

Flight JQ37 took off from Sydney Airport just before 5pm on Wednesday and was near Darwin when it turned back.

Reports suggest the pilots heard a crack in one of the cockpit windows about three hours into the seven-hour flight.

A Jetstar spokesperson told the Nine Network that the plane’s structure was not compromised, but the flight turned back because of “safety”.

“The captain of flight JQ37, travelling from Sydney to Denpasar, made the decision to divert the flight to Melbourne after he noticed a crack in the cockpit windscreen,” they said.

“While there was no impact to the structural integrity of the aircraft at any time, the decision was made to return to Melbourne as a precaution where the windscreen could fixed quickly, to prevent further delays.”

Jetstar Airways flight JQ37 from Sydney (SYD) to Denpasar (DPS) diverted to Melbourne (MEL) due to a crack in the cockpit windshield. pic.twitter.com/GcOTFVJ91n

Melbourne was reportedly the only airport where the window could be repaired.

The airline said passengers were offered accommodation in Melbourne and new flights to Bali on Thursday. No one was injured.

The cause of the crack is not year clear.