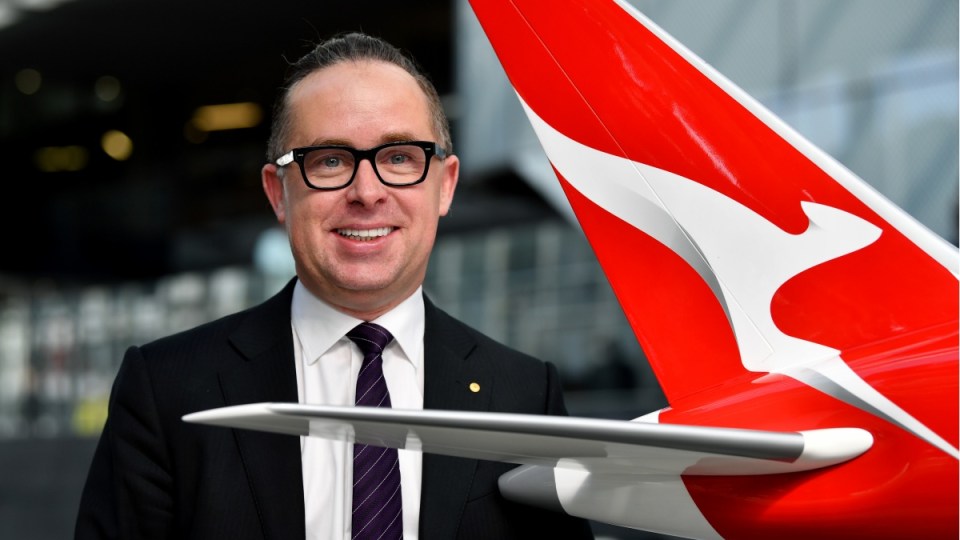 Qantas and Australia’s biggest travel agencies are feeling the brunt of a downturn in the number of Australians wanting to travel.

The nation’s biggest airline, Flight Centre and Webjet all released annual results on Thursday that were negatively affected by a decline in domestic demand for leisure travel, as well as some weakness in business travel.

Qantas has reported a moderate fall in profits, with the airline blaming a rise in fuel costs for much of the 6.5 per cent slide in net earnings.

The airline posted a statutory net profit of $891 million, down from $953 million last year.

Its preferred measure of underlying profit before tax was down even more sharply, dropping 17 per cent to $1.3 billion.

Qantas said it had earned record revenue over the past financial year, but it suffered a $614 million increase in fuel costs from rising oil prices and a further $154 million hit from the lower Australian dollar on non-fuel foreign expenditures.

“Even with the headwinds like fuel costs and foreign exchange, we remain one of the best-performing airline groups in the world,” he said.

“Overall demand from our corporate customers is flat, with continued strength in the resources sector offsetting weaker demand from other industries, like financial services and telecommunications.”

Qantas is feeling confident enough about the outlook to pay shareholders a fully franked final dividend of 13 cents per share and to buy back as many as 79.7 million of the company’s shares.

Tellingly, what areas of strong profit growth there were came mainly from overseas, with the company’s Americas business delivering 44 per cent pre-tax profit growth.

The growth of Flight Centre’s overseas businesses, combined with stagnation in its domestic operations, meant the company generated more than half its profits from offshore for the first time.

Looking ahead, the company’s managing director Graham Turner does not expect that trend to change much over the next year, with Flight Centre’s major growth opportunities offshore, while it hopes for a modest improvement in the Australian operations.

“In Australia, we expect a gradual leisure sector recovery as the year progresses, as the trading climate improves and as our improvement strategies gain traction,” Mr Turner said.

While market conditions and the consumer environment remain subdued, we have seen some margin stabilisation recently.’’

Flight Centre expects to close about 30 shops during the year, opening 20 new ones in different locations, in an effort to “right-size” its network in terms of retail outlets and staff.

The company already shed almost 300 sales staff over the past financial year.

Flight Centre rival Webjet posted a much stronger 46 per cent increase in net profit after tax to $81.3 million.

However, even it pointed to the “tough” domestic travel market, “impacted by the federal election as well as slowing economic conditions” as weighing on its overall result.

Investors were not impressed, despite the growth in earnings, with Webjet shares down 10 per cent to $12.46.