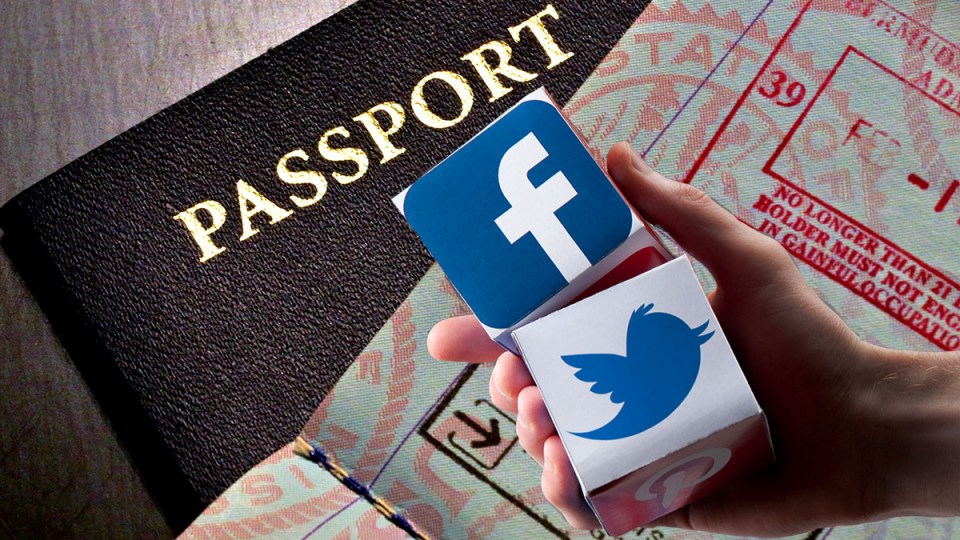 Australians applying for a US visa will now have to list their social media profiles, as well as email addresses and phone numbers, from the past five years, as part of a crackdown on “vetting procedures”.

The new section requiring applicants to disclose their online identities appeared on the visa form on Friday, US time, after being flagged about 12 months ago by President Donald Trump.

It’s estimated it will affect about 15 million visitors and immigrants to the US.

While most Australians don’t have to apply for a visa if they’re visiting the country for less than 90 days, those who fall outside the parameters will need to adhere to the strict new policy.

When the policy was first announced in March last year, Facebook took a strong stance, saying: “We oppose any efforts to force travellers at the border to turn over their private account information, including passwords.”

Meanwhile, the US State Department claims the move is a “critical step” in the enhanced vetting of foreign nationals.

It claims it will work towards preventing terrorists entering the country.

“As we’ve seen around the world in recent years, social media can be a major forum for terrorist sentiment and activity,” a statement from the department said.

“This will be a vital tool to screen out terrorists, public safety threats and other dangerous individuals from gaining immigration benefits and setting foot on US soil.”

The change has drawn outrage from many platforms, including the violation of privacy rights.

“It will infringe on the rights of immigrants and US citizens by chilling freedom of speech and association, particularly because people will now have to wonder if what they say online will be misconstrued or misunderstood by a government official,” the union’s Hina Shamsi told the news outlet.

Others have raised fears it will lead to delays in visa processing.

Other overhauls to the application form include more in-depth details about a person’s travel history, and the need to disclose if a family member has ever been involved in terrorism activity.