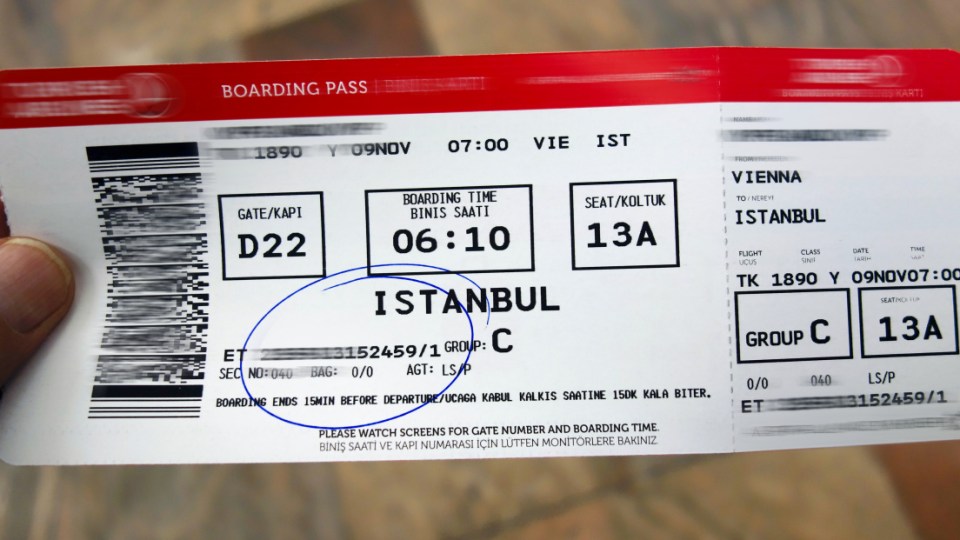 Paper boarding passes will soon be a thing of the past across all of Qantas's flights. Photo: Getty

Qantas and Jetstar will ditch paper boarding passes as part of a campaign to drastically reduce waste.

He said the digital boarding passes were part of Qantas’s bid to cut the amount of waste it sent to landfill by 75 per cent by 2021.

“It is quite literally a waste and we have a responsibility to our customers, shareholders and the community to reduce it.”

He said the company already aimed to have removed more than 100 million single-use plastic items a year from Qantas, Jetstar and QantasLink flights and lounges by the end of 2020.

“It adds up to millions of items a year because of our scale – and there’s a lot more we can do.”

Under the program – described by Qantas as the most ambitious waste reduction target of any major world airline – the group will replace 45 million plastic cups, 30 million cutlery sets, 21 million coffee cups and 4 million headrest covers with sustainable alternatives by the end of 2020.

“This isn’t just the right thing to do, it is good for business and will put us ahead of legislative requirements in the various countries we operate in,” Mr Joyce said.

Meanwhile, the company is to launch a fresh $305 million buyback despite its first-half profit falling 16.3 per cent to $498 million on a big jump in fuel costs.

The $416 million increase in its fuel bill hit Qantas’ bottom line but overall revenue rose 5.8 per cent to $9.2 billion.

Qantas raised its interim dividend from seven to 12 cents and launched a buyback that, once completed, will mean it will have handed back $3.6 billion to shareholders since October 2015.

Qantas expects fuel cost growth to moderate in the second half, falling from 27 per cent in the six months to December 31 to 21 per cent over the full year.

“Higher oil prices were a significant headwind and we moved quickly to recover as much of the cost as we could,” Mr Joyce said.

“That’s easier to achieve in the domestic market than on longer international routes, where fuel is a much bigger factor, and that’s reflected in the segment results.”

Underlying earnings from international operations slipped from a restated $224 million in the prior corresponding period to $90 million.

But Qantas, which this month confirmed it cancelled an order for eight A380s, said it was benefiting from the introduction of the Dreamliner into its long-haul fleet.

Mr Joyce said the Melbourne-Perth-London route meant London was a profitable destination for the airline for the first time since 2010.

Underlying earnings from domestic operations rose 0.9 per cent to a record $453 million, with a 5.7 per cent in revenue more than offsetting the increased fuel costs.