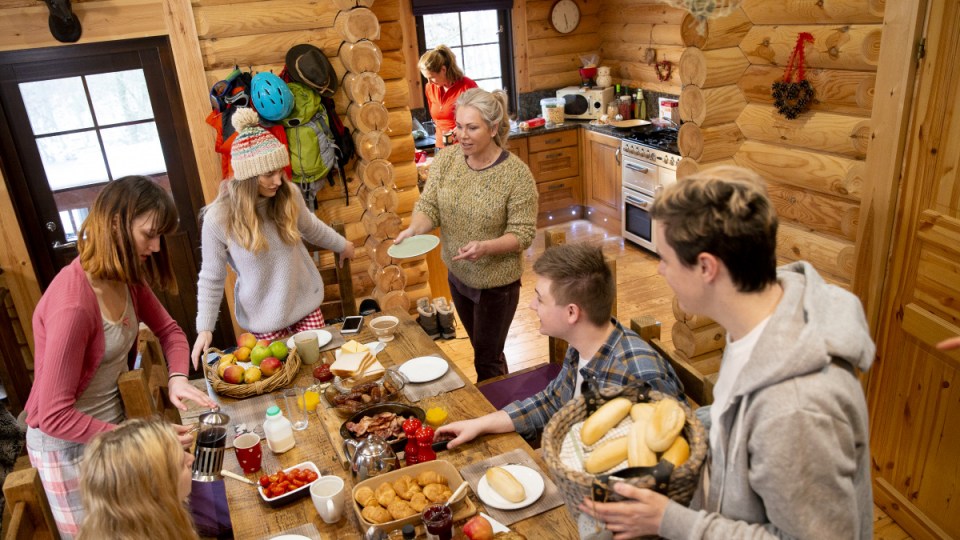 Playing host to a bunch of strangers is a 12-hour-a-day job. Photo: Getty

Peter was a big man. And he sweated a lot.

His group of five, two couples and solo Peter, were staying at my Airbnb for a ski holiday and all I could think of was that his wife must usually do his packing.

Apart from his ski jacket and pants, he had exactly one T-shirt and one sweatshirt. After the first day on the slopes, he thoughtfully washed out the sweatshirt, wrung it out by hand and hung it in the middle of the living room to dry.

Luckily I arrived home in time to stop the ensuring deluge rotting the floorboards. A nearby lodge had changed ownership and I’d got some of their old own-logo sweatshirts for free.

Peter had something to wear, I’d got rid of the XXXL shirts plus made a bit of money and I’d saved my floor.

What a perfect Airbnb host I am.

Unlike Peter, who was an experienced skier, Sam had arrived with his cousin for his first-ever snow holiday and it wasn’t so much that he was ill-prepared, he just didn’t know what to expect.

“But can’t you hire everything?” he asked plaintively.

Skis and jackets, sure, but not socks. I know it’s fashionable for young men to show their ankles but it doesn’t work with ski boots. He had big feet and I had to dig up a pair from somewhere. And it was my birthday.

I also ummed nicely when Celine, a young French woman, showed me pictures of the wedding dress that she had made herself. “And I can’t even sew!” she added proudly.

The wrap of white fabric, gaping and tied in places where a dressmaker would have added zips, buttons and darts, was highlighted by a skirt with plastic tubing threaded through the hem so it rippled around like a crazed lily.

When you run an Airbnb in a holiday resort, as I do, you can expect 12-hour days for several months of the year and almost nothing for the rest. But you want those 12-hours days to go well.

Breakfast at 8am means people wandering down the stairs at 11am, asking if there’s any toast. It means people getting up at 6.30am, saying “I’ll just have a cup of tea” and sitting down to chat while you frantically pull eggs and bacon from the fridge.

It means people still at the breakfast table at 10am, saying “I’ll think I’ll just have an easy day today”.

“Go out, go skiing, that’s what you came here for”.

You don’t want to clean but you must. The minute one guest dumps their week-old banana skins and well-used tissues in the bin is the minute the next guest picks up the lid and says “eew, gross”.

There are a few precious hours before guests finally wander out at 11am and the unwelcome thump of ski boots on the concrete stairs at 2pm, as someone returns home tired or hurt or just couldn’t be bothered.

And in those few precious hours, sitting on the couch, his feet helpfully lifted off the floor as I vacuumed, sat dark-eyed Jarred.

A law student and part-time actor, his looks had got him cast as an Afghan refugee in a television series and his mother proudly told me how boring it had been, sitting in a boat as he filmed for days on end.

And then she went skiing. Which would have been sort of fine, as I am used to people hanging around when they shouldn’t be – except that she had checked out. She had her bags at the door and she’d simply pick up Jarred on the way home.

At 4pm, she and the rest of the group stood outside as they waited for their taxi taking them to the next stage of their adventure. Could they come in and have a cup of coffee while they waited?

With new guests just arrived and their mountain of needs, from quinoa for breakfast to the drama of the four-year-old wearing his six-year-old brother’s gloves, I politely pointed out that the taxi should be here any minute.

What this Airbnb host really thinks of her guests