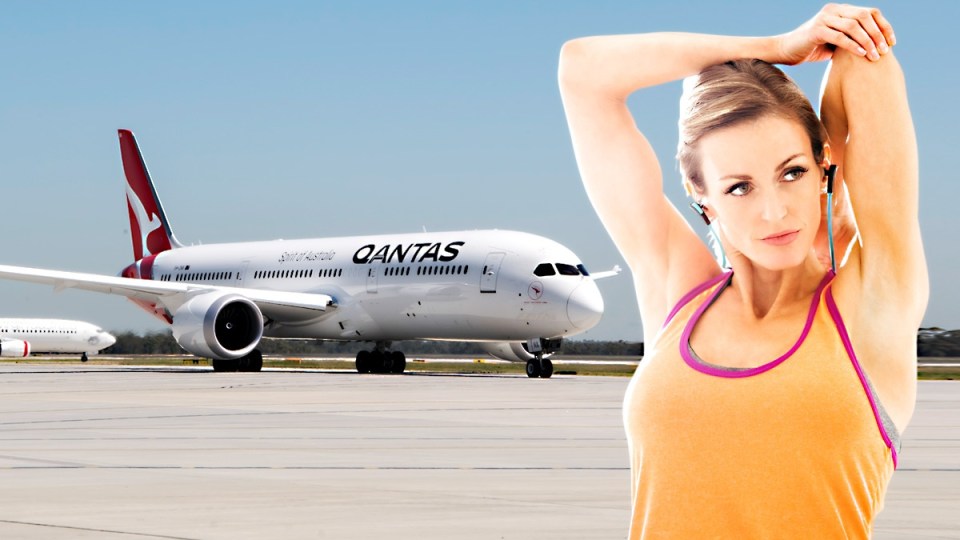 A gym on a plane may not be as far fetched as it sounds. Photo: Simon Rankin

Qantas is looking at designing an exercise space in the cargo hold area of future planes among other “out there” ideas to break up long flights as the aviation industry shifts towards longer non-stop journeys.

The airline confirmed the plans to The New Daily on Wednesday, after a speech by Qantas CEO Alan Joyce was leaked to Fairfax Media.

“Could some of the freight areas we may not use [for baggage] be used as an exercise area? Could they be used for berths for people to sleep in?” Mr Joyce said at an Aviation Club event in London earlier this week.

“We are also looking at, do we need and should we have four classes? Could there be a new class seated on the aircraft?

“What are the out-there ideas that could apply to this that we need to change air travel for the future? And nothing – nothing is off the table.”

Mr Joyce added that Qantas would look to “radically overhaul the cargo hold for passenger use”.

When The New Daily asked Qantas to clarify whether an “exercise area” could mean an on-flight gym, Qantas admitted it had not ruled it out.

Qantas has challenged aircraft manufacturers Airbus and Boeing to extend the flying range of their next generation of long-haul planes to fly directly from the east coast of Australia to cities such as London and New York by 2022.

Mr Joyce hinted that these new aircraft may look different, with Airbus and Boeing also asked to design innovative spaces to enhance the customer experience during the longer flights.

Tony Webber, CEO of Airline Intelligence and Research, said this was Qantas’ strategy to appease consumers who may not be able to stand the thought of a long flight without stopovers.

“They are also attempting to generate more revenue out of a [cargo] space on the aircraft that is typically dedicated to a lower yielding load,” he said.

“Anybody who’s been in a long-haul flight understands the desirability of getting space to sleep or stretch so the demand for this is a no-brainer.”

Mr Webber said the key question was whether passengers could afford to pay for the new class of seats.

“What is critical will be the price points for extra space, including sleeping and gym space, and whether passengers will see value in it.”

He also warned that turbulence would be a difficult problem to overcome.

“When turbulence is approaching you really don’t have much time to get to your seat if you are standing so … the airline would need to have arrangements for turbulence.

“This would necessitate passengers returning to a belted seat. Or if they are sleeping in a flat bed they would have to be restrained in some way.”

From a medical perspective, an in-flight gym would be a good way to prevent deep vein thrombosis (DVT), Mr Webber said.

Aviation lawyer Rebecca Johnston agreed that the concept of a gym – as distinct from any form of exercise area where passengers could simply stretch their legs – would require a number of safety measures.

“If the exercise area is to be like a yoga studio with some mats, then that would be considered low risk in the instance of turbulence,” she said.

“But if there is equipment such as barbells then that’s a very different story.

“Regardless of how the cargo area was to be configured, it would require some means of securing passengers – like the fold-out seats the cabin crew sit on.”

Flight Centre Group’s Haydn Long said any new additions that could help long-haul travellers get a better sleep would be well-received by consumers.

But he said Qantas was not alone in developing new innovative spaces on planes.

“Airlines are doing amazing things like this to differentiate their offerings from the competition,” Mr Long said.

“For example, airlines like Emirates, Etihad and Singapore Airlines are developing first class cabins that look more like hotel rooms.

“Air New Zealand also has its cuddle class economy seat and a few years ago there was talk of airlines introducing an economy class bunk.”