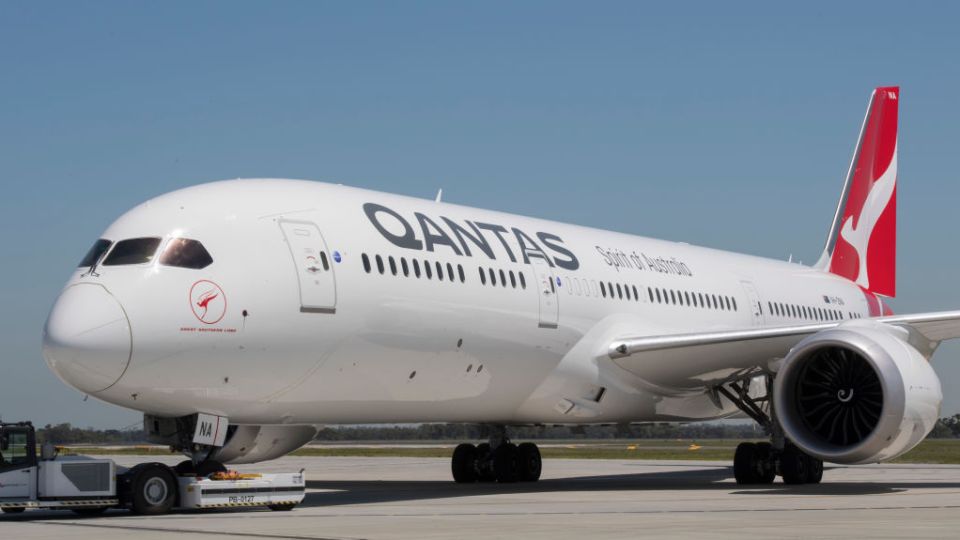 The Dreamliner carried few passengers and no cargo on the record-breaking journey. Photo: Getty

Dry mouth, confusion, increased anxiety or simply extreme boredom – these are just some of the unpleasant sensations you can expect to experience with long-haul air travel.

With Qantas launching its 17-hour non-stop flight from Perth to London on March 24, passengers are now facing one of the longest treks in commercial aviation.

Flights of this length are not unheard of, with routes from Houston and Dallas to Sydney and direct services such as Los Angeles to Singapore and Auckland to Dubai already on offer for travellers wanting to trade a stopover or two for a direct service.

And while the destinations might differ, the problems rarely do: how do you keep yourself feeling human after three-quarters of a day stuck in a metal tube?

Here are some tips from the experts on how to cope with spending so long in a confined space.

Dry lips, nose, mouth and eyes — and don’t forget the sometimes debilitating jetlag — are among the most common issues long-haul flyers can expect, according to travel doctor Sandy Dunne.

But she points to deep vein thrombosis (DVT), which is a blood clot in the leg veins, as the thing flyers should be most mindful of.

One study found the risk of DVT increases every two hours you’re in the air.

Dr Dunne said some people were are at higher risk of DVT, including:

She recommends that anyone who is at heightened risk consult a travel doctor ahead of their flight.

Dr Dunne said travellers should ensure they stay well hydrated, and take practical steps to minimise the impact of dryness, such as packing lip balm and eye drops.

She strongly advises against using sleeping pills on flights.

“If you are drugged out on a sleeping tablet you can stay in one position for a long time and that can increase your risk of DVT,” she said.

Environmental psychologist Rob Hall said airports and, by extension, planes can be places that draw strong emotional responses from people, especially those who are anxious about flying or who are leaving loved ones behind.

Dr Hall said the ultra long-haul experience can take its own particular toll on people, with time disorientation, fatigue, irritability and even the disruption of a person’s rhythm of going to the bathroom potentially affecting a passenger’s emotional state.

He said it was important people find something to keep their mind occupied and find a way to keep moving, even through in-seat exercises — for which many airlines provide ‘how-to’ guides.

“If you are going on a very long flight, it is worth having a little mental checklist and saying, ‘OK, at least once an hour I’ll do all these waggly exercises, I’ll stand up and maybe walk up and down the aisle once or twice’,” Dr Hall said.

“They help you to burn off a bit of muscular energy … and they protect you from things like deep vein thrombosis.”

Captain Brad Hodson, Australian and International Pilots Association acting president, said passengers not knowing what to expect might actually be surprised by how quickly time can pass on a long-haul flight.

“You just have to turn up pretty well rested, drink a lot of water, try not to drink too much alcohol and try to sleep when you can,” he said.

Captain Hodson said with the passengers stuck in the same space for so long, treating each other well was important for ensuring a smooth experience.

“Obviously people will want to get up and stretch their legs and that sort of thing, so it will take a bit of respect for each other to ensure that functions reasonably well,” he said.

“Most of the people who will do this flight are probably seasoned travellers, and will do it because it gets them to their destination quicker than they otherwise would have [on an indirect route].”

Long-haul routes such as Perth to London are made more manageable for crews with the presence of four pilots on the aircraft, allowing two at a time extended rest periods in designated sleeping areas.

“You are able to sleep in them a lot better than you would in a business class seat because they are quieter, they are more comfortable,” Captain Hodson said.

Qantas claims it has made the long-haul flight more pleasant for travellers by offering a more spacious cabin, with 236 seats on its Boeing 787-9 aircraft – as opposed to the more than 300 seats squeezed in by other airlines.

But the airline also had to take fuel capacity into account when deciding how many passengers and how much luggage the aircraft could carry over such a long distance.

Much of the lower density is because of the high number of business class and premium economy seats Qantas has opted for – with those cabins taking up more than half the plane between them.

But the airline has also promised a “roomier” economy seat.