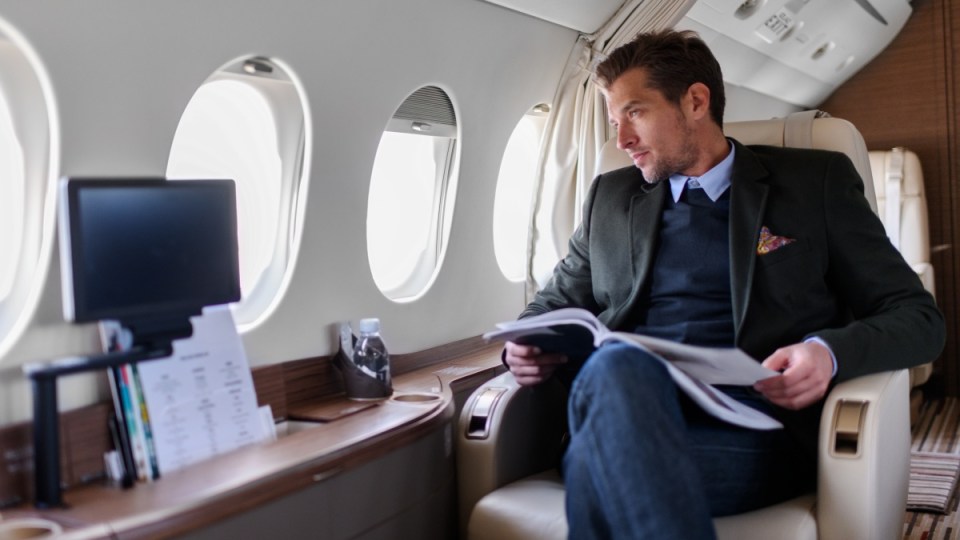 A first class ticket may make overseas travel exponentially easier, but it will cost you a not-so-small fortune. Photo: Getty

The recent launch of updated first class suites by two of the world’s top-tier airlines had us asking, “what do you really get when flying First Class?”.

Well, you get pretty much everything.

You’re chauffeured to the airport, greeted at the curb, ushered to your own über-luxurious check-in desk, plied with champagne (Krug, Dom Pérignon) and then led to your hand-stitched leather seats in the rarefied precincts of the pointy end of the plane.

You can board first. Or last, if you prefer. You can load your Louis Vuitton suitcase with rocks (up to 70 kg on one airline) and you’re showered with gifts. And in some cases you can even take a shower, before climbing into bed. Jet lag? I don’t think so.

The main catch is the cost. We’re talking crazy money. You could fly Australia to London and back in economy 10 times for the price of one first class fare.

In the world of high-end travel one-upmanship, a suite definitely trumps a seat and while airlines are reducing the number of first class suites/seats, they’re making them even more luxurious.

Emirates’ new first class suites on the B777 available on international routes from December 1 (though not on Australian routes as yet) include a lie-flat zero-gravity bed (“inspired by NASA technology”), two TVs (one is 32”HD), two mini-bars, a full-length wardrobe, bespoke noise-cancelling headphones and Steiner Safari binoculars for window gazing.

You can eat and drink to your heart’s content (order on your video phone). You’re given “moisturising pyjamas” that release sea kelp, plus matching slippers and eye mask. There’s a lavish Bulgari amenity kit and a leather notebook and pen “to jot down stories, memories and ideas” because, despite all the high tech, First Class passengers are clearly thoughtful, note-jotting types.

Singapore Airlines have also released their ‘New First Class’ suites, on the Airbus A380 (first flight Singapore to Sydney from mid December).

On the Upper Deck, you can retreat to your suite ­– there are only six – with its “artistically designed sliding doors”, fully flat bed (turndown service, naturally), leather chair and 32”TV.

You will have to share the two double bathrooms with up to five people. You can pre-order your food from the celebrity-chef menu (Lobster Thermidor, anyone?), dine in a restaurant setting (Wedgwood crockery) and consult an “air sommelier” about the wine to drink from Lalique crystal. Service is, as they say, legendary.

Suites, Apartment and The Residence

Etihad was voted the world’s best First Class Airline in the 2017 airline Oscars, the Skytrax Awards. Their A380 fleet has nine First Class Apartment Suites, with fully flat bed, “refreshments cabinet” (aka a mini bar), drawers, shelves and an armchair in case you have a buddy over.

You can order steak from the in-flight chef, there’s turndown service and “pillow mist”. You do have to share two bathrooms, but you can have a shower. Or retreat to The Lobby, to mingle with up to five other First Classers.

And then there is “The Residence”, Etihad’s three-room suite for two people, where you can literally stroll around and have every amenity, plus your own personal butler.

The rest of us can only dream…

What a first class airfare actually gets you