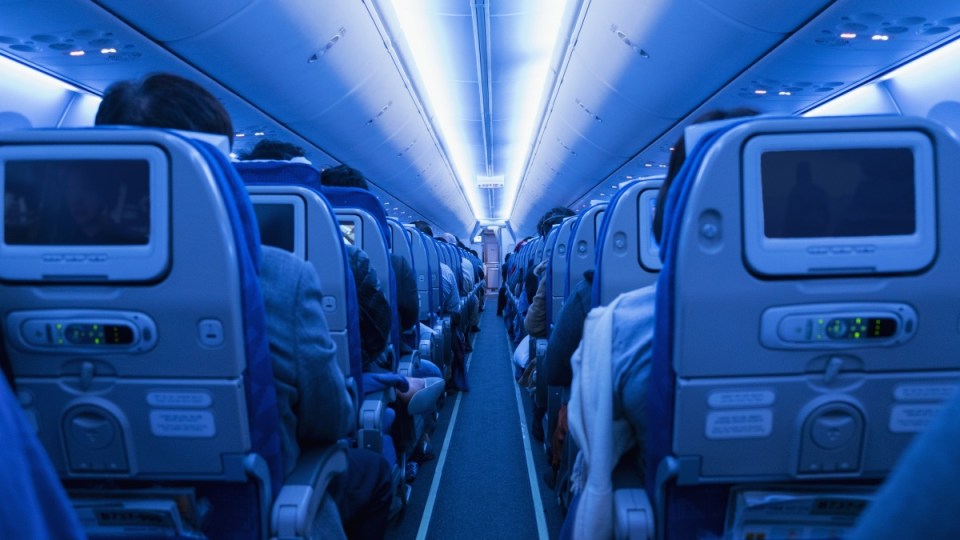 United Airlines has become embroiled in controversy after a passenger was dragged off a flight. Photo: Getty
analysis

The vision of a bleeding passenger being dragged from a United Airlines flight in the US is shocking. The man – a fully booked and paid-up passenger – was selected by an algorithm to be bumped off. After he objected, that was achieved only with violence.

The man is allegedly a doctor and you have to hope he didn’t have any life or death cases to attend to on Monday morning. The way he was treated raises the question: how can airlines do that? How can they sell more tickets than there are seats on the plane?

Turns out airlines don’t guarantee a seat on the flight you’ve booked. They have carve-outs and exceptions that mean overbooking is simply a part of doing business.

Overbooking makes sense, in one way.

Take these numbers as an example: If your plane has room for 100 people and you sell 100 tickets, then, mostly, you fly with 90-95 people on board. After a while, you’ll get wise – if you sell 105 tickets, you’ll be mostly flying with 95-100 people on board. The airline makes more money and everyone gets a seat. Nobody is upset and it keeps the cost of tickets down.

But, of course, sometimes everyone who books shows up. Then you need to make five people not get on the plane. And that’s when things get tricky.

Qantas, Virgin, Jetstar and Tiger all have provisions for booting people off. But in Australia, when they run out of seats in the passenger cabin, the more common result seems to be an upgrade.

Friends of mine got bumped from an overbooked flight recently and spent a very happy two hours exploiting complimentary lounge access and posting glasses of champagne on their social media before climbing into two business class seats on a flight that left slightly later.

In America it is a very different story. I was sitting in an airport in Texas a couple of years ago when they started a sort of buyers’ auction for people to get off the plane. The announcement came over the loudspeaker that they would give $200 to anyone who chose not to fly that day. I might have been tempted had I not had an international connection to make.

Five minutes later, the offer had gone up. First it was $300, then $400. Eventually, for a price of many hundreds of dollars, they convinced enough people to spend another night in the Lone Star state and the plane took off with a bum in every seat. The bidding can go up to $1350 under US law.

At the weekend, United kicked the guy off while the offer was reportedly $800. This is what we call false economy: They saved $550, but the reputational damage United did is going to cost them millions. Not only in the US, but globally. United flies to China, and the video has been shared over 60 million times in China already.

America is the global epicentre of overbooking and denied boarding. But you might get bumped off a flight in Australia sooner than you think, because Australia’s load factor is rising.

That’s the share of seats that are full. Australia’s load factor is 79.2 per cent in January 2017, up from 77 per cent a year ago. And it briefly tipped over 80 per cent in 2016 for the first time in years. We are catching up with America where the load factor is 82.4 per cent and 84.5 per cent on domestic flights. Overbooking is a trade-off. They can make more money on the flight, but only by risking annoying passengers.

And if we know anything about flying in the modern world, it’s that airlines will always choose to annoy their customers to save a few bucks. That means overbooking will be with us for a while yet.

And ultimately, that’s because we often buy on price. While business and full economy airfares have risen along with inflation, airlines now offer basic economy fares, which have been falling. Discount flying is now a huge part of the sector, and the cheapest advertised fares are substantially cheaper than they were in 1994, as this graph shows. Airlines know they need to be able to offer cheap flights. So they’re squeezing more seats into planes, making the meals worse, and overbooking seats.

If we bought on comfort not price, then airlines would overbook a lot less. But who among us hasn’t bought some dreadful flight with an epic layover just to save $50?

The way United treated that passenger is nothing to do with this. That’s just unacceptable. But the overbooking policies themselves are driven by an industry that knows it needs to make the products cheaper, even if it makes them worse.

Jason Murphy is an economist and journalist who has worked at Federal Treasury and the Australian Financial Review.

Flying the friendly skies? I don’t think so