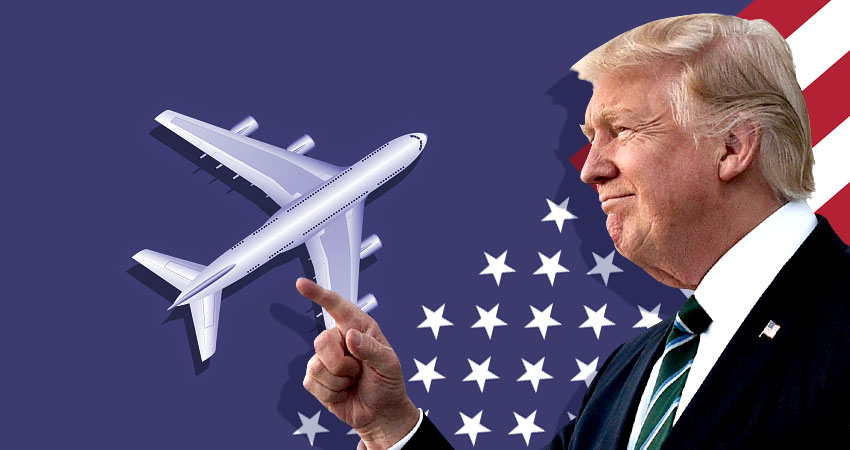 The rise of Donald Trump has led to a fall in foreign visitors to the US.

The election of Donald Trump has turned Australian travellers off the United States as a destination for their next holiday, with fewer making the trip since he became President and industry sources telling The New Daily that interest is continuing to slide.

There were 101,000 departures to the US from Australia in December 2016, the first full month after the US presidential election, compared to 108,100 during the same month in 2015, according to newly released figures from the Australian Bureau of Statistics. It was the first drop in December since 2008.

Australian travellers are not alone in deciding to holiday elsewhere. Figures published by Bloomberg Businessweek project a decline of 4.3 million foreign visitors in 2017 from a year earlier over fears about Mr Trump’s presidency.

Quoting data from research firm Tourism Economics, the article said the slide in visitor numbers could cost the US economy 62,000 jobs and $US7.4 billion in revenue.

While the number of travellers from Australia was steady in January 2017 comparative to last year, a survey of travel companies and international data provides the first indication that Mr Trump is being blamed for a decline in bookings to the US.

Several travel industry sources told The New Daily that interest in the US had waned since Mr Trump became president.

“When comparing the searches before the inauguration on January 20, with the period after, there’s a 9 per cent decline in Australian US searches. That’s more than the global trend, which is a 4 per cent decline,” said the company’s PR manager Lasse Skole Hansen.

“When we look at searches before and after the first travel ban, the decline is a whopping 14 per cent. The global average here is a 9 per cent decline.”

Intrepid Travel, a Melbourne-based tour operator with a staff of over 1600, told The New Daily bookings to the US had nosedived this year.

“Since the inauguration on January 20, 2017, bookings to the US from Australia and New Zealand have been down by 32 per cent,” said spokeswoman Kate Parker.

“The decline was sudden and it happened right after the travel ban was announced. It could be a temporary dip, as travellers wait and see. However, it is in contrast to all the other destinations we travel. For the first two months of the year, Intrepid is up 24 per cent on bookings versus last year.”

Some industry figures, however, poured cold water on the suggestion of a Trump-related downturn. Visit USA Organisation Australia spokeswoman Virginia Haddon said her discussions with tour agencies and airlines suggested that demand was holding up.

“We are all gearing up sort of thinking there may be a slowdown, but at this stage it’s not actually showing that for forward bookings,” she said. “From the tour operators’ perspective and the airlines’ perspective, their seats are full.”

Qantas, the biggest operator between Australia and the US, said traffic was “similar” to last year, but declined to supply figures for commercial sensitivity reasons.

“We’re seeing good performance across the Pacific,” said spokesman Stephen Moynihan. “There is quite a bit of competition between the US and Australia so fares are always competitive.”

Travellers dumping USA in the age of Donald Trump