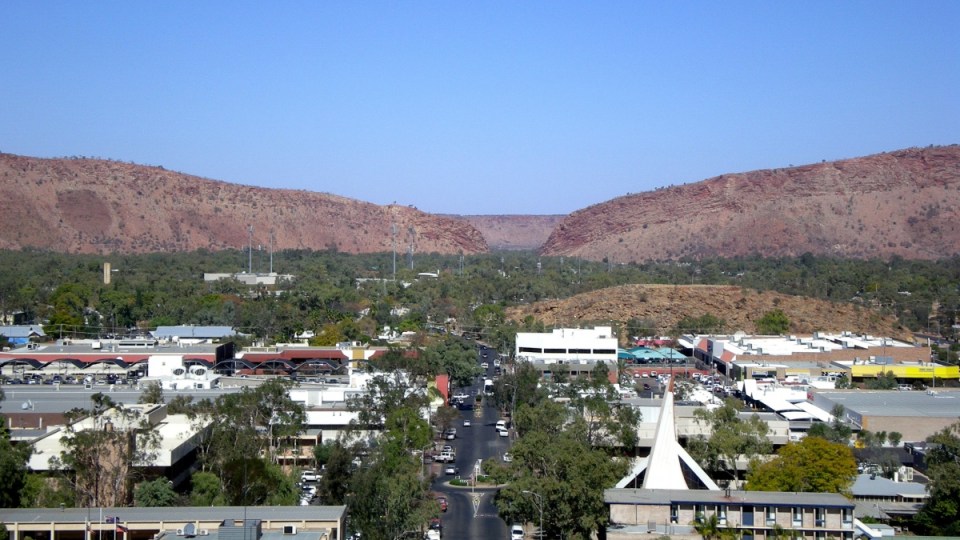 Alice Springs is now named in the foreign tourism advice of a number of countries. Photo: AAP

Foreign tourists are being warned of the dangers of visiting Alice Springs, prompting the town’s mayor to reject the mounting safety concerns despite a spate of high-profile violent crimes in the area.

The UK and Germany are among the nations now warning tourists of the dangers in the remote Northern Territory town, noting rape and armed robberies were a concern.

“There have been some serious sexual assaults against British nationals. Take care in the town centre of Alice Springs at night,” the UK government’s foreign travel advice says.

German tourists are urged to exercise caution in Alice Springs, “especially in the dark”.

High-profile incidents in the area have included the stabbing death of a French tourist in November last year and the horrific rapes of German and Finnish backpackers in 2012. Backpackers have also been the victims of carjackings and robberies.

Alice Springs mayor Damien Ryan dismissed the warnings that the town was unsafe as “not correct”.

He said tourists should exercise caution when travelling anywhere in the world and Alice Springs was no different.

“You need to be personally aware anywhere you go. Alice Springs is a very harmonious place. A quarter of the population have come to live in Alice from other parts of the world,” he told The New Daily.

“I would invite people to visit Alice Springs, it is a safe community.”

In 2016, violent crimes such as common assault and sexual assaults fell 12.4 and 17.1 per cent respectively in Alice Springs, Northern Territory Police statistics showed.

But Mr Ryan said those statistics were Territory-wide and that Alice Springs had actually bucked the trend.

“There’s been good growth in visitors in Central Australia,” he said.

Aside from concerns about crime, foreign tourists are also being warned about other dangers of travelling on the territory’s roads.

Travel advice from the Italian government warns visitors against renting a car to visit Uluru or Alice Springs because “the roads are particularly dangerous”, noting an increase in the number of tourists dying in car accidents.

The Canadian government tells its citizens to “avoid hitchhiking”, adding that “attacks on backpackers have occurred”.

“Exercise caution when driving in rural areas, particularly in the Northern Territory and at night, due to roaming animals, excessive speeding and road trains,” it says.

NT Minister for Tourism and Culture Lauren Moss did not specifically address the foreign warnings about Alice Springs.

“As with travelling anywhere in the world, people should be mindful of their personal safety and take care on the roads in the Territory,” she said, “but our message to the world is that Central Australia is a warm, welcoming place for tourists looking for a unique and magical experience.”